Balls and Bullets For Bucks

While online poker remains in cloudy legal waters, betting on games of skill can still net you some quick cash—if you're good enough to beat the competition 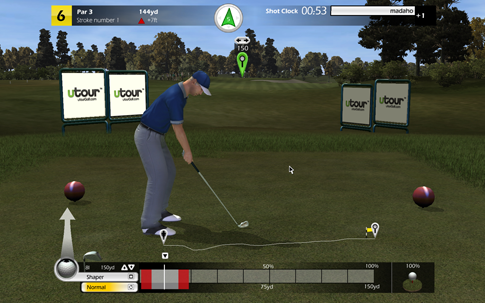 We’re happy to bring you the first installment of our newest regular blog column, “Playing Around” with Steve Morgenstern. Since his days as founding editor of Atari Age_, one of the first videogame magazines (covering the hallowed Atari 2600), Steve has served as reviewer, industry pundit and even a game developer. In his new column he’ll focus on the latest developments in the art and science of electronic amusement, ranging from game design innovations to intriguing new technologies to lifestyle and culture in the interactive age. Without further ado, here’s Steve. [Eds.]_

It’s illegal to wager on online games, right? Don’t bet on it! Our nation’s lawmakers, ever vigilant against sins they’re not personally committing, passed the Safe Port Act in 2006. The bill combines maritime-security enhancements, the creation of the Domestic Nuclear Detection Office and, in a spectacular nonsequitur, the Unlawful Internet Gambling Enforcement Act, effectively banning games of chance by making it illegal to transfer money to an Internet casino. Games of skill, though, weren’t affected.

Betting on a hand of poker, where luck is a factor: illegal. Betting on a game of chess or Bejeweled or Family Feud: no problem, at least in 37 states. In fact, since 1999, WorldWinner, part of the same corporate empire that includes the Discovery Store, ProFlowers and QVC, has been quietly running pay-to-play tournaments of these games and more, with prizes that can reach thousands of dollars.

Skillground Game Network has kicked it up to the next level with UTour Golf. You download the software for free and play as much as you like at no charge. The game mechanics, with three precision mouse-clicks determining the progress of your swing, will be familiar to anyone who’s played computer golf. And although the graphics won’t threaten EA Sports’s Tiger Woods franchise, they’re great for the price.

When you’re ready to flash some cash, choose from entry-fee tournaments large and small, plus quick mini game competitions on the putting green and the driving range. The real juice, though, comes from heading out to the fairway with friends (or strangers with a similar skill ranking) and placing head-to-head side bets on longest drive, closest approach shot or lowest score for the hole. These side bets range from 25 cents to $100. We’re talking serious green on the greens, even after the Skillground folks take their 15 percent cut.

Skillground hosts a few other games for money, only one of which (a first-person shooter called WarPath) is much of a kick. And none of them approach the budget-busting potential of UTour.

If you’re eager to take in real dough for blowing up friends and strangers, watch for Kwari. Already live in Europe, Kwari is a full-featured first-person shooter with a difference. You make money every time you land a shot and take a hit to the wallet every time you get tagged. The game is a free download, with the sponsors profiting the old-fashioned way—they sell ammunition. The online arms merchants at Kwari plan to accept American players later this year.

UPDATE: WorldWinner contacted us to emphasize that they do not consider their games to involve “betting,” since players pay set fees instead of wagers that they can vary, for example, by “doubling down.” Also, WorldWinner does not act as “the house” with a stake in the outcome of a game.