3-D printer support, hands-free operation, and all kinds of other features make Windows 8.1 more than a small update. 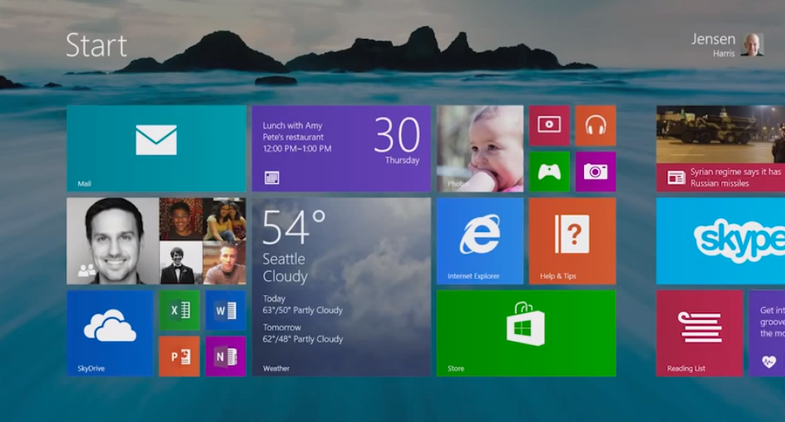 Windows 8.1, the first update to the wildly different new version of Microsoft’s Windows 8 operating system, just arrived in beta. It’s easy to download–easier than the new version of OS X, anyway–but is it worth it? Check out these features and decide for yourself.

The Return of the Start Button

The Start button has been a major part of Windows since all the way back in Windows 95, but Windows 8 removed it. The Start menu, these days, is a totally different-looking touch-friendly array of shiny live-updating squares, but you access it by pressing the Windows key on your keyboard rather than a button in the applications bar. For whatever reason, this alarmed people, so Microsoft stuck in a button where the Start button used to be.

It pops up a semi-transparent version of the modern Start menu, over whatever else you were doing. Cool I guess! You can also right-click to bring up other options like “shut down.”

This is one of my favorite parts of Windows 8.1. Microsoft has a ton of apps already installed, from news readers to music and video players to games, and has updated a lot of those with cool new features. The Food & Drink app collects recipes and tips from famous chefs, but if you’re reading it while cooking, you don’t want to muck up your screen by touching it with your dough-covered hands or whatever. So Microsoft used some of its expertise from the Kinect and made a hands-free mode.

Just wave your hands to swipe through pages and recipes. The computer’s webcam will do the job of the Kinect. Pretty cool! 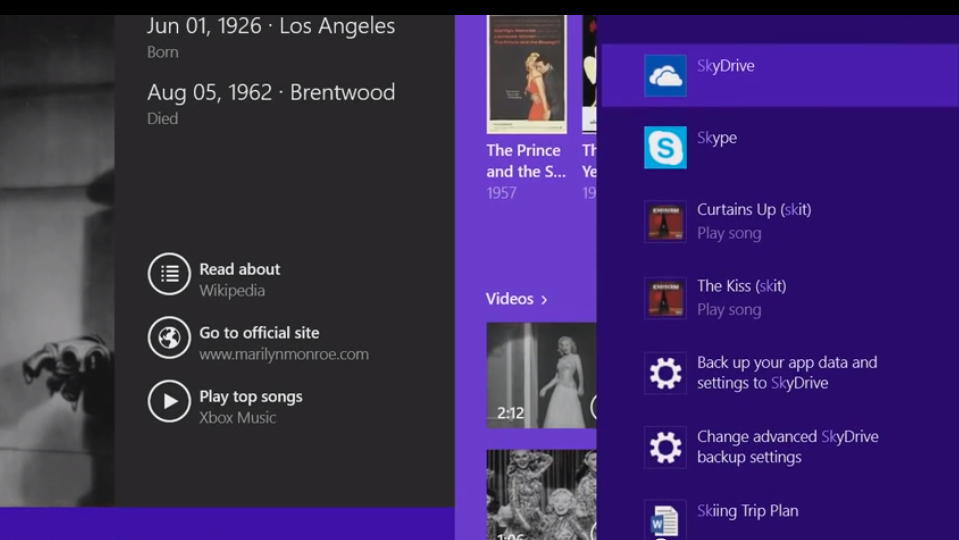 The “Charms” menu, which you access by swiping in from the right side of the screen, has always had a search option, but it wasn’t all that useful before. Now it’s a true universal search function, allowing you to search Bing, but also your files, folders, and applications, all in one box.

Yes, Windows 8 (and 8.1) has apps, just like a tablet or smartphone. These are different from regular applications like Word or iTunes; apps are designed to be used with touch, when your computer is doubling as a tablet. And Microsoft is surprisingly good at designing them. There are a few new ones for this update: a calculator (with scientific and unit converter built-in); Health & Fitness (which monitors your diet and exercise, sort of like a simpler Fitbit); Reading List, which like Instapaper or Pocket lets you save long items to be read later; and updates for existing apps ranging from some small cosmetic changes to the Maps app to a total visual overhaul for the Music app. 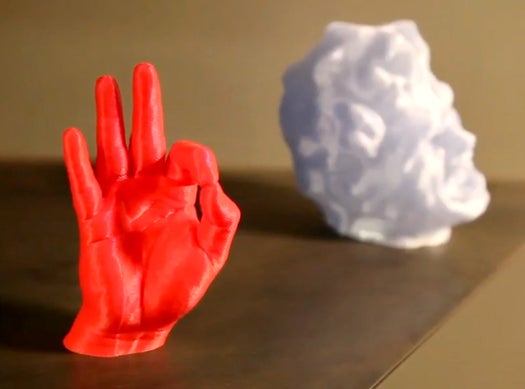 Inside the MakerBot Store

Microsoft says Windows 8.1 is the first operating system to support desktop 3-D printers like Makerbot or Solidoodle intrinsically. 3-D printers will have a driver and an API, just like a regular 2-D printer (or, really, any accessory) so you should be able to hit File -> Print from your 3-D modelling software the same way you would to print from Microsoft Word. Not a huge difference–it’s not like it’s hard to print with 3-D printing software–but should make things a bit easier in the long run as new software and hardware can all rely on a single driver.