An Accessory That Replaces Mouse Movements With Hand Waves

It’s been nearly 50 years since Douglas Engelbart, an engineer at the Stanford Research Institute, invented the first computer mouse. … Continued 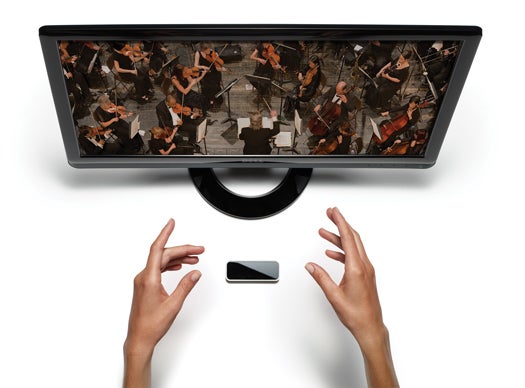 It’s been nearly 50 years since Douglas Engelbart, an engineer at the Stanford Research Institute, invented the first computer mouse. Since then, his basic point-and-click input scheme has remained fundamentally unchanged; even trackpads and touchscreens, which recognize multiple points at once, work on the same guiding principle. Now Leap Motion, a San Francisco company, is aiming to reinvent human-computer interaction.

Connected to any Windows or Mac OS X computer, the Leap uses a combination of infrared LEDs and 1.3-megapixel camera sensors to monitor movement in an 8-cubic-foot field. Leap’s software runs custom algorithms to convert what the device sees into a 3-D map of the user’s hands. The system detects movements as small as one-hundredth of a millimeter—200 times the sensitivity of the Microsoft Kinect—which allows the system to track individual fingertips. The Leap is small enough for manufacturers to integrate into existing laptops and tablets, which could happen as early as next spring.

Out of the box, the Leap will be able to take over basic onscreen navigation, but hundreds more uses are coming. Leap Motion plans to ship the first round of devices to software developers of varying specialties, including gaming and graphic design, and will eventually launch a dedicated app store. Developers have already proposed apps for sculpting virtual clay, conducting orchestras and even translating sign language into text.

In Related News: Make Anything a Keyboard 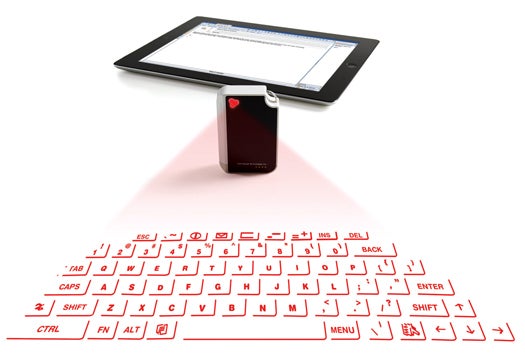 The Brookstone Virtual Keyboard turns any flat surface into a touchscreen QWERTY keypad. Users pair the 1.5-inch Bluetooth accessory with their laptop or tablet. A low-power laser
projector then displays the keyboard while an internal infrared-filtered camera sensor monitors the typist’s fingers. Virtual Keyboard $100