The Mixed Blessings of the iPad’s Retina Display

The iPad's screen is amazing--but for lovers of magazines, photos, and videos, there may be some unexpected downsides 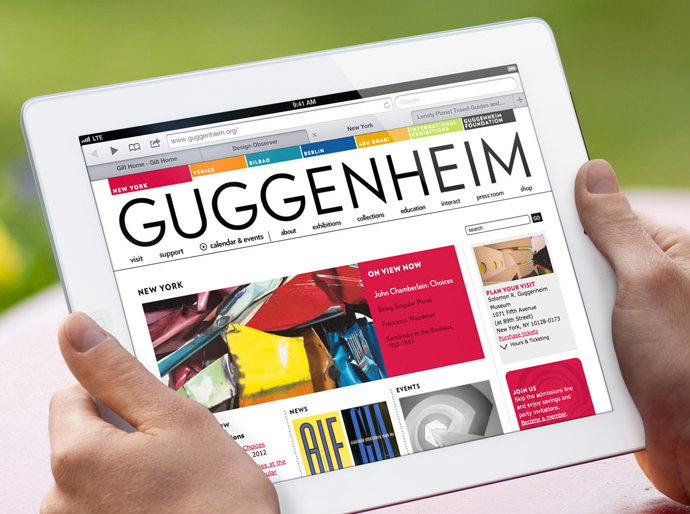 The newest iPad’s new Retina display is a marvel of engineering: a combination of exacting manufacturing, advancements in LCD technology (smaller transistors lead to smaller pixels, which equals higher pixel density at lower power), and possibly some gypsy magic paid for with Jonathan Ive’s toenails. With four times the resolution to work with, apps are going to look almost painfully sharp. But it’s not an immediate win/win: almost everything that currently looks crystal-clear on an iPad’s screen will need a high-resolution overhaul to look equally good spread across 3.1 million pixels. And that comes with some drawbacks, both for app developers and consumers.

Every developer we’ve spoken to ultimately views the four-fold resolution increase on the new Retina display as a very good thing. But most now have their work cut out for them to fill all those pixels, which is not a trivial task.

For digital magazines and newspapers, the increased pixel density will bring the new iPad’s screen close enough to the dots-per-inch of print that the distinction is basically unnoticeable, which will mean gorgeous visuals and razor-sharp text. Behind the scenes, it won’t be tremendously difficult to update magazines (since publications that also exist in print are already dealing with high-resolution files), but it will take some time to adapt them to digital formats. All photos and videos have to be swapped, layouts will have to be adjusted, interfaces may have to be altered, and measures must be taken to ensure that the right version is delivered to the right customer (no sense sending the high resolution version to older iPads).

Then there’s the problem of downloading. Many apps, after upgrading their interfaces and graphics to higher resolutions, are inevitably going to become larger downloads. Magazines will probably become much larger. A typical issue of a publication like The New Yorker weighs in at around 150MB. That’s already large, especially for a weekly publication–and that’s a mostly-text magazine. For many graphically-intensive magazines, like, say, Popular Science, issues can be twice that size.

The Retina display’s resolution is four times bigger than before: twice as many pixels vertically, and twice as many horizontally. But thankfully, that doesn’t mean an across-the-board four-fold increase in file sizes: Text, vector graphics and many interface structures will scale without much or any increase in file size. The largest increase will come from photos and videos, which need more resolution to scale up cleanly.

Huge download sizes are a problem. You won’t be able to store as many back issues on your iPad. It’s worth noting here that Apple hasn’t upgraded the storage capacity of the iPad in this version.

Beyond magazine and newspaper apps, the issue of upscaling content will rear its head elsewhere, especially with videos. Any video you watch now on your iPad 2 (say, one that’s 960 x 540 pixels on the web) will appear much smaller on the new iPad’s Retina display. That’s because 960 pixels fills almost all of the iPad 2’s 1024 pixels of horizontal resolution, yet only about half of the new iPad’s 2048-pixel horizontal span. To view the same video at the same size on the new iPad, it must either be stretched to fit (losing quality) or replaced with a higher resolution version (making it a much larger file).

For streamed videos from services like Netflix and Hulu, you’ll get a helping hand from the 4G LTE antenna, but even the with a solid connection on 4G or even Wi-Fi, you’ll be streaming at 1080p at best–which even then is a slightly lower resolution than the iPad’s screen, meaning full-screen playback will be stretched. And with a less-than-ideal connection, quality will continue to drop.

Nimrod Gat, a developer who’s worked on Boxee’s iPad app, is mostly optimistic about the new hardware. He also noted that there’s more pressure now to take advantage of that screen: “Users expect breathtaking experiences,” he said, “so you should definitely consider than when trying to create a new app.” More breathtaking apps is certainly a good thing. But he also pointed out that the decreased quality of standard-def video–which currently looks just fine on previous iPads–will be “very noticeable” on the new Retina display.

From a developer’s side, he said that users won’t really have to choose between an “iPad” version, for the iPads 1 and 2, and an “iPad HD” version for the new iPad. “You can supply different assets–images, icons–and they’ll do the magic for you,” he said. The proper version for your iPad will be automatically delivered no matter what, but both come in a single universal download. Meaning original iPad users will have to download all the high-resolution assets, even though they won’t be used. Gat noted that many smaller apps would then break the 20MB limit for 3G. Tellingly, Apple just raised the limit to 50MB yesterday.

Photos will probably look incredible on the new iPad–if they’re big enough. Our friends at Popular Photography delved into this more deeply, but the gist is, many photo services on the web deliver photos in sizes significantly smaller than the Retina display’s native resolution. Flickr, for example, limits you to 1,000 pixels in height and width–about a quarter of the screen size of the new iPad. Even crazier, the new Photoshop Touch app, which is otherwise pretty cool, only allows you to work with photos that are 1,600 by 1,600 pixels–which can’t even fill the whole screen.

Sending photos among friends will be tricky too–you’re probably compressing just about every photo you send without realizing it. Facebook compresses photos. Twitpic too. So do services like Instagram and Picasa. We’re definitely interested to see how images from these services look on the new screen; there’s a fair chance that photos won’t quite pop as much as you’d like them to–at least at full size.

In the end, more pixels on the screen and less space in between them is a very good thing for content creators. But don’t be surprised if many of the services you enjoy now in crystal clarity on your iPad take a little while to start serving enough resolution to provide the same experience on a Retina display.