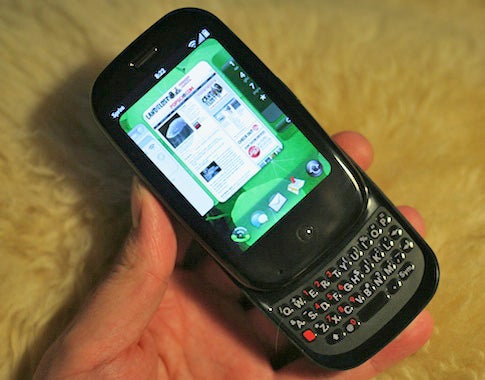 Today, in an almost insultingly brief statement in the middle of a press release about something else entirely, HP killed off its most recent acquisition, and perhaps its most beloved platform: WebOS, the mobile OS designed by the scrappy gurus at Palm. It’s a bitter, inconsequential end for an OS that in its own way paved as much ground as the iPhone, and that even in its current decrepit state is a damn fine platform. WebOS, you deserved better.

Announced back in January of 2009, WebOS felt startling: We hadn’t considered that there might be an intuitive yet un-Apple way to use a smartphone. Using it felt natural in ways that Android never would, and full-featured in ways that the iPhone didn’t, at the time–multitasking made sense, notifications made sense, gestures made sense. You could tell at a glance what was going on in your phone, but it was never wonky or Linuxy like Android, or inscrutable like the iPhone. We noted back in 2009 that there were some major things that the Palm Pre, the first WebOS phone, did much better than the then-current iPhone.

WebOS was a failed OS, there’s no doubt about that. But it failed due to external problems: Palm was too small, and HP too incompetent, to get a respectable development community born. So there were hardly any apps. The hardware, for some reason, never really clicked–Palm had a great track record with its Treo line, but the Pre always felt sort of chintzy despite its frankly adorable design. But what’s worse, WebOS stayed essentially at beta for its entire four-year existence.

The iPhone 1 was revolutionary, but had massive problems (no apps, for one thing), too. So Apple fixed them. Android was awful at first–does anyone remember the T-Mobile G1? It was sluggish, buggy, ugly. So Google fixed it. WebOS started out of the gate as a great OS, fully formed in many ways–and then stayed that way. Problems weren’t addressed. New hardware wasn’t released. The Pre 2 was delayed, and delayed, and delayed, and then dumped, because nobody cared anymore. The Pre 3? Who knows. So Palm folded. Its creators left, hired away by Google, Apple, and Microsoft. The company was sold to HP, an out-of-touch behemoth with a history of mobile failure who had absolutely no idea what to do with the platform they’d just purchased.

Today, they showed just how little they cared about WebOS. In the third paragraph of a press release about the acquisition of some other company, they said: “In addition, HP reported that it plans to announce that it will discontinue operations for webOS devices, specifically the TouchPad and webOS phones. HP will continue to explore options to optimize the value of webOS software going forward.” In their earnings call, HP spent a minute or two explaining that after releasing one tiny low-end WebOS phone (the HP Veer) and six weeks after releasing a WebOS tablet (the HP TouchPad), WebOS was somehow not making gangbusters money, and should be killed. Now, onto some enterprise printer news.

All WebOS support will be discontinued in the fourth quarter of this year, and HP will probably try, as per this tweet, to sell it to another, smaller company for a smaller price. WebOS’s influence lives on, though: The BlackBerry PlayBook, with its QNX operating system, is somewhere between an homage to and a ripoff of WebOS. Both Symbian and Windows Phone 7 have aped WebOS’s multitasking–a smart idea, as WebOS multitasking is still unmatched. Gestures from the bezel can be seen in the weird JooJoo Grid tablet and phone.

But WebOS is probably gone for good, beloved by the few that used it, unknown by, well, just about everyone else.