Testing the Best: The Nikon D3s, the Low-Light King 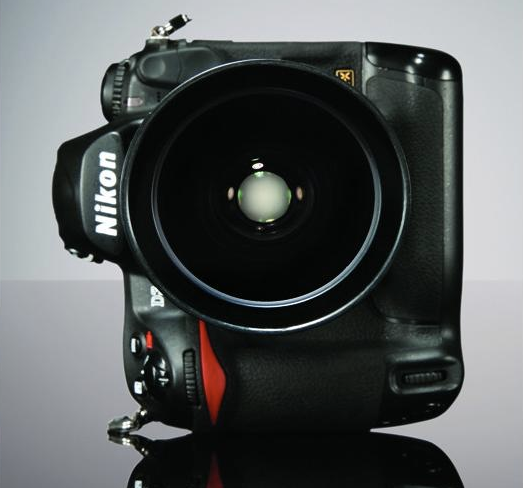 Admittedly, I love most things Nikon. I’m not one of those nuts who walks around clad from head to toe in Nikon apparel, denouncing anybody who dares to use a Canon camera, but I do tend to prefer Nikon’s equipment to other manufacturers. On the other hand, even if you loathe Nikon, even if you own a Canon onesie—you’ll still see the D3s as an incredible achievement.

The first time I ever used a digital SLR was in 2006 while on my very first assignment for my college newspaper, the Daily Targum. That camera just so happened to be a Nikon D200. Before that point, I was an admitted retrophile, hopelessly devoted to film. The D200 changed that, quickly proving itself the greatest camera I’d ever used. That is, until I upgraded to the D300.

Around the time I got my hands on the D300, I began taking on some freelance gigs, shooting concerts. Not concerts in packed stadiums with high-end lighting displays, but the sort of shows in sweaty, cramped, dimly-lit venues, presided over by up-and-comers and won’t-make-its. I quickly learned to accept that in this type of shooting conditions, I would often be forced to either sacrifice quality by jacking up my ISO or sacrifice crispness by dropping down my shutter. Considering the noise levels on the D300 are still pretty moderate even at ISO 2500 (any higher than that, though, and you can forget it) it was in the ISO department that my photos generally took the hit.

But then one rainy summer evening, I was asked to photograph Julian Casblancas, formerly of the Strokes, performing a solo act at a teeny tiny venue in Philadelphia. I headed down I-95 from New York with my usual gear–the D300, with an f/2.8 17-35mm lens and an f/2.8 35-70mm lens. Unfortunately, as soon as the concert began, I went into panic mode. Instead of the typical lighting display I had come to compensate for, someone decided it would look really neat to backlight Julian using a single red light…throughout the entire concert. So when Julian climbed up onto the balcony, and then onto a speaker mounted about 15 feet above the floor (all while girls clawed at his feet), I stood there helpless, unable to shoot anything passable at all.

After that disaster of a shoot, I decided enough was enough; I needed to find a camera that could handle itself in any lighting situation. It was then that I decided I needed to get my hands on a D3s before my next concert shoot. Fortunately, not long after the Julian Casblancas show, I began working at Popular Photography, where a D3s is kept in house for testing out new lenses.

A few weeks later I got called out to shoot another concert, this time in a quasi-venue/quasi-practice space/quasi-basement in New Jersey called the Starland Ballroom. Still reeling from the horrors of missing the once in a lifetime Julian Casablancas photo, I showed up to the venue feeling a bit uneasy. Sure, I knew the D3s was theoretically capable of ISOs reaching 12,800, but I had no idea how the quality would be—and I had my doubts that the highest ISO would be able to get a solid image in such poor lighting.

I was in for a pleasant surprise.

The lighting at the show was as bad, if not worse, than at the Philadelphia show. As the concert began, I felt the opening pangs of panic mode all over again, but that feeling swiftly subsided as I threw the D3s’s ISO up to 10,000 and began firing away. At first I wasn’t sure how the images would turn out–while they looked great on the camera’s 3-inch LCD-screen, looking good on a 17-inch monitor, let alone in print, is a different beast all together. Regardless, I put my faith in the camera’s LCD display, and, hoping all the hype I had heard about the camera was accurate, pressed onward. 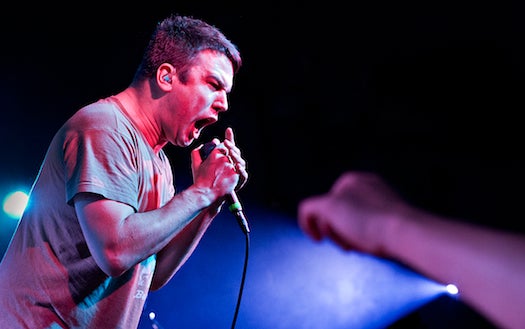 Max Bemis (of Say Anything) at the Starland Ballroom–the D3s managed to capture this tricky shot in a dank New Jersey basement venue with aplomb.

The next day, I began uploading and sorting the images to be transmitted with bated breath. While I was confident that my angles and perspectives were solid, all photographers know that with great photography often comes great disappointment. As the images appeared in my Lightroom catalogue, I breathed a sigh of relief—the image quality looked, well, incredible. Not only was there virtually no noise at all at ISO 10,000, but even the images where I pushed the cameras all the way up to ISO 12,800 looked solid.

Digital photography has come a really long way since the turn of the century, but the D3s marks the first real time that a digital camera is able to capture images in places film never could. One needs only to try the D3s once to be hooked on it. My experience in that dank New Jersey basement, and the fantastic photos that came from it, are more than enough to anoint the D3s one of our Best of What’s New.