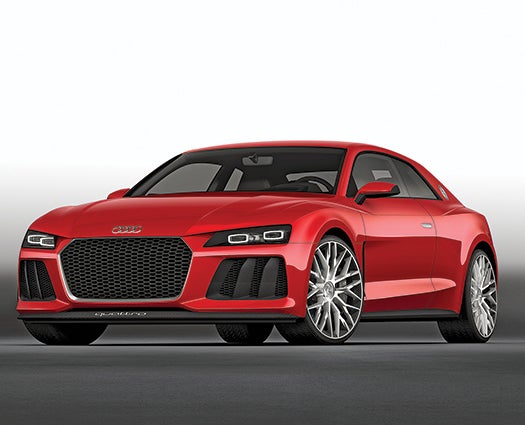 There are headlights that sync to your steering, ones that shift their aim when the road curves, even ones that dim their glare when they sense other cars. But with the new Laserlight system, Audi is returning to the basics: making beams brighter.

Engineers replaced standard high beams with blue laser modules. Laser diodes shine through a phosphor plate, which turns the glow white. This creates brights that are three times as powerful as LEDs and can illuminate beyond 500 yards. Brighter lights means better visibility and safer driving. (Don’t worry, they also dim when another car approaches.) The lights are already on Audi’s R18 e-tron Quattro LMP1 racecar, but because of U.S. safety regulations, their stateside appearance may take a few years.

In Other Car News