Cars In New Zealand Are Running On Beer-‘Flavored’ Gasoline 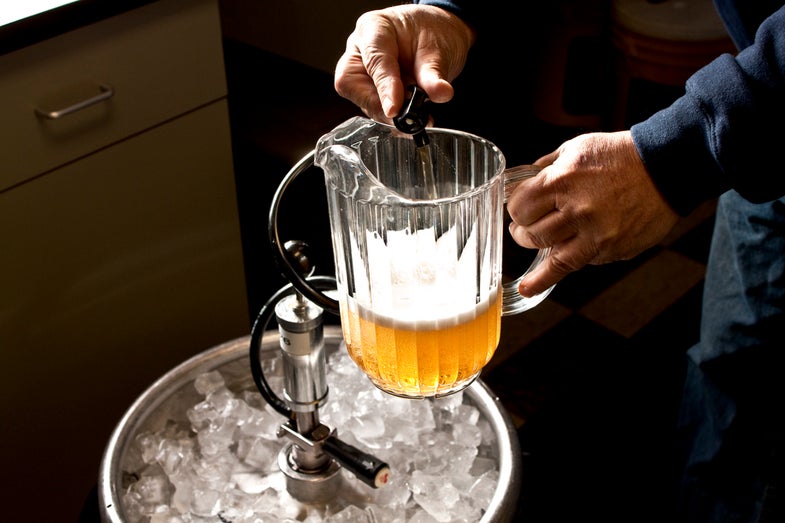 Generally, beer and moving cars don’t work well together. But in a few places, companies are recycling the detritus of the beermaking process into a clean gasoline additive that allows cars to get from A to B without using as much of the precious fossil fuel.

The latest venture comes from New Zealand where for a short time, motorists can fill up their cars with beer. Or, more precisely, a substance that comes from beer. One of the leftovers of the brewing process is a slurry of yeast that didn’t get used in the fermentation process. This yeast can be re-used to create more alcohol (aka ethanol), which can then get distilled and refined into an ethanol version that is of a high enough quality to put in your gas tank. (Don’t pour your drink into the gas tank. It won’t power your car. And you will have wasted a drink.)

Using ethanol to power cars isn’t new. In the United States, some corn is grown exclusively for the purpose of being turned into the biofuel. Brazil, taking a slightly greener approach, has been recycling sugarcane waste to create ethanol for years. And on the beer front, Molson Coors, a brewing company giant, has been making ethanol from beer since 1996, and in 2008 all cars at the Democratic National Convention in Denver ran on their version of the beer-based biofuel.

Their blend had one advantage over the Brewtroleum being made in New Zealand. While the New Zealand blend was 90 percent gasoline and 10 percent beer-derived ethanol, the blend created for the 2008 convention was 85 percent ethanol and 15 percent gasoline. The reason for the lower percentage? Many cars still can’t run on such high proportions of ethanol to gasoline. Using the wrong fuel can cause problems in engines particularly small ones like chainsaws or lawn mowers.

Brewtroleum is only available for a limited time and the people who came up with this idea only started thinking about it in February of this year. If all goes well, they might extend the lifetime of the product. Creating a cleaner fuel from leftover beer reduces waste, and reduces gasoline usage. We can all drink to that.