The Bar Is Open: A Slot Machine That Pays In Drinks

Gambling just to win silver coins can get boring. Instead, play for a perfectly crafted cocktail. The BarBot was built... 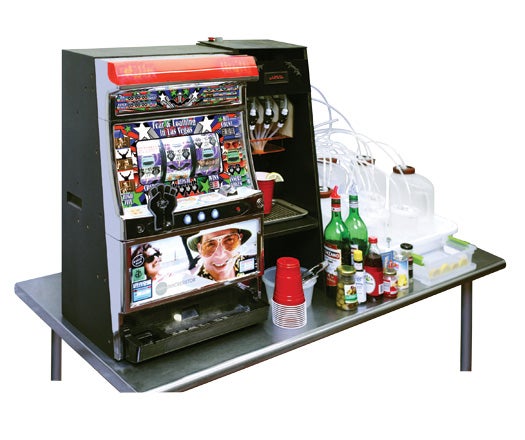 Gambling just to win silver coins can get boring. Instead, play for a perfectly crafted cocktail. The BarBot was built by a team from the hacker collective NYC Resistor as part of a hacking competition co-sponsored by the videocontent company VIMBY and the carmaker Scion. The group started by buying a decommissioned slot machine from Japan on Craigslist. They added graphics to give it a Fear and Loathing in Las Vegas theme, figuring that would be the perfect way to tie together gambling and booze.

Wires soldered onto coils inside the machine determine what you end up drinking. The wired coils magnetically turn the rotors within three spinning wheels, and a computer detects the resulting combination. The team programmed the machine to stop only on mixes you’d find in a bartender’s manual; just for fun, it also pays out tokens, but it yields a drink or a re-spin for a drink every time. The computer receives the result and sends ingredients and proportions for the winning drink to a microcontroller, which directs the bar unit, where pressurized containers store alcohol and mixers. The microcontroller uses solenoid valves to flow the ingredients in timed increments through a group of nozzles. An LED screen displays what’s just been served, along with witty lines inspired by Fear and Loathing. Our favorite: “As your attorney, I advise you to spin!”
Time: 320 hours
Cost: $3,000 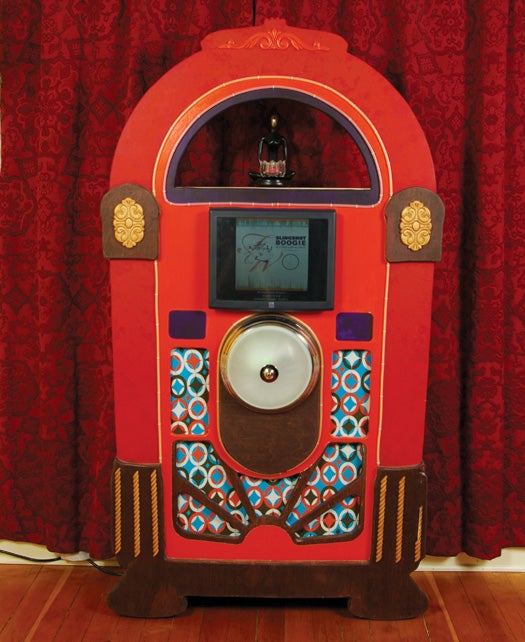 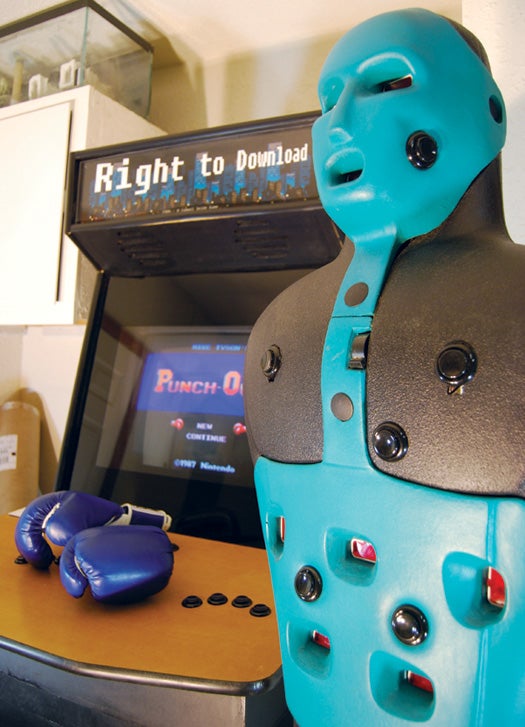 Sam Seide, a graphic designer from Oklahoma City, converted a workout dummy into a controller for his custom version of the classic boxing game Mike Tyson’s Punch-Out. He cut holes in the dummy and mounted buttons wired to an interface board that converts electrical pulses into commands a PC understands, enabling them to each direct a different move, such as left jab, block, or body blow.
Time: 33 hours
Cost: $150