Our brains love spreading lies all over the internet 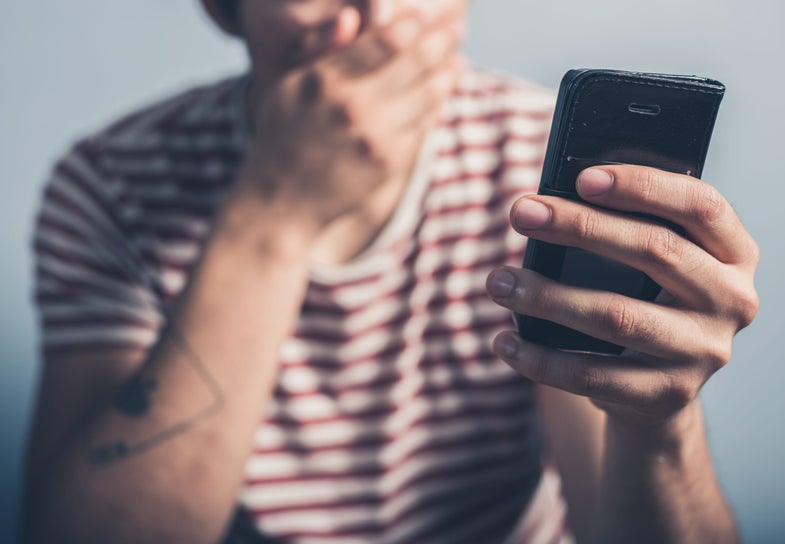 Social media allows us to catch news in real time, but it also makes it incredibly easy for false information to spread. A new study published this week in Science suggests that hoaxes, whether they be unintentional nuggets of misinformation or malicious pieces of propaganda, actually disseminate more quickly than pieces of true news.

But that’s not at all surprising, from a psychological standpoint. By their very design, these falsehoods prey upon some of humanity’s greatest cognitive weaknesses.

Because most people get information from social media without thinking about which traditional news outlets the stories come from, the researchers—Soroush Vosoughi, Deb Roy, and Sinan Aral of MIT’s Media Lab—didn’t just look at “fake news” published in full-article form. They instead tracked “rumor cascades,” or the spread of tweets involving any piece of information (texts, photos, links to articles) that purported to be true news. That leads us to a brief caveat: this study isn’t necessarily evaluating our ability to tell whether or not a news article is biased to the point of absurdity, or downright untrue. A tweet with a lie in it isn’t exactly the same thing as a news article full of misinformation. But while “fake news” is quite the hot topic, internet falsehoods in general are probably pretty dangerous, too.

Back to the methodology: Each individual fact counted as a rumor, and each time it was independently presented as news counted as a cascade. Cascades grew with every retweet. A rumor might have several “size one” cascades if multiple individuals tweeted the information without getting any retweets, or a rumor might have a single, large cascade if 1,000 people retweeted a single instance of the claim.

By mining Twitter data from 2006 to 2017, the MIT team found around 126,000 cascades spread by some 3 million people more than 4.5 million times. They then fact checked them with reliable sources (snopes.com, politifact.com, factcheck.org, truthorfiction.com, hoax-slayer.com, and urbanlegends.about.com) and calculated how big each rumor got—and how quickly.

According to their analysis, false information was 70 percent more likely to get an initial retweet. On the whole, they report, “falsehood diffused significantly farther, faster, deeper and more broadly than the truth in all categories of information.” But the effects were strongest for false political news, with the total number of false rumors peaking at the end of both 2013 and 2015 and again at the end of 2016, corresponding to the last U.S. presidential election.

Lest you try to blame bots, well, the researchers used software to try to weed them out. At least based on the fake accounts they were able to catch, it seems that robo-tweeters had equal success in sharing true and false pieces of info; it was human users who saw runaway success when spreading fake news. Major influencers weren’t to blame either, apparently, because the MIT researchers saw more falsehoods spreading faster from Twitter users who followed and were followed by fewer people. After looking at the kinds of language used in sharing the most pervasive falsehoods, the authors concluded that the novelty and emotional charge of untrue rumors fueled their spread.

But this study doesn’t mean we’re all trapped in a hopeless cyclone of misinformation.

“I think that panicking about fake news on Twitter is the wrong reaction,” Duncan Watts, a specialist in social networks at Microsoft Research who wasn’t involved in the new study, told Nature. Other research, he argues, suggests that most people overwhelmingly consume real news in lieu of the fake stuff. Robinson Meyer at The Atlantic also rightfully points out that the study’s methods might inadvertently ignore non-contested news—stories so undeniably true they don’t get fact checked on websites like Snopes. But the findings are still disturbing.

“The key takeaway is really that content that arouses strong emotions spreads further, faster, more deeply, and more broadly on Twitter,” Rebekah Tromble, a professor of political science at Leiden University in the Netherlands, told The Atlantic. “This particular finding is consistent with research in a number of different areas, including psychology and communication studies. It’s also relatively intuitive.”

Indeed, the notion that we might be attracted to false information is far from surprising. The simple fact of the matter is that our simple brains only want to believe facts that fit our existing belief systems.

Our minds boast many a cognitive bias—ways we process information other than thinking about it rationally, probably as an evolutionary quirk meant to help us make snap decisions before getting, like, eaten or something—and they’re a real pain in the butt. We remember the past as being better than it was, we believe things more the more often they’re repeated, and we let new events color our recollection of old memories, among other things. But a lot of our love for lies comes from good old confirmation bias.

Most people wouldn’t share something they suspected to be untrue, so it’s probably safe to posit that a fake rumor is more likely to be successful if it makes someone say, “yeah, sure, makes sense to me!” Unfortunately, we have a hard-wired tendency to try to fit every new piece of information we learn into what we already know to be true. This can lead us to dismiss evidence of climate change as being obviously untrue, or encourage us to cherry-pick pieces of data that support the (debunked) notion that global warming is happening naturally, without human input. Our brains are desperate for evidence that what we already believe is true, which makes it oh-so-tempting to take for granted something that fits our favorite narrative. Admit it, it’s happened to you: even if you’re sure you’re not one of those people who spreads so-called fake news, it’s pretty dang likely you’ve accidentally shared something false at least once because something in your brain sang out “yessssss, I knew it.”

We also love finding patterns where there aren’t any, which allows all sorts of conspiracy theories to persist on Twitter and elsewhere. In short, our brains are often quite dumb.

The MIT researchers think that sheer surprise might also be a factor. Something made up is more likely to seem like it’s coming out of left field than something true (given how real-world events tend to unfold in a linear fashion, and all that) and that might make us more excited to spread the word. Of course, many would argue that our current news cycle is frequently surprising, so perhaps phonies won’t have an edge in this regard for much longer.

In any case, the only way forward—at least while the engineers behind our favorite social media platforms continue to fail to stop the spread of falsehoods—is to put that lazy brain of yours to work. We may be simple creatures with biases a-plenty, but pausing to think through the rationality of something (or, crazy thought here, checking other sources to see if it’s true) before hitting the retweet button can help elevate our powers of reasoning. Another recent study found that folks get worse at weeding out hoaxes when their newsfeed is too flooded, suggesting a little more time to think might make all the difference.

And eventually, maybe scientists and social media companies will figure out what else we can do about it. MIT’s team hopes to explore options in future studies. “Let’s not take it as our destiny,” study author Deb Roy told Reuters, “that we have entered into the post-truth world from which we will not emerge.”