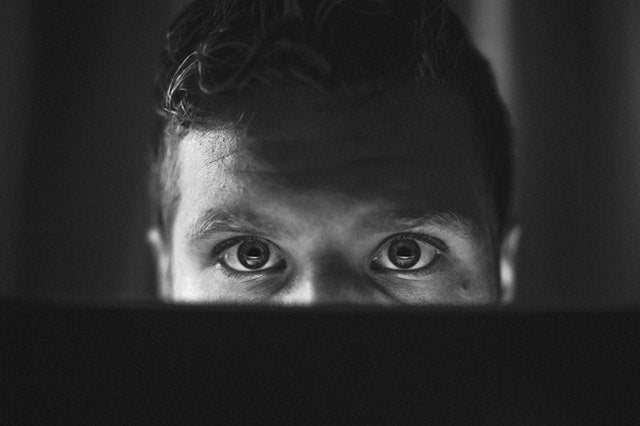 A picture is worth a thousand words. You have to see it to believe it. Pics or it didn’t happen. The trust we put into visual cues is all but encoded into our language. But what happens when the visual information itself is a lie? How effective are we at teasing out fact from optical fiction? Not very, according to a recent study in the journal Cognitive Research: Principles and Implications.

The results matter because, as the study’s authors note, we live in a world where images are routinely altered. A generation ago, convincingly manipulating photos was difficult and labor intensive—the domain of experts. These days, with the rise of digital photography and cheap editing software, anyone with a bit of time and access to a computer can probably make something reasonably convincing. This means way more fun visual gags on Twitter, yes, but it can also shift our perception of reality—leading us to believe things that aren’t true.

Copious air brushing in the fashion industry, for example, has been well documented in its ability to alter our perception of what the typical human body looks like—sweat, stretch marks, pores and all. More recently, false images have become political memes, spreading disinformation (malevolently or otherwise).

The study, led by University of Warwick psychology researcher Sophie Nightingale, relied on an online test. The researchers started with 10 real (in other words, not manipulated) pictures from Google Images. Six of them were subjected to five different forms of data manipulation each—some producing physically possible images, some staying within the bounds of reason—to create an additional 30. These manipulations included air brushing, the introduction or subtraction of people or objects, changes in lighting, and changes in landscape geography. Participants, 707 in all, were each shown 10 random images—always including all five manipulation types and all five original images, but never a repeat of the same type of manipulation or base image—and asked to determine their authenticity. If you’re curious, you can take the test yourself here.

Below is one of the altered images—you can toggle back and forth with the original. Can you spot the difference? We’ll explain at the end of the post.

Participants were best at figuring out that a photo had been manipulated if something about the resulting image was physically implausible (geometric inconsistencies, shadow inconsistencies, or something implausible added to the picture, for example). But even then, subjects weren’t necessarily great at specifying what was wrong. It was as if those sorts of pictures triggered some spidey sense, but viewers still had a hard time figuring out what was making it tingle.

The study authors aren’t entirely sure why humans seem to be so shoddy at sussing out fact from fiction. In the paper, they speculate that perhaps we have the visual shortcuts that make our brains so speedy to blame: most of us understand how a shadow should fall, for example, but our brains aren’t designed to latch onto the position of a shadow when we look at an image. We gloss over a lot of what we see so that our brains can more quickly process the information that seems most important. In the conclusion of the paper, the study authors don’t sound entirely optimistic about the prospect of training individuals to be more discerning, but they point out that making a more manual effort of taking the image in might help.

“Future research might also investigate potential ways to improve people’s ability to spot manipulated photos. However, our findings suggest that this is not going to be a straightforward task,” they write. “We did not find any strong evidence to suggest there are individual factors that improve people’s ability to detect or locate manipulations. That said, our findings do highlight various possibilities that warrant further consideration, such as training people to make better use of the physical laws of the world, varying how long people have to judge the veracity of a photo, and encouraging a more careful and considered approach to detecting manipulations. What our findings have shown is that a more careful search of a scene, at the very least, may encourage people to be skeptical about the veracity of photos.”

In other words, don’t just look at a picture expecting it to be real. Look for things that might suggest it’s not. Of course, that has its potential downsides. Going into every interaction with a digital photo under the presumption that it’s fake-until-proven-real makes it easier to discount evidence that doesn’t support your personal beliefs.

“Increased skepticism is not perfect,” the study adds, “because it comes with an associated cost: a loss of faith in authentic photos.”

The whole prospect becomes even more chilling when you realize that the same digital manipulations can tweak video, too. Many of these alterations reveal themselves with a little digging, since the data contained in a digital photo usually leaves clues as to whether or not the file has been modified. But most of us don’t have hours to spend poring over viral images to figure out if they’re real.

“Images have a powerful influence on our memories,” study co-author Derrick Watson said in a statement. “If people can’t differentiate between real and fake details in photos, manipulations could frequently alter what we believe and remember.”

So take heed: Increasingly, the fact that you see it doesn’t mean you should believe it.

To see the difference, look at the tree line. This photo was provided courtesy of Sophie Nightingale, Cognitive Research, 2017