You’re pretty likely to get your butt kicked in either one, though 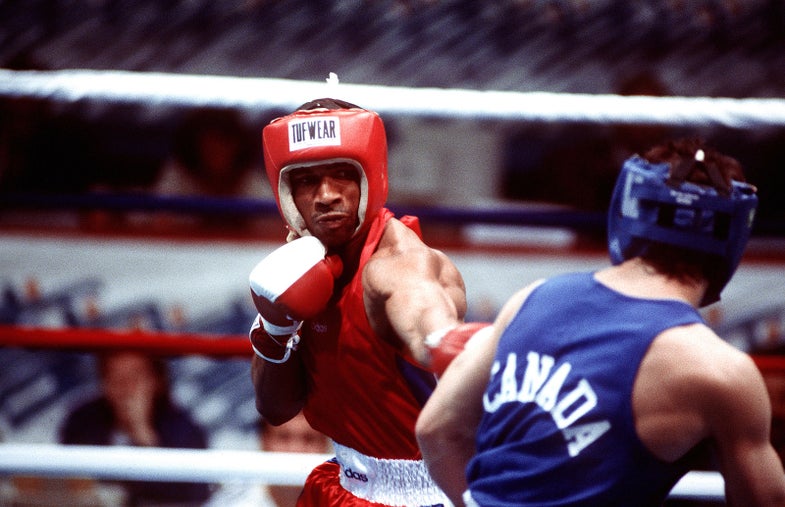 Mixed martial arts (MMA) has a reputation for being vicious and violent that has been tough to shake. Fighters often leave the ring with blood dripping from their faces; last year, celebrity and champion Ronda Rousey told a radio host that, “the pretty girls are the ones you need to look out for,” because they’re the ones that don’t get hit.

But according to a recent study from researchers at the University of Alberta and published in the Clinical Journal of Sport Medicine, boxing is the tougher sport. That’s because of the types of injuries that are most common in each, based on post-fight medical examinations.

The data in the study was compiled with data collected from medical examinations of 1,181 MMA fighters and 550 boxers who fought matches in Edmonton, Canada between 2003 and 2013. The researchers found that while MMA fighters were more likely to get injured—about 60 percent of them had injuries after matches, compared to about 50 percent of boxers—boxers were the worse for the wear because of the kinds of injuries they received.

Boxers had more severe injuries—broken bones, serious eye injuries—and lots of head injuries, such as a concussion or losing consciousness during a match. And while some MMA fighters also had head injuries or lost consciousness, most of their injuries were cuts or contusions. “Most of the blood you see in mixed martial arts is from bloody noses or facial cuts; it doesn’t tend to be as severe but looks a lot worse than it actually is,” said Shelby Karpman, a sports medicine physician and an author of the study, in a press release.

The researchers didn’t speculate as to why the injuries varied, but the types of gloves that fighters wear (boxing gloves are thick and padded, MMA gloves are thinner with the fingers exposed) might affect the types of injuries that are most common–a topic of some debate among officials.

Because of the severity of their injuries, boxers were more likely to receive a suspension due to injuries from previous matches. But, interestingly, the study authors point out that MMA fighters don’t receive enough medical attention because of their reputation as overly violent athletes. That might mean that some MMA injuries have gone unreported, or their severity underplayed, even though the study looked at twice as many MMA fighters than boxers.

With any mention of head injuries these days comes the discussion of chronic traumatic encephalopathy, or CTE, a degenerative brain disease that researchers have connected to the repeated head trauma experienced by professional football players. There’s little long-term data on the frequency of CTE in boxers; there are a few more studies done on MMA fighters, and the brain trauma does appear to be fairly common in both boxing and MMA. Studies like this one raise more questions about the lasting effects of injuries in contact sports and highlight the need for long-term studies.