By keeping the people down 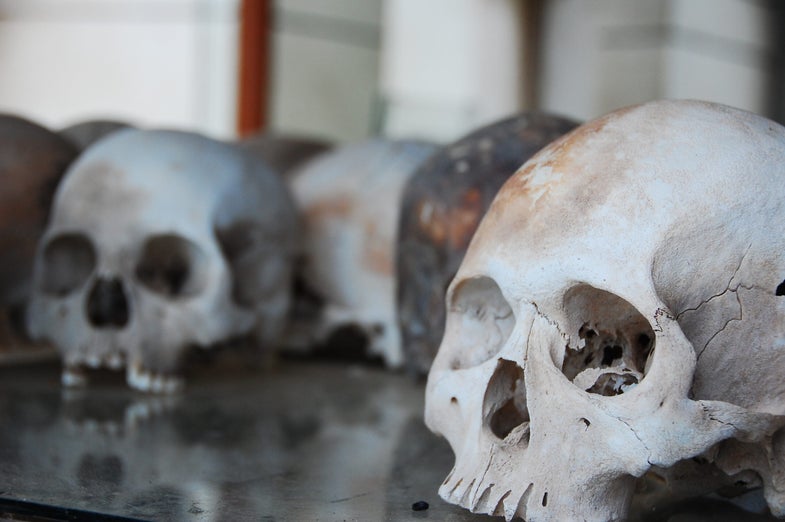 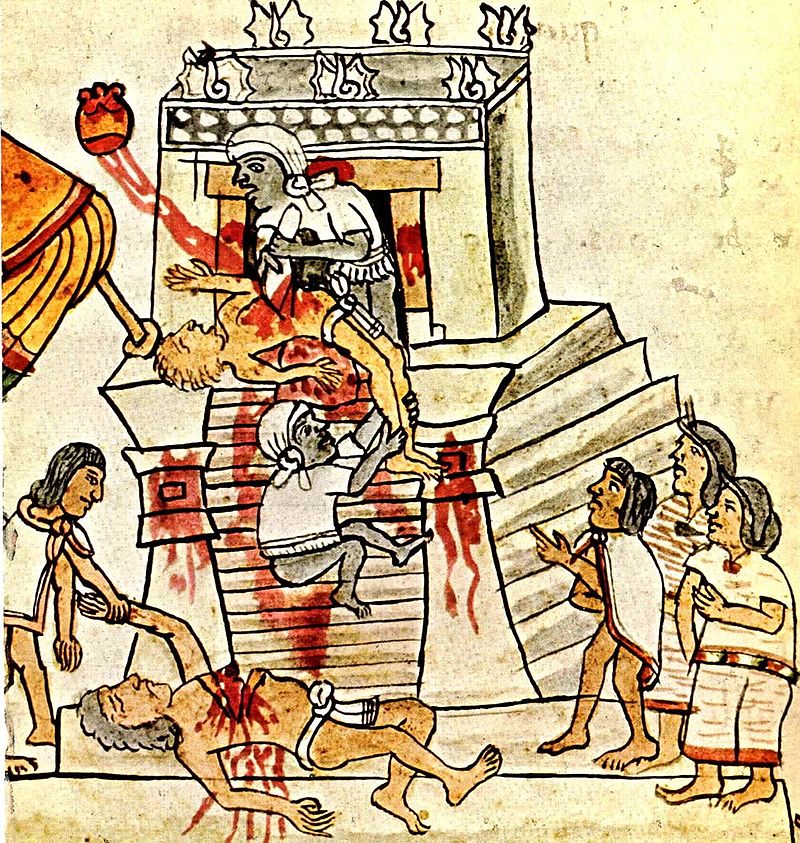 As portrayed in the Codex Mendoza, a history of the Aztec empire in pictograms.

Mummies–unearthed in pits, dug from mountain sides, and thawed from ice–tell a story of ritualized killing that is as old as human society. Their leathery remains are mangled, tied, cut, and twisted in all manner of deformity and mutilation. The grotesque evidence of human violence horrifies and fascinates us, and makes us wonder how we ever did such things.

Yet no matter how barbaric the practice may seem, the reasons for doing so couldn’t be more relevant. Anthropologists from New Zealand have collected evidence that suggests that ritualized human sacrifice was a driver in the formation of the large scale, stratified societies we live in today, and was used as a tool to maintain social hierarchies. Their findings are published online in the journal Nature.

Human sacrifice has occurred in early Germanic, Arab, Turkic, Inuit, American, Austronesian, African, Chinese and Japanese cultures. Put more simply, humans from all over the world were killing their brethren to placate supernatural beings for millennia. Even into the 20th century in some places.

The scale and efficiency of these killings varied greatly, as well as the methods and reasonings. Sometimes people were sacrificed when a cultural taboo or custom was breached. Other times the rituals marked an important occasion, like the funeral of a chief, the sanctifying of a new building, or holy festivities. The men who carried out these brutal practices were often social elites, like religious figures or royalty, and they were particularly liberal and creative in their methods. Across cultures these ranged from burning, drowning, strangulation, bludgeoning, being buried alive, crushed, decapitated, cut to pieces, thrown from great heights. The list goes on. 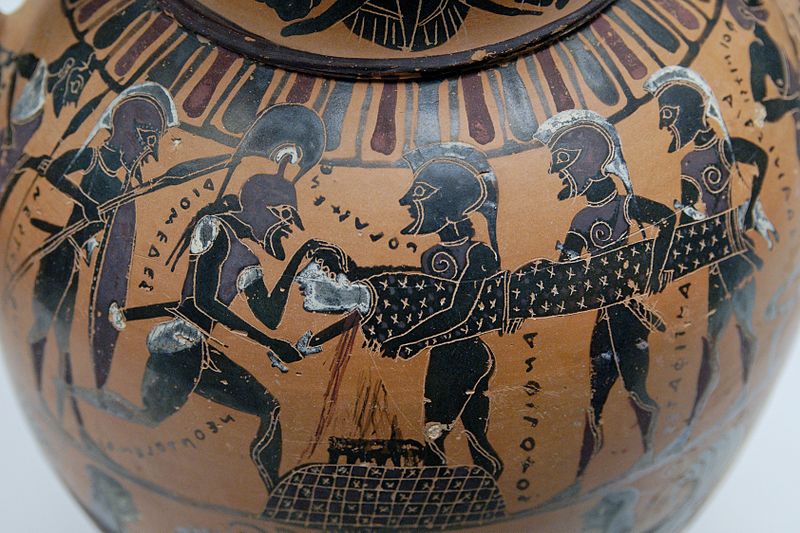 James Watts, a psychologist who studies cultural evolution at the University of Auckland, in New Zealand, looked at the history of human sacrifice across 93 traditional Austronesian societies in the Pacific. In the paper, Watts and his colleagues describe these societies as “a natural laboratory for cross-cultural research due to the diversity of environments they inhabit and cultural features they have evolved.” Their environments ranged from atolls a few square kilometers in size to continents like Australia. Their societies encompass tiny, egalitarian communities and highly complex, socially stratified states like Hawaii.

Watts and his team recorded the presence or absence of human sacrifice in each of these cultures’ past, and matched that with the level of social stratification in the present-day. Running this data through models to test whether ritualistic human killings co-evolved with social hierarchies, they found that it indeed seems to have done so. In the egalitarian societies observed in the study, only 5 of 20 had practiced human sacrifice. On the other hand, 18 of the 27 highly stratified societies had. More than starting social stratification, however, Watts found that human sacrifice really helped stabilize and maintain class systems once they had arisen. 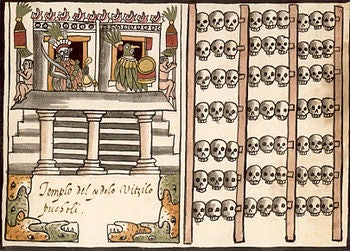 From an Aztec Codex. Their rituals were highly documented.

He thinks that by combining the taking of human life with supernatural control, high-ranking figures were able to justify their authority. Through these displays of power they could achieve the obedience of the lower classes by instilling them with a fear of what would happen if they transgressed authority. In their paper, Watts and his colleagues explain that “sacrificial victims were typically of low social status, such as slaves, and the instigators were of high social status, such as priests and chiefs.” What’s more, Watts points out that human sacrifice further reduced the likelihood of retaliation against the top classes because by bringing religion into the mix, the killers were able to transfer responsibility of the killing to the supernatural.

In early traditional cultures, Watts describes, “there was substantial religious and political overlap, and ritualized human sacrifice may have been co-opted by elites as a divinely sanctioned means of social control.” In other words, the rich and powerful ruling elite used fear and religion to keep poorer masses down. Sound familiar?

The act of human sacrifice may be gone (depending on how you define it–public executions still occur in some states), but unfortunately the practice of controlling people through fear, religion, and privilege still exists. In strict religious states like Saudi Arabia, for example, public executions still occur. In India, some 160 million people are a part of class known as “Untouchables”—people who are considered impure by religious standards and therefore sentenced to a life of poverty in the country’s lowest caste. And even in the United States, citizens continually debate over what they see as a small population of wealthy elite influencing governmental decisions that affect everyone.

Sometimes anthropology makes us uncomfortable when we peer into the darker chapters of our history and realize that we’re not as different now as we’d like to think we are.