After 75 years, an extremely rare sea turtle returns to Louisiana 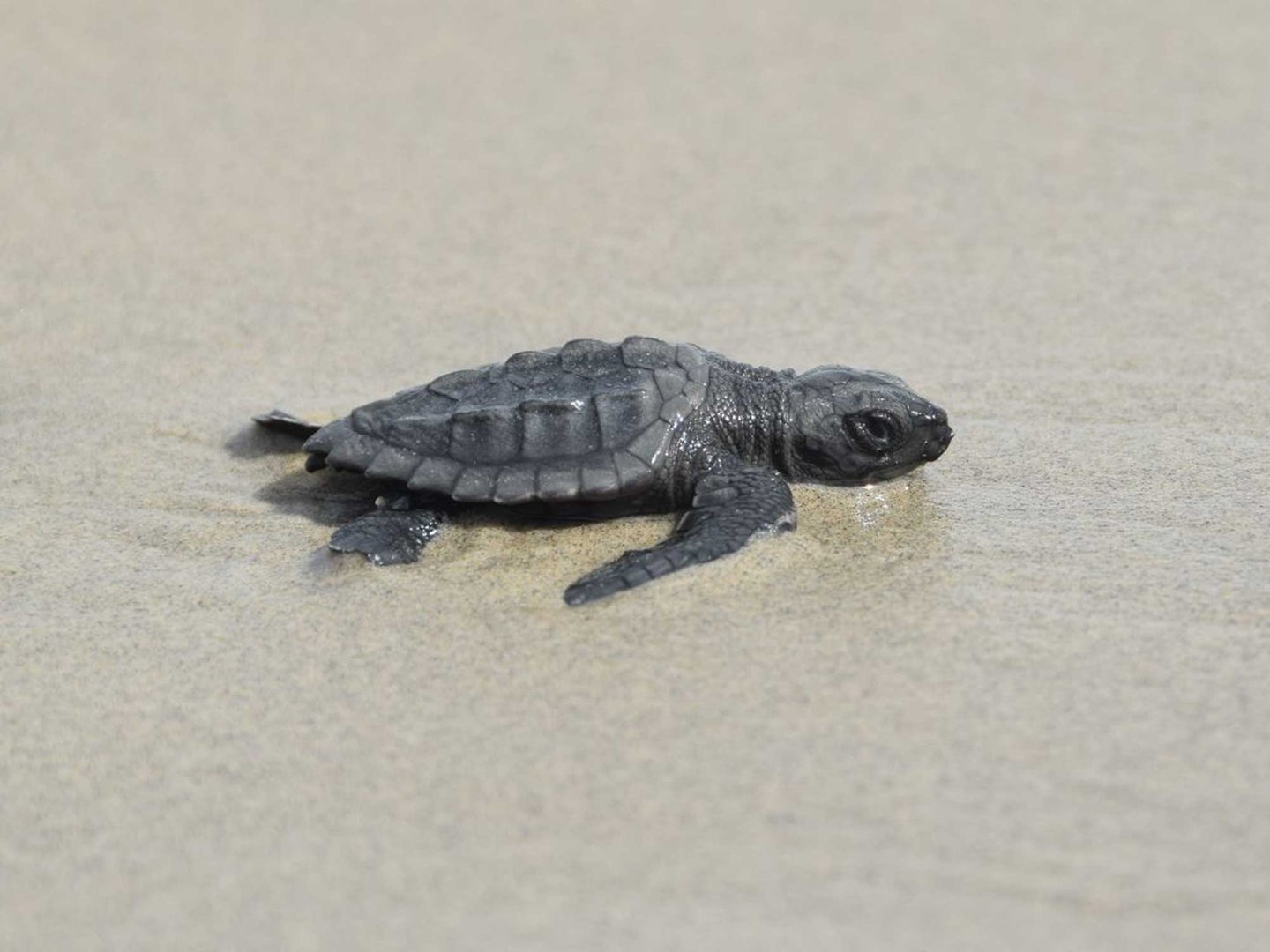 Kemp's ridley sea turtle is the smallest species of sea turtle in the world. Here, a hatchling born on a Louisiana beach shimmies toward the sea. LCRPA
SHARE

An extremely rare species of sea turtle is nesting in Louisiana for the first time in 75 years. According to the Louisiana Coastal Restoration and Protection Authority (LCRPA), Kemp’s ridley sea turtle hatchlings have been confirmed on the Chandeleur Islands, which are near New Orleans. “Louisiana was largely written off as a nesting spot for sea turtles decades ago,” LCRPA chairman Chip Kline said in a press release. “But this determination demonstrates why barrier island restoration is so important.”

According to the National Wildlife Federation, the Kemp’s ridley sea turtle is considered to be the smallest and most endangered sea turtle in the world. A bird survey crew reported finding tracks of the tiny turtle while doing research, which prompted the Louisiana Department of Wildlife and Fisheries (LDWF) to start weekly flights to survey the area. They followed up with an on-the-ground investigation. While searching sites on foot, two emerging turtles appeared among the 53 sets of tracks spotted from the air—and more hatchlings could be on the way. Sea turtle nesting season typically peaks in July, which is followed by up to 60 days before hatchlings emerge.

“It is well known that the Chandeleur Islands provide key habitats for a host of important species. However, with the recent discovery of a successful Kemp’s ridley sea turtle hatching, the island’s value to the region has been elevated,” said Jack Montoucet, LDWF secretary. “We are gaining a better understanding of the benefits this barrier island restoration may provide in the recovery of this endangered species across the Gulf of Mexico.”

The islands, and their inhabitants, have sustained significant erosion from storm damage in recent decades, not to mention the impacts of the BP oil spill in 2010. Much of the ongoing recovery efforts in the area have been funded by fees charged due to the spill.

Other recent sea turtle sightings have been reported in several coastal states in the Southeast. In Mississippi, ABC News reports the first turtle nest discovered in four years was found on a mainland beach. Georgia is reporting a new nesting turtle record, where nearly 4,000 loggerhead sea turtle nests were found on its coast. Like Kemp’s ridley sea turtle, loggerheads are protected under the Endangered Species Act. According to the LCRPA, loggerheads are also using Louisiana’s Chandeleur Islands as nesting grounds.