Inside Tennessee's most visited caverns, a tiny wired box has its finger on the planet's pulse. 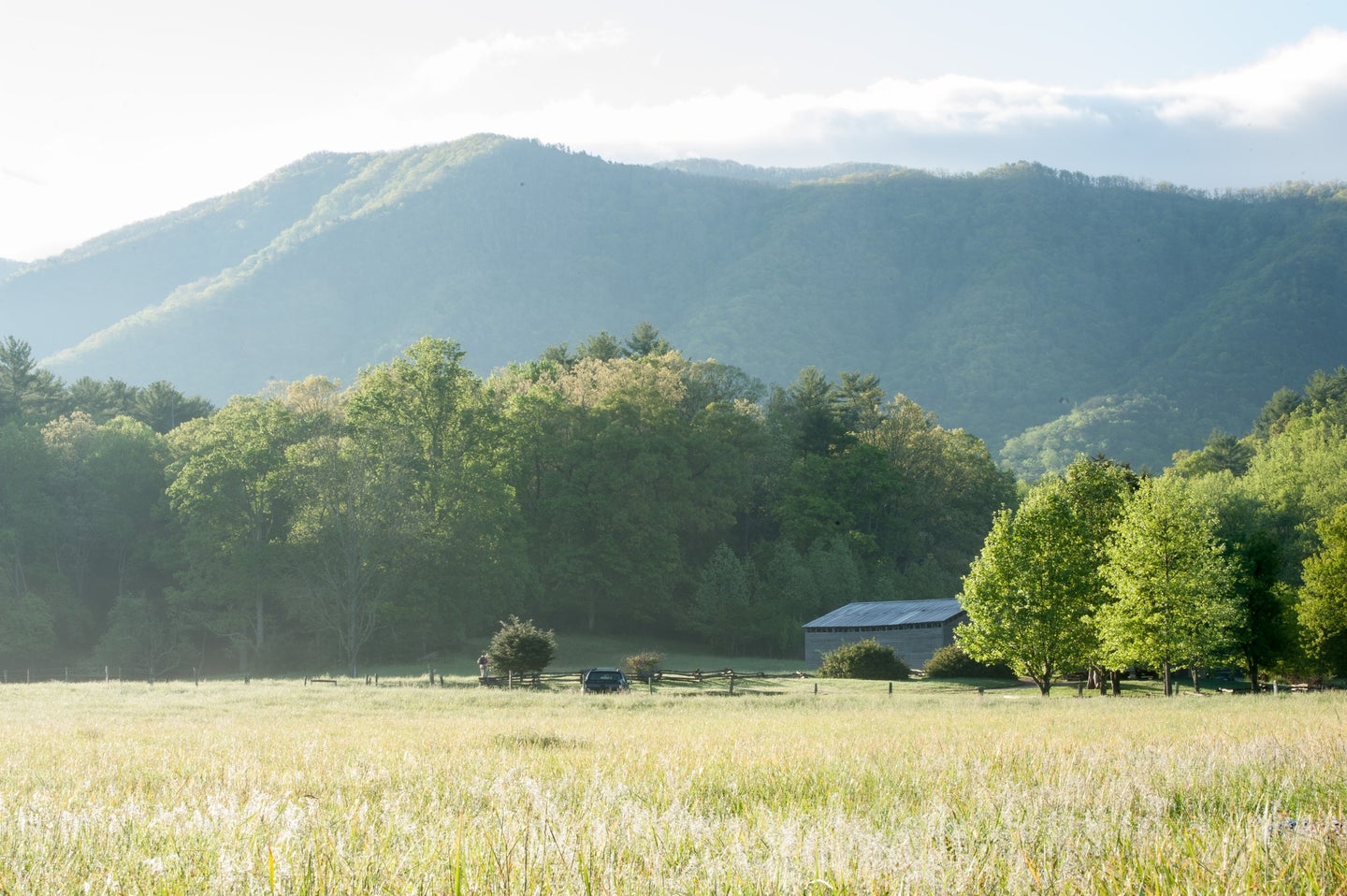 Deep underground in Townsend, Tennessee, hidden in a dark corner of a meandering cave system just a stone’s throw from Great Smoky Mountains National Park, a technological marvel sits nestled within a natural one: AS107, one of the most—if not the most—sensitive seismographs in the world.

If you were one of the thousands of visitors who tour the cave every month, you probably wouldn’t even realize it’s there. A nondescript metal box sits on a natural shelf off the main walking path, tucked away in the shadows. The only intimation that such sensitive machinery resides in the dark passageways at all is the connected readout station silently recording data in the corner of the visitor center.

But the Tuckaleechee station is more than a peripheral tourist attraction for passionate geologists: It’s a finger on the pulse of US seismological activity and a consequential piece of equipment for national and international security.

Two children, Bill Vananda and Harry Myers, first plunged into the cavern’ depths in the 1930s with gas lanterns and a spirit of adventure. They turned it into the attraction it is today, but cavern owner Benjamin Vananda, a southern-accented, fast-talking geology enthusiast and Vananda’s grandson, is now the one stationed behind the front desk, ready and eager to chat about all things seismic, starting with the seismograph.

The box within the cave is known, depending on which of the half dozen or more organizations is monitoring the data it collects, as SEISMICTKL or AS107—Auxiliary Seismic Station 107, the second “S” wisely eliminated from the acronym. “We have the most consistent data streaming of any seismic station,” Vananda says. “It’ll pick up pretty much anything that shakes the ground.”

Like most seismographs, AS107 picks up tectonic shifts and records each event’s unique frequency signature. How? As seismic waves travel in concentric circles all around the planet, the further they go, the lower the frequency detected by a seismograph. An event originating in Indonesia, for example, will be read as a low frequency on a seismograph in Tennessee, which, especially when used in conjunction with other seismographs around the world, helps pinpoint where the earthquake originated.

Vananda likens the signals to the ripples that result from throwing a rock into a pond: The farther the ripples get from the source, the wider and softer they are, eventually dissipating into little more than a whisper. AS107 is sensitive enough to pick up ocean waves crashing on a beach in China. They’ll be faint, but they will register.

It has also detected disturbances close to home, like local landslides and quarry blasts, plus the mysterious booms in 2018 in Maryville, Tennessee, that some sources suggest may have been a small earthquake. More widely, it has detected nuclear tests and detonations around the world.

The seismic station in Tuckaleechee Caverns, however, didn’t start out as a nuclear-monitoring device. The first machine was installed in 1978, when the Tennessee Valley Authority wanted to monitor how water displaced by newly constructed dams affected the region’s tectonic plates.

Greg Steiner and Jim Zollweg, working for the Tennessee Earthquake Information Center or TEIC (now the Center for Earthquake Research and Information), were charged with selecting a location for the first station. They picked the caverns after a scouting trip where they spotted an ad for the attraction near their hotel.

“A cave would be an ideal place,” Steiner remembers declaring. There weren’t many stations in eastern Tennessee at the time, and a cavern would provide cleaner readouts since it was protected from wind—a notable issue in Appalachia. An underground station also meant there would be less interference due to traffic or construction.

[Related: Look inside the hidden world of Earth’s most beautiful caves]

By the time they got the whole setup installed and wired, the TEIC team realized just how perfect the site was. As Steiner recalls, Zollweg exclaimed: “‘Wow, this is a quiet site! I’ve never seen a site this quiet.’”

The caves are deep enough to reduce the influence of human-made noise from factories, railroads, and interstates, none of which are even located nearby. What’s more, the seismograph is mounted to ancient limestone bedrock, which offers a clean read of natural activity with excellent reverberations and no degradation of seismic vibration. As a bonus, it’s far from a coast where wind and waves can affect data.

It’s also consistently cool. “The sensor and digitizer of Tuckaleechee is installed within a cave where the temperature is constant at approximately 59 degrees Fahrenheit year-round, which is beneficial for precision of seismic measurements,” explains Paulina Bittner, waveform lead analyst at the Comprehensive Nuclear Test Ban Treaty (CTBTO). “Changes in temperature are a source of instrument noise.”

The evolution of the seismograph

The original Tuckaleechee station was a paper-and-stylus-type recorder that engraved seismological activity like a record. As the earth moved, a metal needle mounted on a frame scratched a record of its movements on a soot-covered sheet, called smoke paper.

But having cavern co-owners Vananda and Myers handle, ship, and set up the smoked readouts on a regular basis proved problematic. While it wasn’t difficult work, the caverns were only open from Memorial Day to Labor Day, meaning no one was around to add soot to the paper, change the records, and mail them to the University of Tennessee. In the off-season, the setup was relocated to a hole in Myers’s backyard.

The seismometer was replaced by a pen-and-ink version of the technology. It wasn’t as accurate, but was less time consuming to operate—a single-component system that only measured up and down movement of tectonic activity—and in 1981 TEIC purchased a dedicated phone line to send continuous readouts to the University.

After the University of Tennessee at Knoxville took over monitoring in 1995, the technology was upgraded again. The new tool, a broadband detector, could amplify the high frequencies of more distant events. Local geologists took note of how quiet the site was and recommended the CTBTO monitor it.

The US government was keen to keep tabs on other nations’ nuclear tests. In June 2006, the upgraded three-component station (which uses three pendulums to measure the full range of how seismic waves move in vertical and horizontal directions, or three-dimensional space) was certified and connected to the International Monitoring System, a worldwide network of monitoring stations. It has been sending continuous data—every 300ths of a millisecond—via satellite to the US government, CTBTO, and more ever since.

As a result, this station has become valuable to international security. According to Bittner, much of the data is used to detect potential violations of the Comprehensive Nuclear-Test-Ban Treaty, pinpoint the location of these events, and characterize their seismic sources to help automatically screen out natural events like earthquakes.

In fact, Bittner says that in the last year, data from AS107 contributed to detecting 450 events and improving the location of 100 events. Three of those events were detections of nuclear tests announced by North Korea in 2016 and 2017.

Tuckaleechee station’s seismic data can also help geologists appraise Earth’s internal structure and the hazards that originate there, like earthquake hazard mapping and probability. It can detect and record small magnitude earthquakes at distances of more than 1,000 miles, which may help scientists, geologists and seismologists learn more about these natural events, in addition to warning at-risk communities of impending tsunamis.

All from a humble cave in Tennessee.