Why some people hear colors and taste words

Sometimes the brain gets its wires crossed. 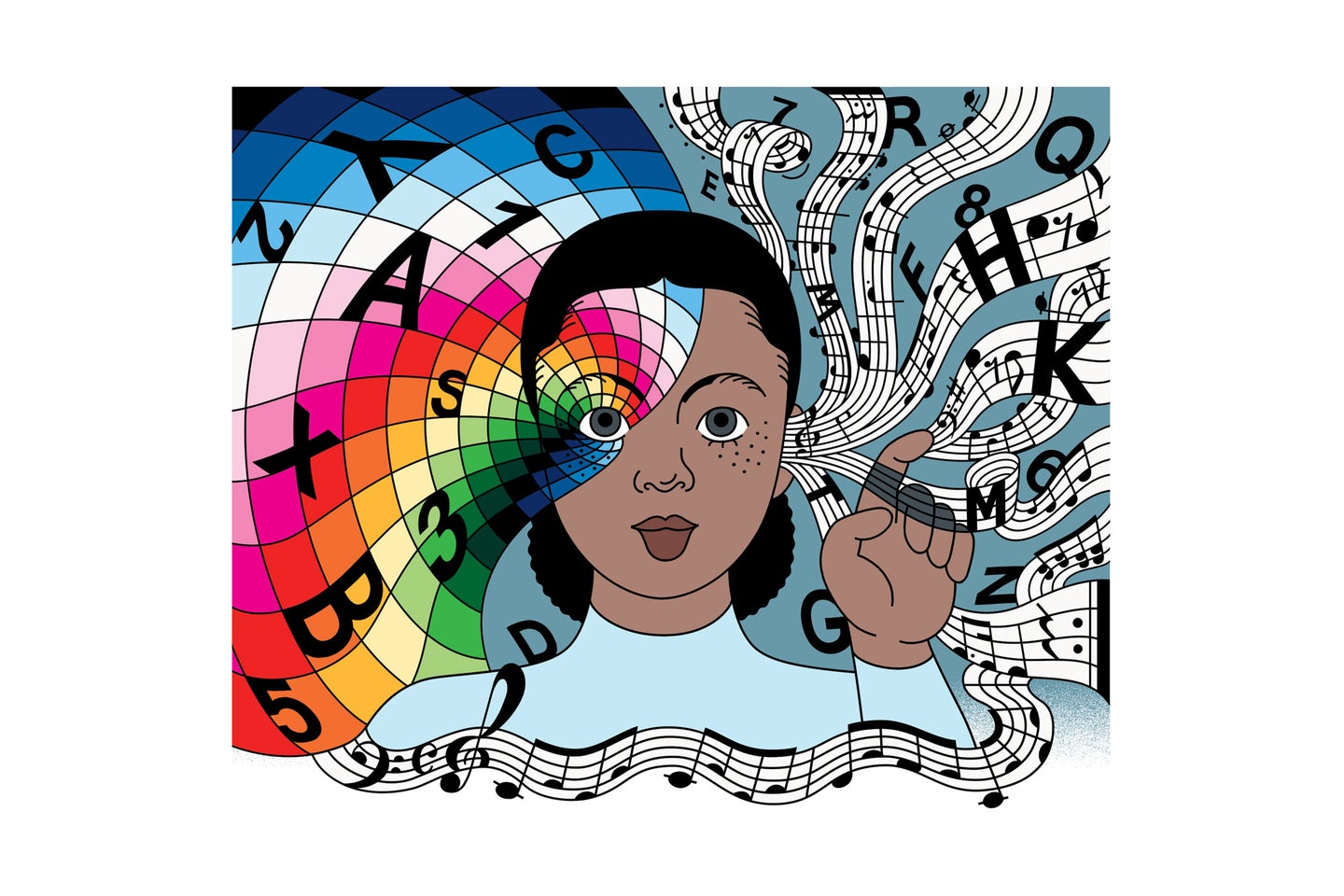 For a small group of people, sensations entangle themselves in baffling ways. The written numeral 2 might evoke a flash of purple; an audible C sharp note could conjure a finger prick. Some with this condition, called synesthesia, even taste spoken words: The name Sam, for example, might elicit a sweet flavor.

How exactly some people “feel” smells or “taste” names is still generally unclear. There’s no gold standard test to diagnose the condition, which only adds to the mystery. University of Michigan cognitive psychologist David Brang says he gets emails all the time from folks asking if their peculiar sensations are the result of such swapping. “It’s a mixing of the senses,” he says, making the disorder “very difficult to reverse engineer.”

The current theory posits that synesthetes’ brains have extra connections. When you see a word, your retina and optic nerve send that information to the visual cortex, which creates the image you see. Then your noggin’s face- and color-recognition unit, the fusiform gyrus, puts it into context. Extra connections there might simultaneously send signals to, say, both the color- and word-focused regions. Those extra pathways can pigment terms, weaponize musical notes, or even ruin a first date with a rather putrid-tasting name.