Giant African land snails are considered one of the most destructive species of snails on Earth. 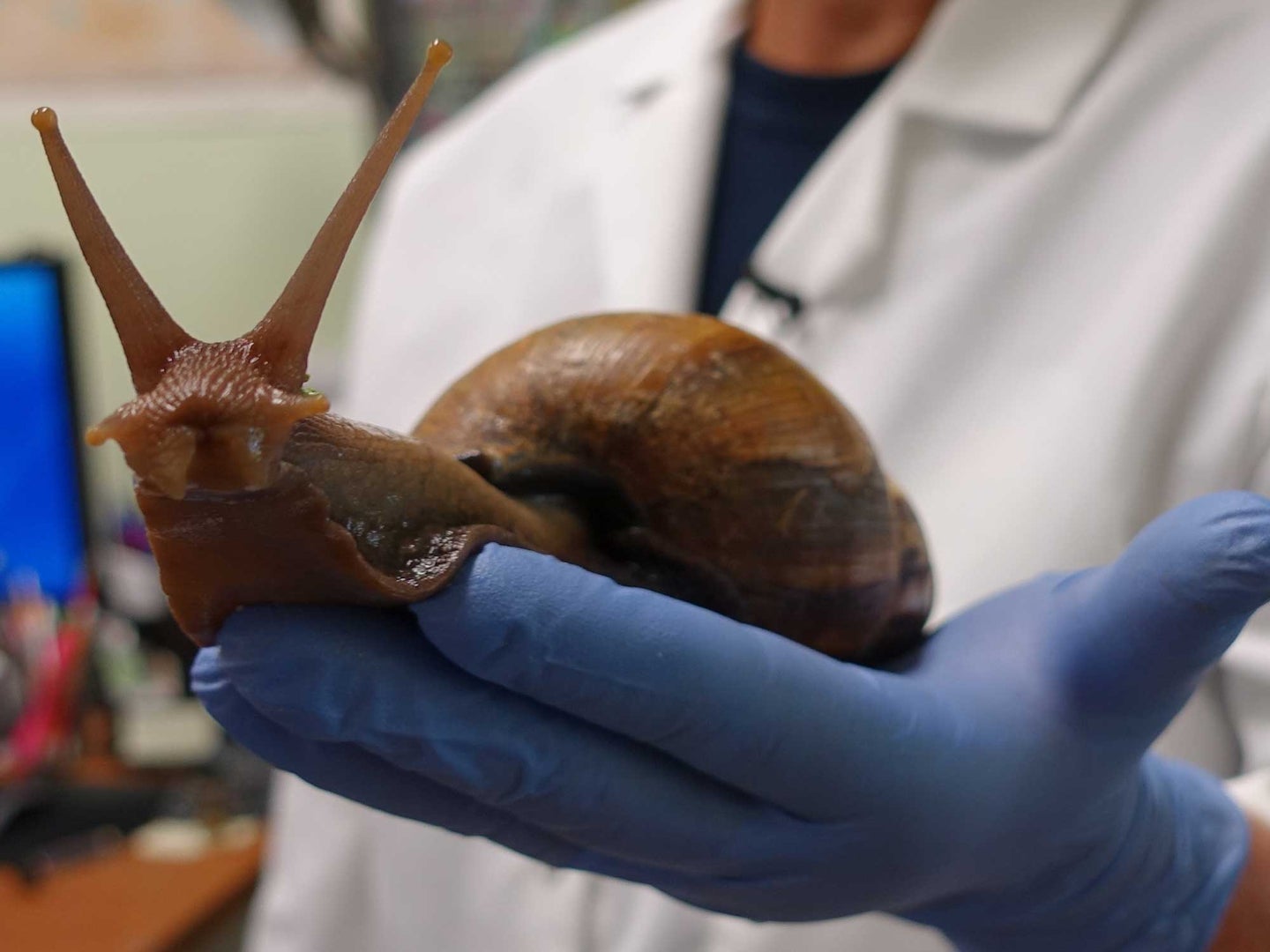 Officials are warning residents not to touch any of the snails without gloves. KERRY SHERIDAN/AFP via Getty Images
SHARE

This article was originally featured on Field and Stream.

On June 22, a gardener was working in a Pasco County, Florida, when they noticed a number of unusually large snails. The next day, the Florida Department of Agriculture confirmed that giant African land snails, which are considered one of the most destructive snails on Earth, were back. The last time anyone had seen a land snail in the Sunshine State was at the tail-end of a year-long, $23-million battle to eradicate the invasive species from South Florida in 2012.

As of last week, 30 staffers have captured more than 1,000 dead or living snails from 29 properties in New Port Richey, a small town 45 minutes north of Tampa. The biggest snail they had found measured 4.5 inches. Officials have also placed the impacted portion of the county under quarantine, warning residents not to move soil, plants, compost, or anything a snail could hitch a ride on. “Let me assure you: We will eradicate these snails,” Florida Agriculture Commissioner Nikki Fried told the Tampa Bay Times.

Endemic to East Africa, giant African land snails can grow up to eight inches long. They eat more than 500 types of plants and even the stucco or plaster off buildings, which provide calcium to harden their shells. Without any natural predators in the United States, the snails can reproduce at a staggering rate, with one snail producing up to 2,500 eggs a year. The snails have been known to carry rat lungworm, a parasite that causes meningitis in humans. According to Greg Hodges, assistant director of the Florida agriculture department’s division of plant industry, none of the snails caught so far have been found to carry rat lungworm.

Giant African land snails are illegal to possess or transport in the United States. Officials aren’t sure how the snails arrived in Florida, though they speculate that the illicit pet trade may be to blame. The properties where the snails were found will be treated with the pesticide metaldehyde over the next 18 months. The area will be monitored for two years after the last snail is found.