A shift to a low carbon future offers an opportunity to make energy costs equitable. 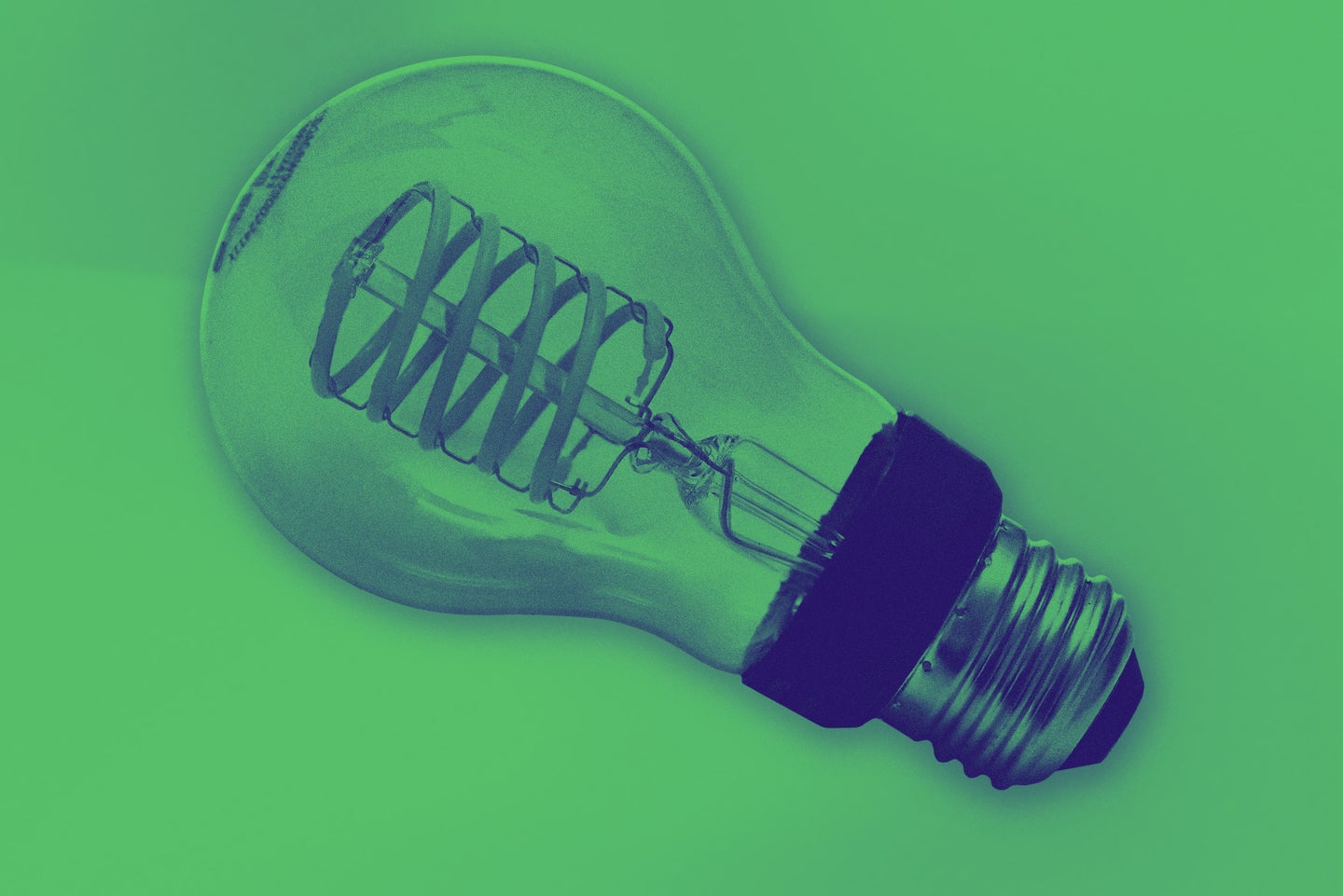 I recently moved into an apartment complex in Dallas, Texas, built in the 1980s. When I first saw the place, the abundance of natural light that filtered through the unit’s south and west-facing windows drew me in. I could envision the houseplants I’d place near each one. I’ve come to realize those windows can be as much of a nuisance as they are an asset. This past February, temperatures in Dallas plunged well below normal for a couple of days. The single pane windows, nearly as old as the building itself, were no match for blasts of 20-degree air. I slept bundled in layers of blankets, even with my heater on blast. With a projection of sleet in the forecast, I was worried we’d lose power—and that my apartment might soon become an icebox.

In a world struck by global warming, homes built for mild climates simply aren’t prepared for the worsening weather to come. Single pane windows, a lack of insulation in walls, attics and floors, and aging HVAC systems are all regular features of older homes. But when faced with unseasonable temperatures, these factors can all lead to higher energy usage—and higher bills for it. It’s basic thermodynamics: Hot air will flow from warm areas to cool areas until there’s no temperature difference between the two air masses. On a summer day, warm summer air seeps into a house through cracks and holes and uninsulated walls and windows. In winter, the hot air pumped into a house through a heater escapes through the same crevices.

Older houses tend to be especially inefficient, as some were built before state and local governments adopted strict building code requirements. Home insulation has also improved over the years, as have the efficiency ratings of many construction materials and products. . Double pane windows, for example, cut unwanted heat loss or gain in half compared to single. Because older homes tend to be more affordable—especially if they haven’t undergone renovations to improve their efficiency—the brunt of this excess energy cost is shouldered by lower-income households. “Energy consumption is highly dependent on the quality of housing stock,” says Dana Harmon, a consultant and former director of the Texas Energy Poverty Research Institute (TEPRI).

High energy costs leave an estimated 25 percent of Americans “energy burdened,” meaning they spend upwards of 6 percent of their income on an electric or natural gas bill. For a family of four living at the federal poverty level, that means the household’s monthly energy bills clocked in at more than $130. That stretches resources for food, rent and other essential expenses even tighter.

It also makes households more vulnerable when times get tough: After the 2021 winter storm in Texas, TEPrI surveyed nearly 1,000 residents about long-term recovery from compounding crises. Frozen pipes burst and damaged walls and floors and heaps of food went bad. Meanwhile, energy costs are expected to go up over the next few years since the state legislature allowed utilities to recoup lost revenue by charging customers extra on their monthly bill. According to TEPRI’s survey, low-income families are twice as likely to express concern about their ability to cope with those costs.

Builders in some states still make new homes equipped to old standards. In Texas, for example, new homes are built to standards issued in 2012, despite the council that wrote the code updating it three times in the last ten years.

A 2020 analysis from the American Council for an Energy Efficient Economy (ACEEE), a nonprofit research organization, found that low-income, Black, Latino, and Indigenous households faced the highest energy burdens in the nation. Research has also shown that these same communities are more likely than white or wealthier Americans to live in older housing stock due to historic and current day patterns of housing segregation, which have kept people of color and lower income families out of newer developments. Despite white and affluent Americans tending to live in more energy efficient housing, researchers at the University of Michigan found that they use more household energy per capita than any other demographic in the United States.

In other words: though low-income families use less energy per person, they still pay a larger percentage of their income in energy bills—probably in large part because of the inefficiency of their housing. “People who are struggling to pay their bills will make tradeoffs to try and keep the lights on,” Harmon says. “That can be tradeoffs in food or clothing, which are the top two that we see.” Additionally, studies show that people of color and low income households are more likely to live near polluting energy infrastructure, which impacts their health as well.

Other aspects of energy inequity simply don’t have enough data for researchers to quantify the full scale of the crisis, says Justin Schott, the project manager at the Energy Equity Project at the University of Michigan. “The energy problem we hear the most about from people in frontline communities is shut offs,” he says. When customers don’t pay a bill on time, utilities are allowed to disconnect that household from electric services. This can be deadly during heat waves or extreme cold, particularly for elderly people, children or the chronically ill. “It’s a life and death matter, but we don’t have a count of how many people are shut off, where the shut offs occur, and what’s happening by race,” Schott explains.

Only a handful of states require utilities to report shut off data.  The lack of insight makes it hard to understand how certain communities are impacted more than others and if interventions like billions of dollars in federal bill assistance programs are effective. “We also have very specific data gaps—we have very little data from tribal lands,” he says. Indigenous communities may not receive support to conduct studies on energy inequities, or researchers may not pay attention to the community’s needs. “That’s a terrible oversight,” Schott says. This often leads to Indingeous communities being left out of conversations around clean energy investments, Schott says.

The clean energy transition presents an opportunity to address these embedded systemic inequalities. Reducing residential energy consumption across the board will be a key part of cutting the United States’ overall greenhouse gas emissions. In 2020, household usage accounted for an estimated 20 percent of the nation’s carbon emissions.

We’ll also need to reduce our energy consumption if we want to build more resilient, fossil-fuel-free electric grids. In Texas, for example, estimated summer peak demand—how much power is needed on the hottest day of the year, when every air conditioner in the state is drawing power from the grid—could top 77,000 megawatts in 2022. As of March 2022, natural gas accounted for 51 percent of the state’s electric generation capacity; wind and solar combined were just under 30 percent. Increasing home energy efficiency by 2028 could bring peak demand down by nearly 10 percent, according to an ACEEE study.

One solution with low cost and high payoff: Retrofitting homes across the nation to meet stricter energy efficiency standards. The Department of Energy estimates that every dollar invested in weatherization or retrofitting returns $2.78 in savings. Every state in the country has some incentive programs for residents to upgrade old appliances and invest in weatherization. But most benefits tend to accrue to homeowners, or wealthy Americans who can afford the upfront investment to begin with, experts like Schott say.

Upgrading an old furnace with a heat pump, for example, can save an estimated $670 a year in energy bills, since the pumps are far more efficient. The IRS allows homeowners to claim a 10 percent credit of the cost of energy efficiency upgrades on their annual income tax. But renters don’t qualify—nor do households that can’t afford anywhere from $2,000 to $5,000 for a new heat pump—plus thousands more in installation costs.

The Department of Energy does have a program called the Weatherization Assistance Program, which provides funding for local communities to retrofit and weatherize low income housing. With the recently passed bipartisan infrastructure bill, the program received an infusion of $3.5 billion in funding. The program serves about 35,000 households a year. But that’s a small fraction of the 38.6 million households that are eligible.

“How many centuries would weatherization take before everybody who’s eligible gets to participate?” Shott asks.

Until the resources can meet the demand, vulnerable households will be left to fend for themselves during extreme weather events, which have only become more common with climate change. In early April, a streak of volatile weather brought an unseasonably warm 90 degree day to Dallas—on average, the city now sees about 10 more days of excessive heat than it did twenty years ago. Standing by my south-facing windows in the afternoon felt like leaning into an open oven door. For now, at least my tropical houseplants don’t seem to mind the extra heat.