Tucked away in one of the Web's dark corners, the Soviet Union continues to thrive as an internationally recognized entity. 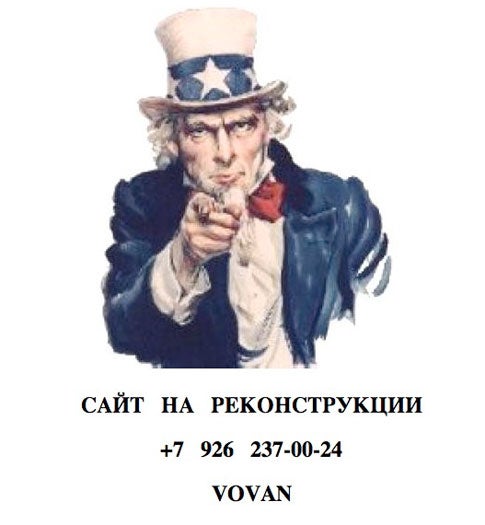 Wait, who's this? It's the ultimate Yank, Uncle Sam, proclaiming that microsoft.su is officially for sale. You there, call today!. microsoft.su
SHARE

The Soviet Union has been history for going on 17 years now, but there is one place where the former superpower continues to live on, even with the semi-endorsement of a major international standards agency. That place is of course the Internet, where for 500 rubles (around $25) per year, it is still possible to own a little chunk of Soviet real estate by parking your website at an official “.su” domain name.

Normally, when states dissolve, their country-specific domain names follow a few years later (it takes time and manpower to redirect all the tubes, etc). It happened to Czechoslovakia’s .cs domain in 1993, when the country split into Slovakia (.sk) and the Czech Republic (.cz), and Zaiire’s .zr in 1997, which was fully transitioned to the Democratic Republic of the Congo’s new .cd by 2001 (which was infamously used by the Torrent site oink.cd before it was shuttered last year). The former Yugoslavia’s .yu, which has fractured into seven separate states over the last two decades, is still being transitioned to each country’s new domain.

All of this is administered by the Internet Corporation for Assigned Names and Numbers (ICANN), a U.S. non-profit based in California that presides over all kinds of Internet backbone services like the thirteen root DNS name servers, IP address allocations, and the like. ICANN also works with the International Organization for Standardization (ISO), based in Switzerland, which sets worldwide standards for everything from the light sensitivity of photographic film to the threading of various screws found in cars and bicycles (see this site for a complete list of ISO standards).

Even with the future of the Soviet Union in serious jeopardy at the time, the .su domain was established in September 1990, just 15 months before the official dissolution of the USSR. ICANN is usually quick to begin the transition of expired top-level country codes to their replacement, but in the case of the Soviet Union’s .su domain, it faced opposition from numerous groups hoping to keep .su alive. When the .ru designation was instated as a replacement, commercial interests, patriotism, or simple nostalgia (see: Ostalgie, for instance) kept many Russian sites from embracing the new domain, and the battle (battle is maybe a little strong, since no one really seems to care that much) continues to this day.

As reported by the AP, a recent spike in demand has resulted in the price of a .su domain dropping from the intentionally restrictive high of $120 per year to a more reasonable $25, prompting a fresh new wave of domain speculators. If you’re willing to submit your passport number, you can even go grab one yourself from RU-Center, the ICANN-designated vendor of Russian domain names.

So what kind of sites are still using .su? Launch our gallery here to find out. 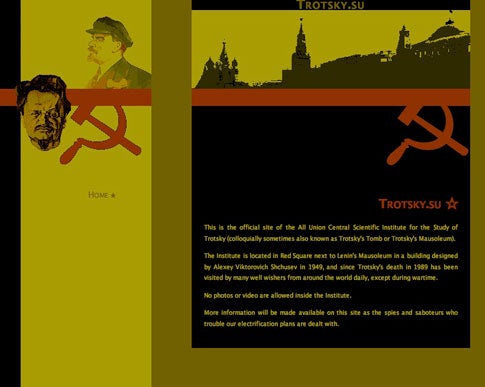 “This is the official site of the All Union Central Scientific Institute for the Study of Trotsky (colloquially sometimes also known as Trotsky’s Tomb or Trotsky’s Mausoleum),” says the puzzling landing (and only) page at trotsky.su. “The Institute is located in Red Square next to Lenin’s Mausoleum in a building designed by Alexey Viktorovich Shchusev in 1949, and since Trotsky’s death in 1989 has been visited by many well wishers from around the world daily, except during wartime.” This is all well and good, save for the fact that Leon Trotsky was assassinated in Mexico in 1940, where he was also buried. 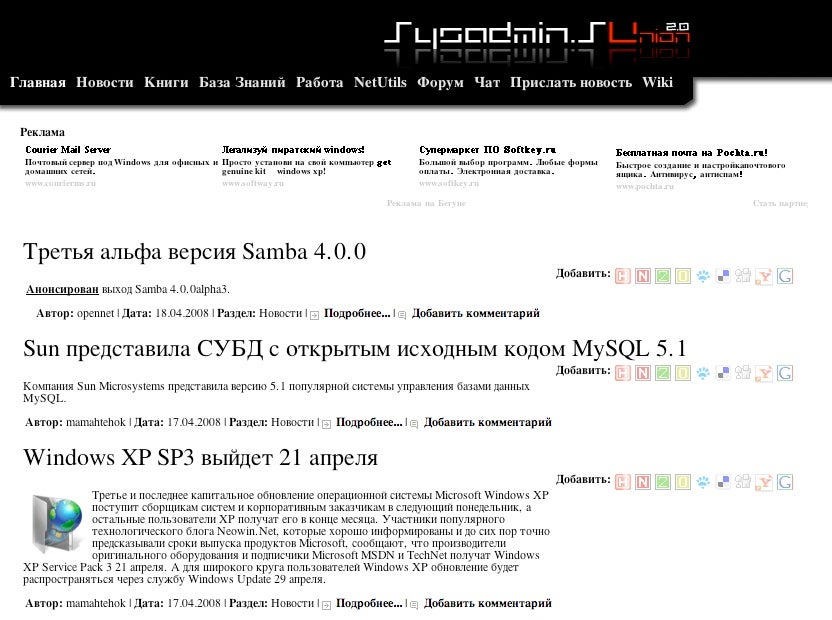 The IT news site sysadmin.su wears its nostalgia on its sleeve with the clever name of Sysadmin.sUnion. That logo could use a little Sovietization though for the full effect. 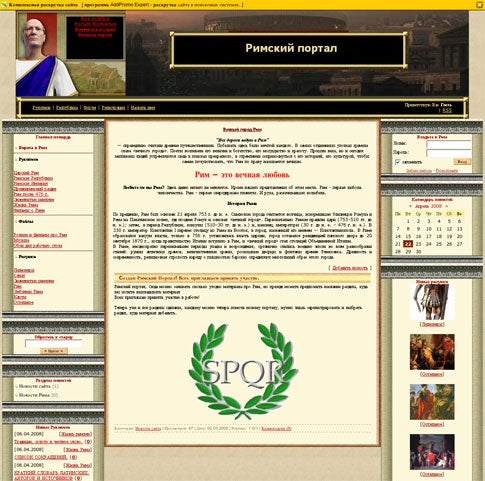 One defunct empire pays tribute to another at romana.su, a portal site all about ancient Rome where users can submit writings and images on Roman history. 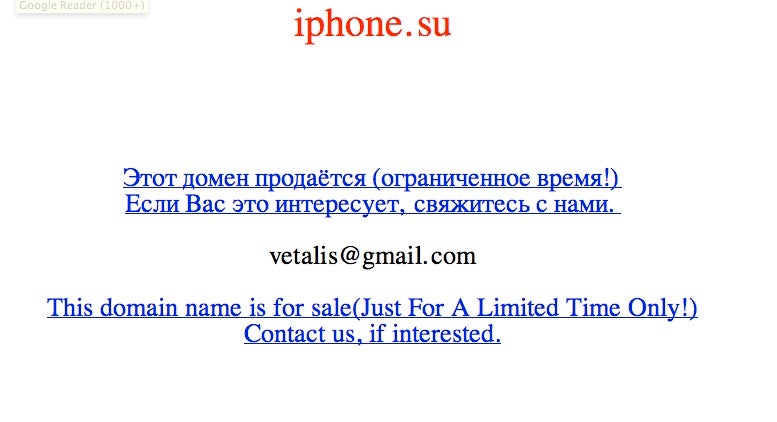 Ah, one of the bajillion .su names to be hijacked by domain squatters after the pricing of a .su domain was dropped to accommodate higher demand. The coveted iphone.su can be yours, but act fast! 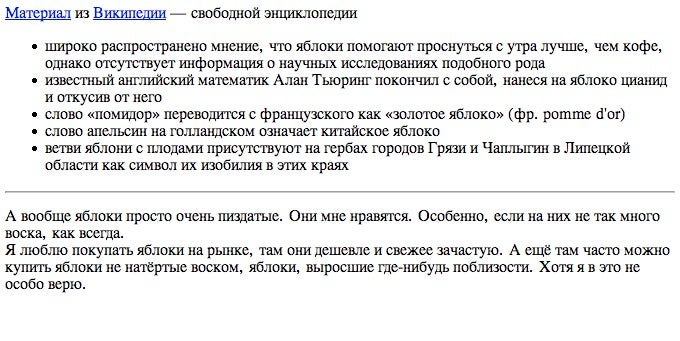 A wittier domain tycoon has purchased apple.su and published some text which, after translation is revealed to include a snippet about apples (the fruit) from Wikipedia, as well as this perhaps unintentional or translation-affected nostalgic nod to less rosy Soviet times: “I love to buy apples on the market, there are often cheaper and fresher. And yet there is often not possible to buy.”