So much for my weekend plans 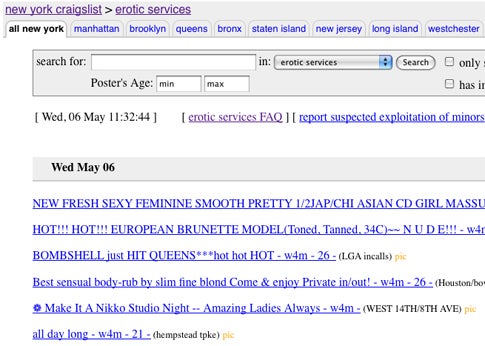 CNN reports that the meetings are aimed at reducing the number of prostitutes that advertise on the site, but not consenting adults looking to engage in legal behavior.

But while legal officials paint Craigslist as a den of sin, the sex workers themselves claim that the site actually reduces the dangers to them.