A New Type of Domain Name, A New Waste of Money

The Grouse has his doubts about the proposed .eco top-level domain 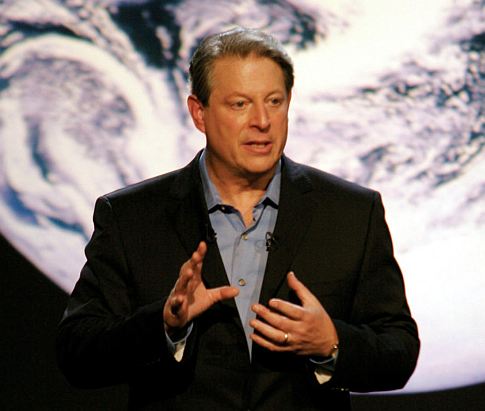 Earlier this month, an unknown little startup grabbed big headlines when it received Al “Internet Earth Soldier” Gore’s official endorsement for a proposed “.eco” domain name extension (aka TLD, aka top-level domain). Dot Eco, as the company is appropriately named, hopes to ride the current wave of trendy corporate environmentalism into a pile of that other type of green. But with other “alternative” TLDs like “.biz,” “.info” and “.mobi” already going largely ignored by Internet users and site owners alike, do we really need yet another URL naming convention on the Web? I don’t think we do.

If given the thumbs-up by ICANN, the nonprofit registry in charge of top-level domains, Dot Eco hopes companies, organizations, and individuals will pay for the additional “.eco” domain and use it to host environmentally-friendly content. So, for example, an individual could launch a green blog at “granoladude.eco,” while PopSci could use “PopSci.eco” to host all of its Earth-centric stories. But really, I think Dot Eco’s intention is to guilt big business into buying domains such as “walmart.eco,” “ford.eco,” and “pepsi.eco.” After all, Earth-consciousness is so chic these days, and if just one mega-corporation gets even a hint of good buzz from a branded “.eco” site, others will follow, and Dot Eco will have a gold rush on its hands. With more than 50 percent of profits from “.eco” sales going to various environmental organizations, that’s not such a bad thing.

But I still think it’s pointless.

One argument for alternatives to the big five (“.com,” “.net,” “.org,” “.gov,” and “.mil”) has always been that they open up more domain names to more people. But that’s not really true. Laws and lawsuits would prevent an individual from launching something at, say, “Starbucks.eco.” And for domain names not associated with a trademark, who really cares about anything except “.com”? Sure, a few sites like del.icio.us and last.fm have done OK without it, but more often than not, a site without “.com” on the end has to be repeated a few times before a person understands it. You tack “.com” onto something in an ad, a movie trailer, or a box of cereal, and the public knows what to do with it — no need to muck things up with that ghastly-looking “http://”. And, though not necessarily true, I think there’s this general sense that whoever lays claim to the “.com” version of a domain is the legit owner and everything else is suspect or secondary. How else can you explain all of those cutesy Web 2.0 misspellings of words like “Flicker”? I always kind of figured a company would rather misspell for the sake of a “.com” address than get stuck with the indignity of a “.biz” or “.info” URL (though, I’ll admit “Flickr” definitely has more cachet than “Flicker”).

I’ll wager most folks aren’t even aware of how many top-level domain name options there are to choose from today. There are 21 of them, and that doesn’t even count the multitude of country-specific TLDs often used for vanity purposes (like using “.tv” to imply “media-rich” instead of the country of Tuvalu).

Priceline.com owns the “Priceline.travel” domain, but does nothing with it except redirect traffic to the main site. Travelocity does the same. Expedia doesn’t even bother.

I tried finding the Museum of Modern Art by typing in “moma.museum”, but with no luck. I looked for the Guggenheim at “guggenheim.museum” and struck out there as well.

If I ever needed career counseling, I’d be wise to steer clear of “Monster.jobs,” which doesn’t offer so much as a redirect.

There’s also the “.name” domain. Ever seen one of those? I hadn’t until two weeks ago, but it’s apparently been around since January 2002.

The point being: there is no point. These extraneous TLDs — the proposed “.eco” domain included — succeed only in confusing users and bilking Web site owners out of an additional $30-$50 each (if they even bother with them at all). In order for “.eco” and similar TLDs to gain widespread acceptance, there needs to be some kind of standardization in the way they’re used. For example, if you type in “Google.jobs,” you’re simply redirected to the Google homepage. But if you type in “CareerBuilder.jobs,” you’re taken to the section of the CareerBuilder site that deals with employment opportunities specific to the CareerBuilder organization. The latter makes a lot of sense. If users expected to reach the human resources department of a given company by typing in “.jobs” instead of “.com”, I think “.jobs” would have a shot at being something people use. Similarly, most sites buy up the “.org” domain just to redirect it to a homepage. This makes “.org” completely meaningless. “Google.org” on the other hand, redirects to a page dedicated to the company’s philanthropic initiatives. Again, that makes sense.

Of course, there’s a giant roadblock standing in the way of this kind of standardization: the fact that the owner of the “.com” domain and the owner of, say, the “.net” domain often aren’t the same person or organization (check out “Google.aero”). Even if they were, selling every possible domain extension to the same owner as a package defeats the purpose that the various TLDs were originally intended for. Namely, opening up more URLs to more people.

If approved as the next TLD, I don’t think “.eco” will amount to much. Some companies will purchase it just to park it. Others will redirect it to their homepages. Some companies will use it in the hopes of drumming up publicity. A few individual green bloggers may choose to brand their sites with it. A handful of environmental organizations will purchase it, but will stick with “.org” as their primary URLs. Instead of buying “.eco” to showcase environmental policies and initiatives, Website owners should simply employ one of the two URL naming conventions the public is already conditioned to recognize: the backslash and subdomain. Why pay money for “yoursite.eco” when you’ve already got “eco.yoursite.com” and “yoursite.com/eco” for free?