Macs are better at video gaming (emulators) than PCs. Here’s how to set up yours.

OpenEmu is the emulator app that gives Macs a fighting chance at gaming. 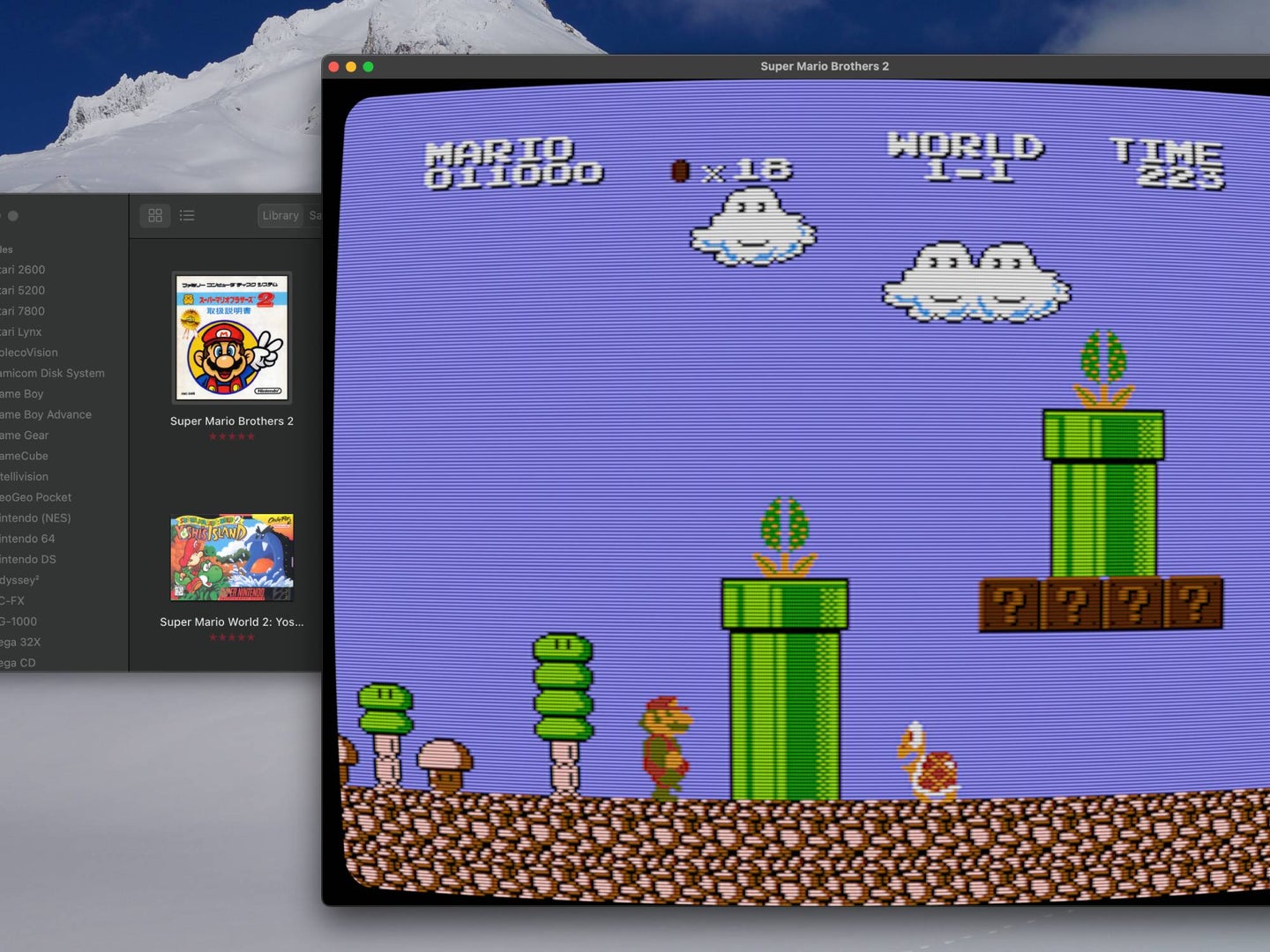 Macs are better than PCs for gaming. Okay, obviously I’m joking. It’s common knowledge that if you’re serious about gaming you should probably be using Windows, but there’s one exception: retro emulation, or old console games you play on your computer. If you’re an emulation fan you should get a Mac, immediately. And I’m not joking.

OpenEmu is an emulation program, and it’s by far the easiest way to organize and play a retro game or ROM collection. Also, OpenEmu is only available for Mac. This application solves just about every frustration a novice would have with emulation software, and allows users to just drag their ROM collections, connect a supported controller, and start playing.

There are other tools out there you could install that will do the job, like RetroArch for Windows or Linux. But you could probably get a PhD in computer science in roughly the same amount of time it takes to set that application up. OpenEmu is the ultimate app for computer retro gaming, and the race is not particularly close.

With emulators, you typically need to download different programs to play games from different systems. For example, you might need one program for PlayStation games, another for Sega Genesis titles, and yet another for the Super Nintendo. Not so with OpenEmu—this tool comes with several different emulators built in.

If you’ve already got a collection of ROMs on your computer, then I’ve got good news: all you need to do is drag the files onto the OpenEmu window. The software will sort them according to the system they belong to, and even automatically download the cover art for all of them.

Alternatively, if cover art doesn’t show up, you can look for the right image yourself and drag it to the corresponding game. That way there will be no games without cover and they’ll be easier to find.

This is not only aesthetically pleasing but also necessary, as OpenEmu supports so many different systems that you’re going to have a lot of games to scroll through. Just about every retro console, you can think of (and several that you couldn’t) are here, including classics like every Nintendo console up to the Gamecube, most Atari systems, various Sega systems, and the original Playstation. If there’s a particular system you want to play, you can check out a full list on the OpenEmu website.

Keep in mind that OpenEmu won’t work if you were hoping to emulate any system released within the past 15 years. But those are not exactly retro, and this is definitely a setup for the classics.

Configuring controllers with most emulators is annoying because of how hard it is to visualize a controller you probably haven’t had at hand for a while. It’s important that the buttons all be in the right place, which is why I usually end up googling a picture of the original controller and using that as a map. OpenEmu saves you the hassle and shows you the controller while you’re configuring it so you get everything right without having to do extra research.

This is great if you’re planning on playing games with your keyboard, but it’s also nice if you’re configuring a Bluetooth or USB controller. Speaking of—OpenEmu supports a bunch of controllers right out of the box, and you’ll find they even come pre-mapped to great layouts without you having to do anything but connect them. The list includes peripherals for PlayStation 3 and 4, the Nintendo Switch Pro, 8Bitdo, and the Xbox One and 360, as well as Wiimotes. You can also check out a full list here.

[Related: How to run Android apps and games on your computer]

If you’re a gamer, there’s a good chance that you have at least one of these devices around the house, and if that’s the case, you can start gaming in no time. If you have other controllers, you can also use them, but you’ll need to configure them yourself, which you can forgo if you just use your keyboard.

Remember the Game Genie? If you didn’t own one, that one kid from school probably did and they’d brag about it. OpenEmu supports Game Genie and other codes, and some games even come pre-populated with a few helpful tricks.

If OpenEmu is not pre-loaded with what you’re looking for, you can always find codes for almost any game on GameHacking.org, and add them yourself.

Shaders in a couple of clicks

We’ve talked about how making retro games look good on modern screens can be hard, which is why most emulators support shaders, which act like Instagram filters for making your games look like they’re running on an older display. These help retro games look more natural, and with OpenEmu you can easily switch between several of them—just click the gear icon in the main toolbar.