"One time we made a DNA strand 4 feet tall" 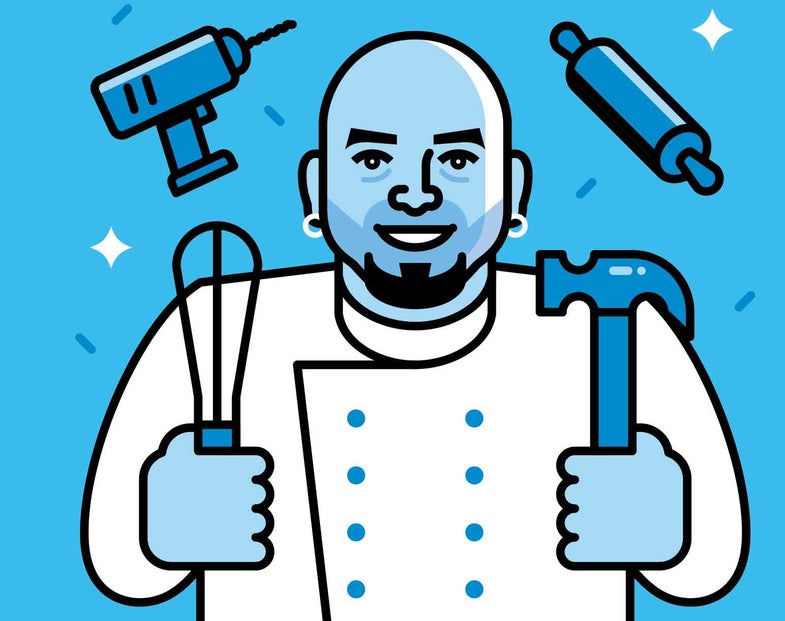 Long before he was a television star, Duff Goldman expressed his artistic side through graffiti. “I wasn’t a bad kid,” he says. “I was just destroying public property and causing hundreds of thousands of dollars worth of damage.”

Goldman’s art teacher intervened and taught the young delinquent how to weld, inducing a lifelong love of tinkering. Today, Goldman creates towering cakes that are as much high-tech fondant sculpture as they are dessert. These edible constructions caught the eye of the Food Network, which gave Goldman’s shop—Charm City Cakes in Baltimore, Maryland—its own television show. Popular Science spoke with the Ace of Cakes personality about hacking pastry. 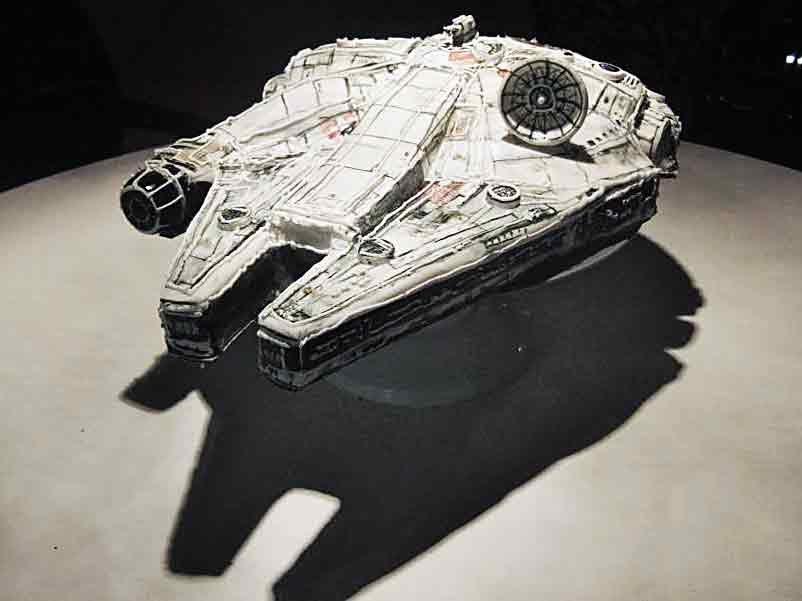 Goldman and his team made this edible replica of the Millennium Falcon.

How do you incorporate technology into cake?

When somebody asks for, say, the Millennium Falcon—great cake, we’ve probably done it 60 or 70 times—I go, “Maybe we can put some bright blue lights on the back so it looks like it’s taking off; it would be really cool if you had some smoke shooting out of here.” I’m always looking to add tech but only where it fits, like a cake of a robot or a spaceship. For a wedding cake, I’m not trying to convince brides, “Let’s make this levitate.”

Have you had any epic failures?

Before I had a show, the Food Network invited me to make a cake of Elvis in this big competition. I wanted a cake spinning around on Elvis’ guitar. I couldn’t find a motor, but I found a disco ball I could take apart. And then I’m on TV, I hook up the disco ball’s motor, I turn it on, and nothing happens. I realize a little motor like that is meant to spin a perfectly balanced ball; it’s not going to spin a 4-pound cake. It was so anticlimactic.

What’s a cake hack you are really proud of?

One time we made a DNA strand, 4 feet tall, for Walter Reed [Army Medical Center]. It was just a stack of 8-inch cakes, a pillar—and pillars are not strong. We’re like, “How are we going to get this thing from Baltimore to D.C.?” We took a dowel, hammered it all the way through the cake from top to bottom, and bolted it underneath the big wooden base the cake was sitting on. Then I drilled a hole in the roof of my van and bolted a hook down. I hung the cake from the top of the van, like a gimbal, and drove it to D.C. Oh man, it was nerve-wracking. I got it down there, and I was like, “I am a genius.”

This article was originally published in the November/December 2016 issue of Popular Science, under the title “Surprising History of the Ace of Cakes.”