For when the only thing you want to do is finding apps. 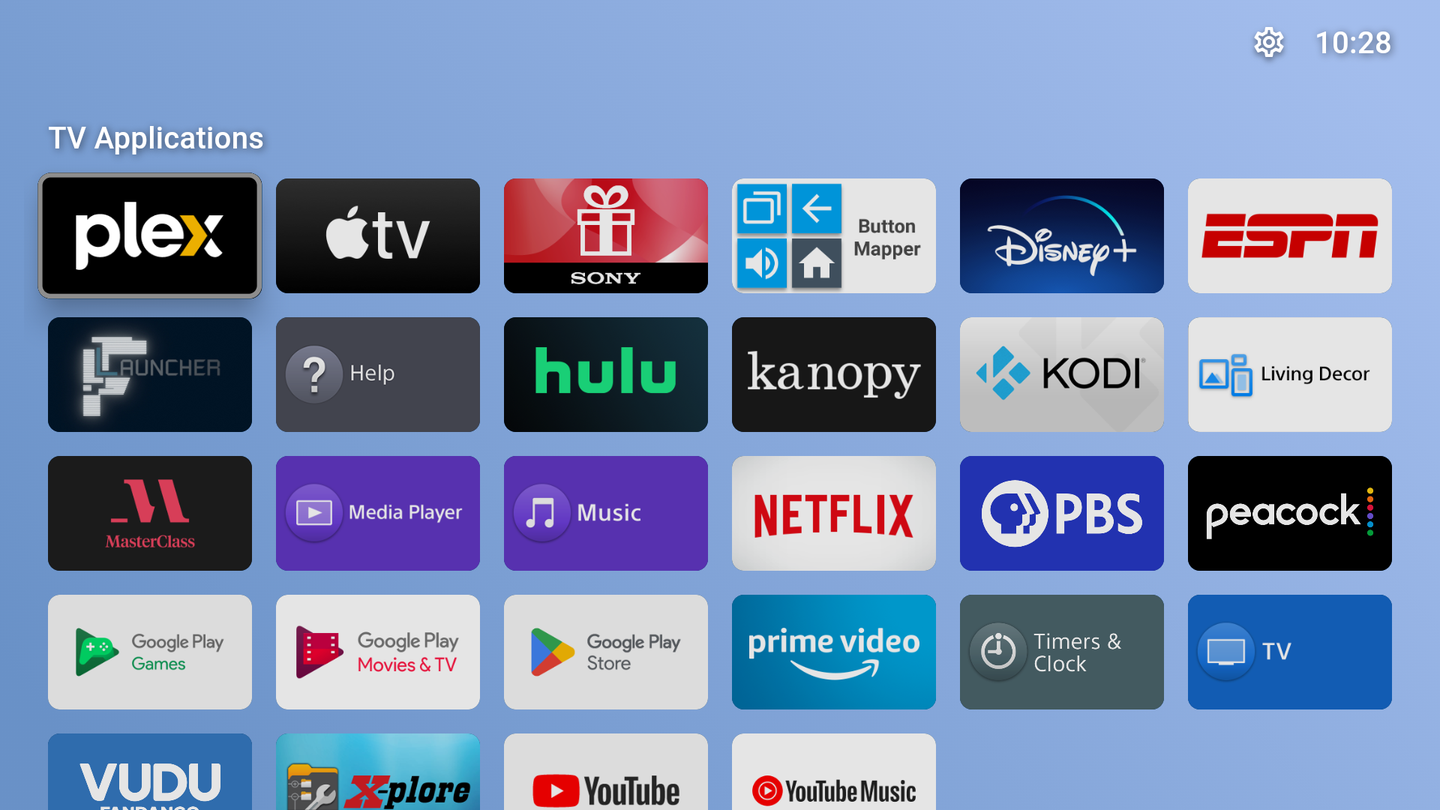 FLauncher forgoes bells and whistles and gets you only what you need—a grid. Justin Pot
SHARE

Google TV (until recently known as Android TV), used to be pretty clean—there was a row of apps, a few video suggestions, and not much else. But not anymore.

The home screen of the platform now has a large featured section advertising shows on services you may not subscribe to, along with algorithmically curated recommendations and trailers. There’s also a smaller row of apps in the midst of everything, which can make it hard to find what you’re actually looking for.

If you’ve been a victim of Google TV’s redesign, know that you can get rid of the clutter by downloading a launcher. These apps act like a coat of paint on an operating system, changing its appearance while leaving the actual functioning intact.

A third-party launcher won’t be the system default, so the only caveat to this approach is that you’ll have to open the app every time you turn your TV on. It may seem like a drag, but you can remap your Google TV remote control to assign an unused button to quickly summon the launcher for you.

There are several options available for download at the Google Play Store. These are our favorites.

FLauncher is completely free and open source, which means it doesn’t have any ads. It’s also probably the most feature-packed launcher we found, and the first on this list you should try. It looks like just a simple grid of apps, but you can press and hold any of them to move it, hide it, or uninstall it entirely—all without leaving the launcher.

You can also create custom categories to organize your apps. For example, you can keep your sports services in one list, your TV and movie services in another, and your system utilities at the bottom.

There are a few other nice features, like a shortcut to the system settings and the ability to choose a  wallpaper from the built-in gallery, or set one up from a USB drive. FLauncher really doesn’t look like much, but it does everything you need, meaning you’ll never need to see the default home screen ever again.

The name is a little absurd—they might as well have called it “Launchy McLaunchface.” But don’t let that turn you off, because this free, extremely minimalist launcher gets the job done. You get a grid of apps and… that’s about it. You can’t sort or remove any tools from the list.

The main customization you get with Launchy Launcher is the ability to add wallpaper, either by choosing one of your own photos using a USB drive or by browsing a free collection of images. This app may seem like it’s way too basic, but you can really make it look great with just a few button presses.

Sure, Launchy Launcher is not going to provide enough customization options for all users, but for some, it’s going to be just right. All some people need is a list of apps, after all.

Dashboard is an overlay, which is a different approach than the other apps on this list. It can’t replace your home screen, granted, but you might never need to use any other launcher ever again, as you can open one app without closing the other.

Basically, you hold down the Home button and have Dashboard show up above whatever you’re watching. That way, you’ll be able to browse your apps without stopping playback. Your most recent apps are at the top and below you’ll see a grid of apps you can re-order however you like.

There’s also quick access to your HDMI ports and other inputs, your TV’s display settings, and a button for launching your TV’s screensaver. Finally, and more interestingly, you’ll be able to see the IP address for your device, which is useful if you’re troubleshooting network issues.

If you liked the retro look of Android TV, this one’s for you. Basic TV Launcher is exactly what its name says, and just provides a row of apps with a search bar at the top.

There’s not a lot else to it, really—you can mark certain apps as favorites and access system settings from a dedicated button. But that’s about it. The real appeal here is nostalgia and a user interface designed with the uttermost simplicity.

Kodi is a bit of a wildcard compared to the rest of the launchers on this list, but you might still want to consider it. This app is not a launcher, but mostly a media management app to watch live TV on your computer that comes with its own robust ecosystem of add-ons. But Kodi is not just for computers: it’s also available in Google Play, meaning you can install it on Google TV and have it launch all of your apps.

[Related: 4 Android home screens that will completely change the look of your phone]

This makes Kodi a pretty good, unconventional launcher, especially if you’re already using it to watch TV shows and movies you’ve got saved locally in a hard drive, for example.

It helps that Kodi is also highly customizable. For example, there’s no end to the list of skins you can download and fidget with, and you can obsessively tweak everything about how the application works— color scheme, which features do and don’t show up, and even the user interface sounds.