It's time to replace that default beep. 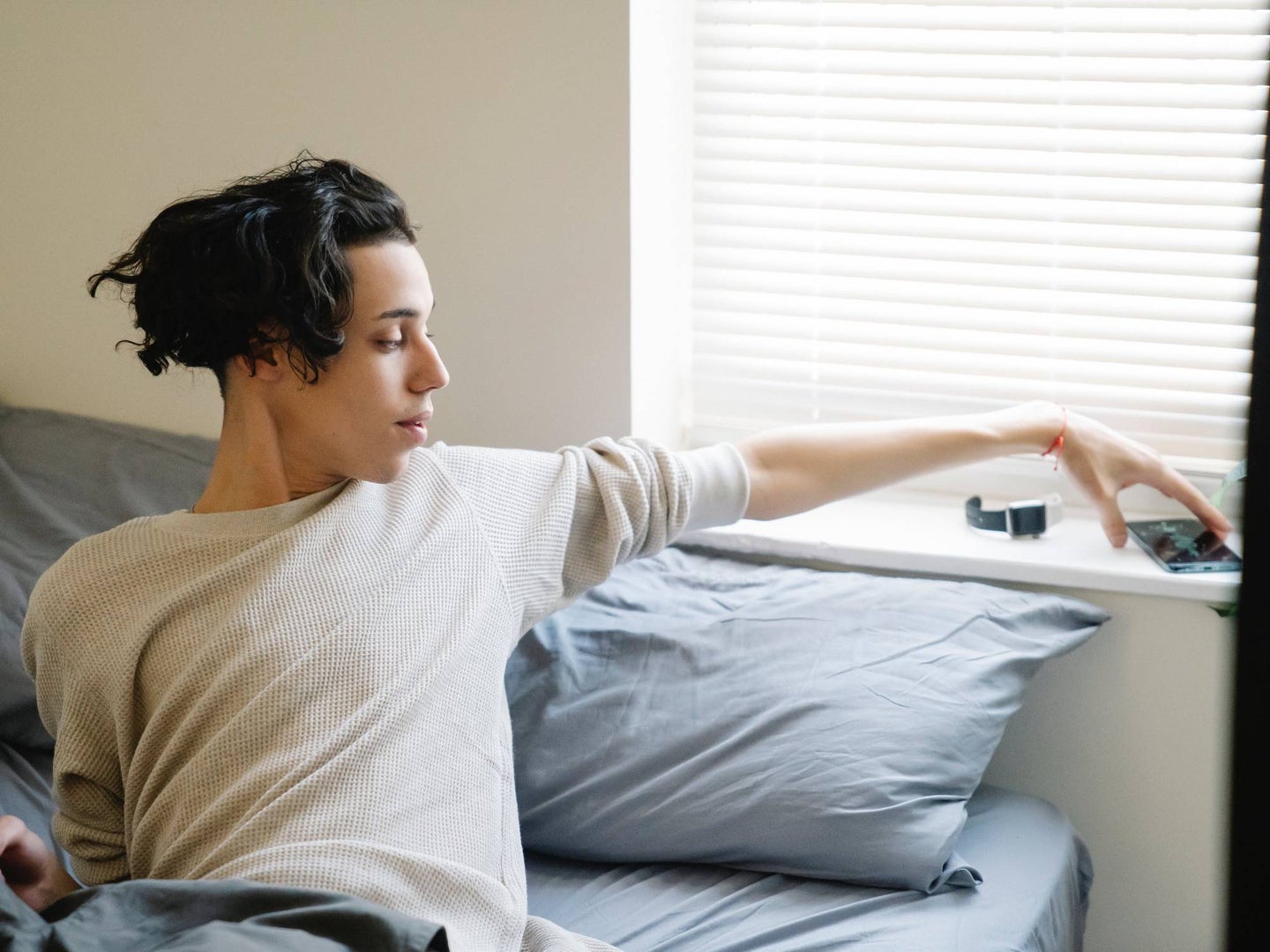 Your morning doesn't have to start with a violent jolt. Eren Li / Pexels
SHARE

Getting jolted back into wakefulness by a harsh, robotic beep every morning isn’t the most pleasant of experiences. Maybe it’s what you got used to over the years, but it’s just something you put up with because it’s what your smartphone offers by default.

This is far from the only option available to you, and there are plenty of gentler alternatives to ease you out of your slumber—from music and sounds of nature to podcasts, and even the morning news.

Here we’ll cover the options available in your phone’s built-in clock app, but if you need more sounds to choose from, there are plenty of third-party alarm apps to pick from as well.

Change the alarm sound on Android

In the default Clock app installed on stock Android, and open the Alarm tab. You can create new alarms with the + (plus) button, or tap one of the existing ones on the list to make changes to it. At the bottom of the displayed options, you’ll see the alarm sound—Bright Morning is the default.

Tap the existing sound to change it to something else: Gentle Breeze and Rolling Fog are two options that are relatively easy on the ears, for example. Tap on any of the entries in the list and you can hear how the alarm sounds before applying it.

Select Add new at the top of the list and you can select a sound of your own from the file system on your phone. In other words, you can use anything you can get in an audio file as an alarm: The sounds of crashing waves from the local beach, your favorite motivational pep talk, the babbling of your baby, or whatever else you like.

[Related: The best ways to record audio on your phone]

Up at the top of the app interface, and if you have these apps installed, you’ll see the two built-in music options: YouTube Music and Spotify. Open up either of these tabs and you can pick any song,  album, or playlist to wake up to. Again, just tap on anything you see to hear a preview.

If you have the app installed, you’ll see Calm on the last tab. This gives you access to a selection of relaxing and meditative sounds, as well as some natural sound playlists. If you have a free account you’ll have access to more than 100 options, but if you pay for Calm Premium ($15 a month) you get a whole lot more, including spoken meditations.

Back on the main list of alarms, tap Google Assistant Routine under one of the entries for even more options. Your chosen routine will kick in after the initial alarm sound rather than replacing it, but there’s a lot of choices here: You can hear the morning news, get a weather update, hear your schedule for the day, and access some of the built-in nature and sleep rounds that Google Assistant offers, including white noise and the sound of a thunderstorm.

Audiobooks and podcasts are options here as well, though you have to use the apps that Google Assistant is compatible with—that is Google Play Books for audiobooks, and either Google Podcasts or Spotify for podcasts.

Finally, don’t forget to set your preferred alarm volume. From the Clock app, tap the three dots (top right) and choose Settings. Under the Alarms heading you can then adjust the volume for these alerts and choose whether or not the volume increases until you hit the off button.

Change the alarm sound on iOS

You can configure alarm sounds on iOS by going to the default Clock app. Tap the + (plus) button in the top right corner of your screen to create a new alarm, or tap Edit to make changes to the existing ones on the list.

When you’re creating or editing an alarm on iOS, tap Sound to see the options you’ve got for audio. Radar is the default one for new alarms, but there are plenty of other choices—from the upbeat Sencha to the more ethereal Cosmic. Tap any entry to hear a preview of how it sounds.

Apple lets you buy new tones (for alarms, calls, texts, and other notifications) through the Tone Store link at the top of the ringtone list. Here you’ll find samples of music tracks, audio clips from TV and film, and natural sound effects to choose from.

Another option is to wake up to songs from the Apple Music app—either tracks you’ve imported or purchased digitally or tracks from the streaming catalog if you’re paying for a subscription. You can see recently selected tracks under the Songs heading on the alarm sound list. Tap Pick a song to choose something new from your music library.

[Related: Apple is breaking up iTunes. Here’s what you need to know.]

You can also make something happen after an alarm goes off through the Shortcuts app that comes built into iOS. Tap Automation, then the + (plus) button and Create Personal Automation, then Alarm. Select Is Stopped, then Existing to choose an alarm you’ve set in the Clock app, then Next, and Add Action. The action you set here will start once you’ve silenced the chosen alarm.

Select Apps to see which of the tools installed on your phone work with Shortcuts. The Apple Podcasts app is one example: If you choose Podcasts and Play Podcast, you can have the show of choice start right after your alarm has been silenced, even if it doesn’t actually wake you up to begin with.

iOS also gives you a sleep schedule feature, which you can find through the built-in Health app. Pick Browse and Sleep to set it up and create a separate alarm for you (it’ll still show up in the main clock app). You get a smaller selection of alarm sounds with this, and you can’t use music, but the audio options are more relaxing.

The volume level of standard alarms is set through the main iOS Settings app: Open it up, choose Sounds & Haptics, and adjust the Ringer and alerts slider as required. If you go through the sleep schedule function you’ll get a separate volume slider when you set the alarm, which works independently to the rest of the sounds on your phone.