Fertility apps are a pain in the uterus. Here’s how to make them better. 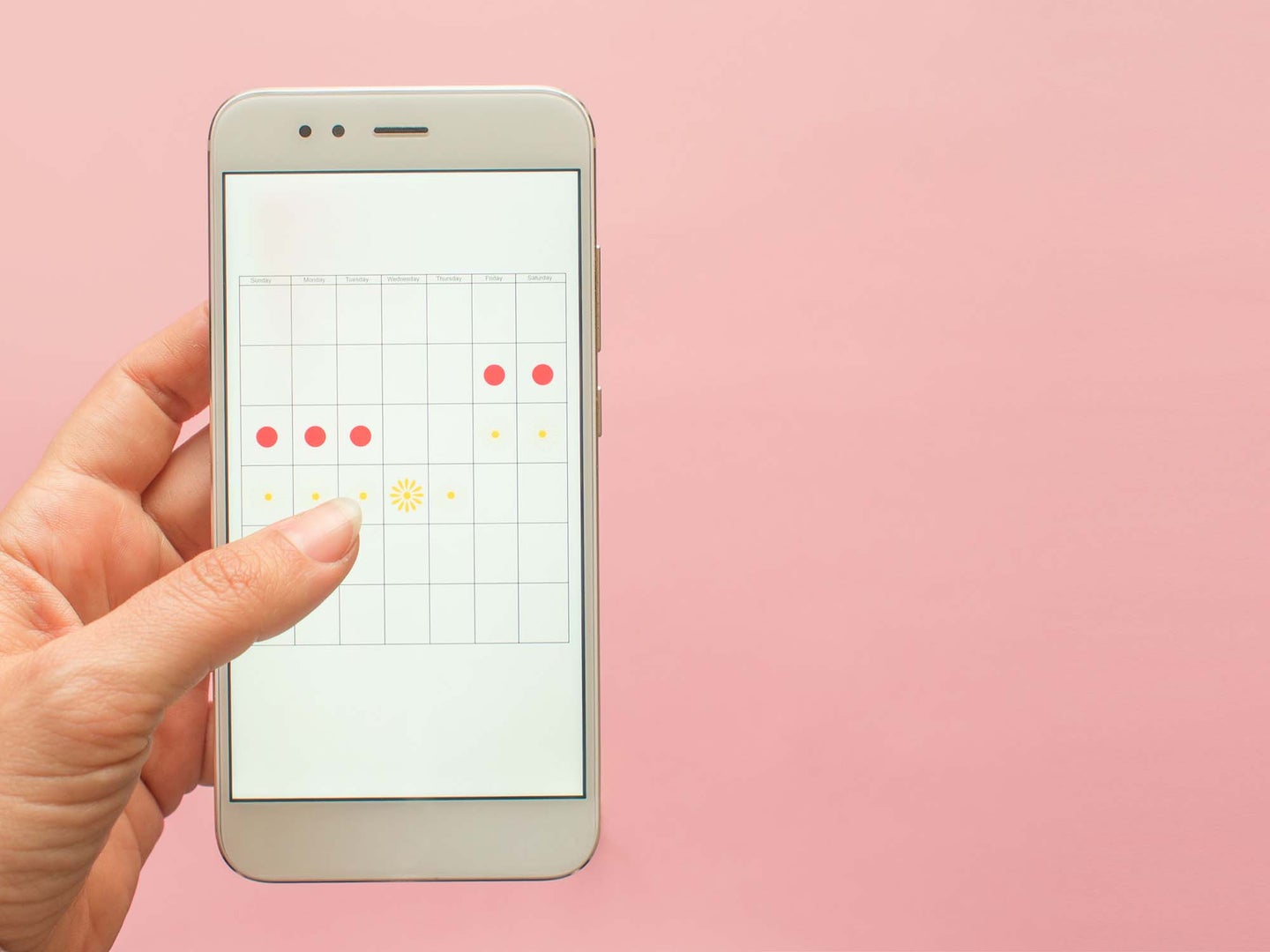 Fertility apps are not half as smart as they think they are. trismegist@yandex.ru / Deposit Photos
SHARE

After 10 months of unsuccessfully trying for a baby, I was frustrated. Looking for some answers, I took an ovulation test only to find out three minutes later that my trusty fertility app had betrayed me—its prediction for me and my partner’s best time to conceive was off by a full week. This meant that thanks to modern technology we had consistently been missing our window of opportunity for nearly a year.

Once I figured that out, I deleted the app and rearranged my sex life. Two months later, I had a thumping little heart on my first ultrasound. I was elated. I was furious.

Data shows that most fertility apps can’t do what they were designed to do, and only four out of 53 platforms can accurately identify fertile windows. For people hoping for a child, faulty technology may be hindering a most desired pregnancy. For those wanting to avoid pregnancy, it may have resulted in an unwanted one.

“The truth is all these apps make unfortunate predictions based on unfortunate assumptions,” says Brian Levine, OB-GYN, director of CCRM fertility clinic in New York City, and a specialist in reproductive endocrinology and infertility.

Levine is just one of many doctors in the field who are frustrated with fertility apps. And failure to predict the best time to get pregnant is just the tip of the iceberg.

Your app is incorrectly predicting your fertile window

So your app was wrong about your fertile window—a period that commonly lasts four days—by a day or two. Big whoop.

Well, big whoop indeed. A 2018 study analyzing period apps says a deviation of a few days may lead a couple to try for a baby on days where fertility is low or non-existent. When it comes to the likelihood of getting pregnant, this approach maybe even worse than random intercourse.

Accuracy is also essential for those looking to avoid pregnancy. In 2016, researchers analyzing fertility app marketing found that 55 out of 95 of them either had a disclaimer “prohibiting use for avoiding pregnancy,” or didn’t follow well-known and evidence-based tracking methods, which are the standard for family planning. This means that over half of the apps in the study couldn’t do one of the main tasks people need them to do—help them prevent pregnancy.

[Related: How to find the best apps—and avoid the duds]

Multiple studies, including those mentioned above, point to a major problem with the data apps use to determine your next fertile window: previous cycles. Trisha Shah, a reproductive endocrinologist at Conceptions Florida, says some apps use cycle information from thousands of users on their own database to make predictions.

“The app will use a formula to compare your data with data points of other women with [for example] 32-day cycles to better predict when you should ovulate and adjust the day of ovulation,” she explains.

But irregular cycles are not uncommon, and then you need to consider human error. People fail at logging their period dates and symptoms correctly all of the time, and sometimes forget altogether.

“Garbage in is always going to yield garbage out,” Levine says.

Your app has confusing methods for logging the first cycle day

Knowing the first day of your last period unlocks a plethora of relevant data. It can help you figure out when your next serious PMS craving will be, help your doctor identify a pregnancy’s due date, or serve as a starting point for calculating your next ovulation. People have turned to apps because they help them keep track of these important dates.

But determining the official first day of your cycle can be confusing and you can’t count on your app telling you or helping you by providing the right options to log it. Some apps have different options to track spotting, and the beginning of your cycle, while others assume your cycle started when you logged spotting. Both approaches are problematic.

“The first day [of your cycle] is the first day of full-flow bleeding—what your normal menstrual cycle flow would be,” says Lauren Bishop, OB-GYN and assistant professor at Columbia University Fertility Center.

If your app is throwing you off, you can use a pictorial blood assessment chart, which Levine recommends to his patients. This score-based system uses a simple spreadsheet to help people track the timing and intensity of bleeding for each day of their cycles. He asks his patients to fill it out and bring it back to him to reveal any issues.

You can fill out the chart manually by printing the PDF file in the link or adding details directly using your computer or smartphone. By recording which type of sanitary product you used, and how many times a day you changed it, you will have a much more detailed picture of your period. In turn, this will provide much more accurate data to determine when your cycle actually started.

If you have problems reading the chart, you can bring this information to your OB-GYN on your next visit. They will be able to help you assess the data and teach you how to interpret it.

Your app wasn’t made for “imperfect” bodies

All bodies are different, and they can be unpredictable. But many apps assume the opposite, especially when they presume all menstruating people have a 28-day cycle. In real, actual human life, cycles vary a lot from person to person and even from cycle to cycle.

Medically speaking, a “normal” cycle is anywhere between 21 and 35 days long, counting from the first day of your period to the first day of the next one. Levine explains that the apps assume a predetermined schedule they deem normal, in which every stage of the cycle lasts exactly the same for everyone every time.

“The problem is that these apps have not gotten smart enough yet,” Levine says.

He explains some people try to improve accuracy by manually inputting their ovulation test results, but apps are just not designed to integrate multiple data points. Fertility apps don’t handle aggregated data well, so imperfect things—faulty data, wrong assumptions—combine to produce misleading conclusions. For example, if an app says you’ll be ovulating on day 15, but you have a positive ovulation test on day 11, it doesn’t average the two, or isn’t smart enough to pick the best choice.

The details of your cycle symptoms, from bloating to vaginal discharge, are your and your doctor’s business. Nobody else’s.

But your app might be telling all of to platforms like Facebook or Google, and other marketing and analytics-based companies. A Federal Trade Commission complaint filed against menstrual tracking app Flo in January 2021 revealed just that, and accused the platform of misleading users and sharing personal health information between 2016 and 2019.

Aside from the ethical and security concerns, having big tech companies knowing too much about your cycle can also lead to unnecessary and increased worry and emotional distress. The medical definition of infertility, Levine explains, is when someone under 35 unsuccessfully tries to conceive for a calendar year, or when someone between the ages 35 and 40 has the same results after six months.

“But typically these apps, after three cycles, start fear-mongering,” he says. “They start pushing content to you, pushing forums to you. And that’s unfortunate.”

Only around a third of people trying to conceive succeed within the first three months, says Betsy Greenleaf, an OB-GYN with a specialty in urogynecology, and a feminine health advisor at Ph-D Feminine Health. She explains that a variety of environmental and natural factors impact pregnancies before they’ve even started.

“[If] scientists are unable to predict with sophistication true pregnancy rates, a phone app certainly does not have that ability at this time,” she says.

If your fertility app is bombarding you with articles, take a minute to identify where they come from and always look for a list of sources either at the beginning or the end. You should also pay attention to how the app might be curating them based on your personal health information.

You might also start seeing ad recommendations on social media that may be related to the data on your fertility app. If that’s the case, take the time to read the platform’s terms and conditions to ensure your data is secure and you know exactly who has access to it. If you see something you don’t like, dive into your app’s privacy settings and see if you can limit how third parties use your information or consider switching apps altogether.

Your app is stressing you out

It’s possible that the very tool you are using to get pregnant is preventing it through added stress and feeding your obsession with symptoms and tracking.

For example, maybe cervical mucus and basal body temperatures really weren’t on your list of concerns until you saw an unfilled data entry for them. But then you see it and you start thinking that it’s a necessary piece of information that will up your chances of ultimately conceiving.

“[The apps] are also frequent reminders that you are not pregnant,” Levine says. “They can actually become quite devastating to the patient.”

If you think that out of all the apps out there, there must be at least one that does a good job, there is. But it’s not the one you think. The only one Levine recommends is the calendar app on your phone, which you can even replace with a relic from the past: a good ol’ paper calendar. This flexible format will allow you to keep track of your symptoms as they happen and input whatever data point you think is relevant to your reproductive health.

And if you need help interpreting the data, all of the experts we consulted had the same recommendation whether you are trying to prevent pregnancy, conceive, or simply figure out when your period might come: ask your OB-GYN. They are trained to screen for issues your app can’t, and have more context on your body, your history, and your goals.

In the meantime, scientists have some ideas when it comes to improving fertility apps. First, developers need to disclose the algorithms they are using to facilitate constructive criticism. A conjoined effort could increase confidence in the platforms, directly benefiting users. Second, the apps should incentivize people to completely fill out data requirements. As opposed to a partial record, having as much information as possible could improve predictions.

Either way, history shows we will continue to procreate somehow—with or without an app.