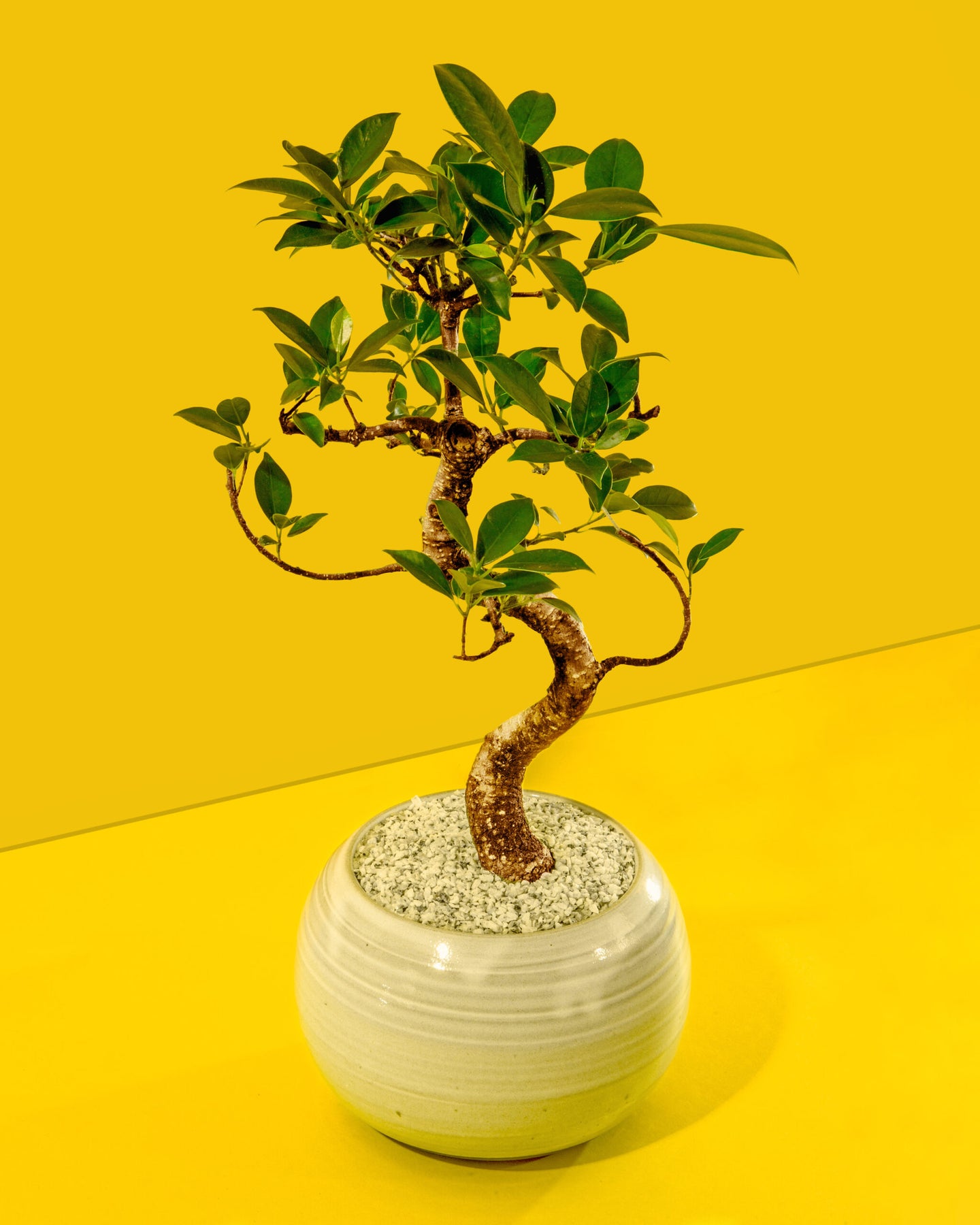 Bonsai growing methods can be applied to a number of plants, including the Chinese banyan, which is a member of the fig-tree family. Aaron Durall

The beauty and science of growing bonsai

The traditional Japanese practice is practically a form of therapy.

Walk the path at the Crespi Bonsai Museum in Milan, and you’ll come upon a tree that has thrived for more than 1,000 years. This 10-foot millennial, flanked by manicured plants that have also lived for centuries, soaks up the Italian sun beneath a glass pagoda while expert groomers tend to its needs. Long-time bonsai practitioners like them can find the process more relaxing than fussy, and home versions of the specimens offer beginners a simple, satisfying route to chill.

Bonsai loosely translates to “tray grown,” a reference to the Japanese practice of cultivating plants in pots that dates to the sixth century or earlier. The method works with a wide assortment of flora, from those perfectly content living inside, like petite tea trees (Carmona microphylla), to outdoor-loving varieties, like eastern red cedars (Junipurus virginia).

The tree pictured here is a Chinese banyan (Ficus microcarpa), a common beginner’s bonsai thanks to its hearty nature and an indoor-friendly cousin of the Milanese masterpiece. It grows natively throughout the Asian tropics and into Australia, and its happy place is similar to that of humans: anywhere between 55 and 80 degrees and with some moisture in the air. It needs water only about once a week, and experienced gardeners will eventually learn to more precisely gauge if it’s thirsty by the weight of the pot. Like any plant, it demands fresh soil, but just every one to three years, which is also when the robust root system—constrained by a sturdy stone vessel—should get its regular pruning.

While the common image of bonsai care involves lots of trimming, most trees—including the ficus—require only occasional cuts. Snipping a branch back to two leaves after it sprouts six or eight is all it takes. Advanced groomers can wrap wires around the stems to gently mold them into pleasing forms.

With enough attention, the Chinese banyan will grow into an impressive miniature. Eventually, aerial roots will descend from the branches like organic party streamers, as if celebrating that you’re a great plant parent. And with proper care, this happy little tree could live for centuries.