From flaming unicorns and drivable hammocks to chair-sized 3-D printers and cat-accommodating wagons, check out the highlights of NYC’s 2012 Maker Faire. 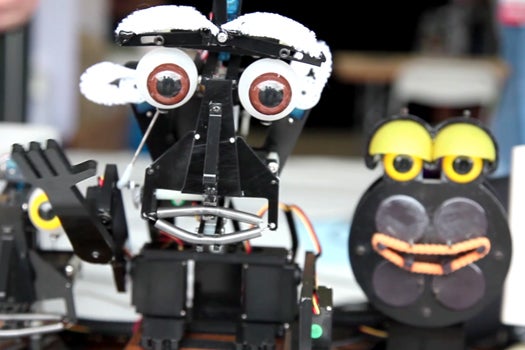 Thousands of inventors, hackers, makers, and do-it-yourself enthusiasts swarmed New York City this weekend to get a taste of Maker Faire, one the planet’s biggest do-it-yourself festivals.

Organizers call their event the “greatest show (and tell) on Earth” after the hundreds of projects hauled out for display every year, from flame-and-sparkle-shooting unicorns to remote-control hammock cars.

Popular Science grabbed a camera and headed out to the New York Hall of Science — the grounds of the festival since it landed on the East Coast in 2010 — and documented the smorgasbord of mind-blowing projects.

Projects
art
arts
do it yourself
Gadgets
maker faire