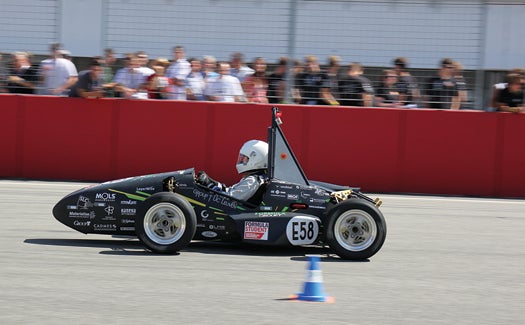 For the Formula Student 2012, a motocross competition held at England’s Silverstone Circuit, 124 teams from universities around the globe spent a year designing and building single-seat racecars. Student engineers from Group T, a postsecondary institution near Brussels, took the challenge to an extreme: With the help of industry partners in Belgium, the team used 3-D printers to fabricate major parts of an electric, air-cooled vehicle.

One company, Materialise, created the body with stereolithography machines, integrating a student-designed system that, on the car’s left side, draws air across the radiator to cool the engine and, on the right, keeps dirt and water away from the battery pack. The students then worked with the technology group Sirris to print suspension uprights from titanium powder, which lightened the car’s frame by 30 to 40 percent.

Another firm, Layerwise, printed hollow titanium suspension components that cut the weight further. When the students raced the car in August, it honored its Greek namesake, Areion—a swift mythological horse—and accelerated to 62 mph in just four seconds. In the overall competition, however, they placed 52nd out of 102 teams. 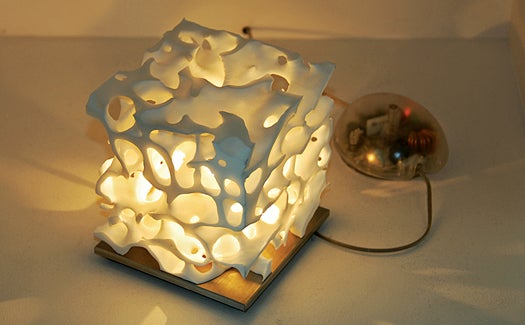 When Dimitri van Lessen wanted to impress his girlfriend with a unique gift, he looked to anatomical imagery at the 3-D printing and software company in Belgium where they both work. Van Lessen started with images of trabecular bone and used them to generate a computer model. The shape proved too intricate to print, but a co-worker helped adapt it into a workable design: a porous, 4.3-inch cube with room for a halogen bulb inside. Van Lessen printed the lamp in nylon and mounted it on a metal base, adding a dimmer to modulate its eerie glow. 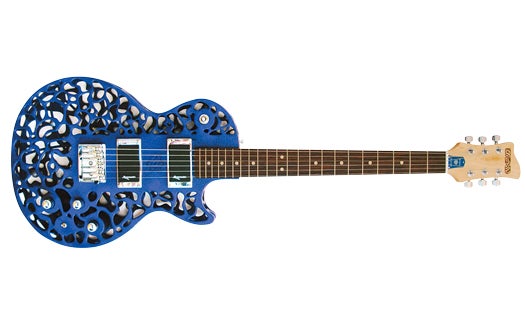 Olaf Diegel, a professor of mechatronics in New Zealand, uses 3-D printing to craft bespoke electric guitars. Diegel starts with computer-assisted designs inspired by beehives, scarabs, atoms, and electrons, among others, and then prints them with nylon powder deposited in 0.1-millimeter-thick layers. Building up each one of Diegel’s 300-millimeter-by-350-millimeter guitar bodies takes about 11 hours. When paired with a wooden neck and electric pickups, a completed guitar creates acoustics similar to that of a Fender Stratocaster, Diegel says. Plus, the synthetic ax is nearly indestructible—no matter how hard the owner shreds.