Project Of The Month: The Soldering Gun 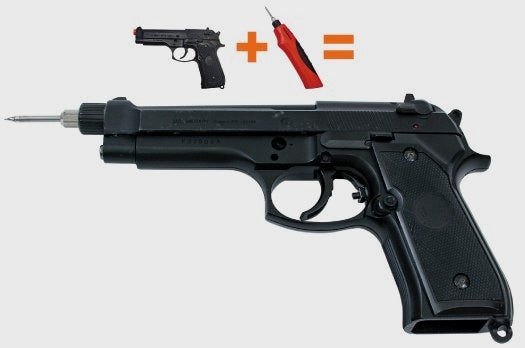 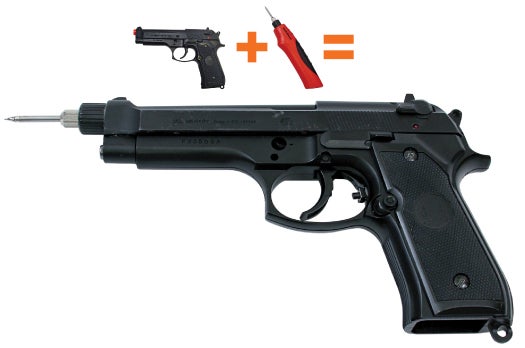 Mike Warren, an editor at DIY website instructables.com, wanted a tool that was fun and unusual for projects that require soldering electronics. His solution? Disassemble a 15-watt soldering iron and install it in the gutted body of an air-pellet gun. He replaced the iron’s power switch so that pulling the gun’s trigger would turn it on and off and hollowed out the magazine with a rotary tool to make room for a battery pack. To prevent shorts, he covered the exposed electrical leads with heat-shrink tubing and threaded them through the gun’s barrel. Warren’s soldering gun reaches 365°F in about seven seconds. He has already used it to wire a 360-degree camera into a hat.