With some film and a saltshaker, you can take radioactive pictures 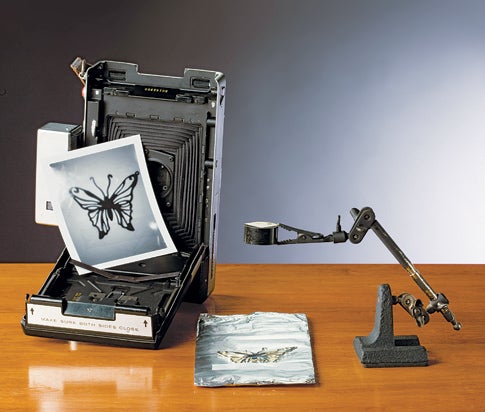 Everyone knows light exposes film, but other forms of radiation do as well—a fact you can use to take pictures in some pretty unusual ways.

It’s also how radioactivity was first discovered. In 1896, French physicist Henri Becquerel stored some x-ray film in a drawer along with a uranium rock. He suspected that uranium might emit strange rays when exposed to sunlight, but this sample had been kept entirely in the dark, so he was surprised to find, on developing it, that the mineral had exposed the film. The discovery of natural radioactivity won him a Nobel Prize. 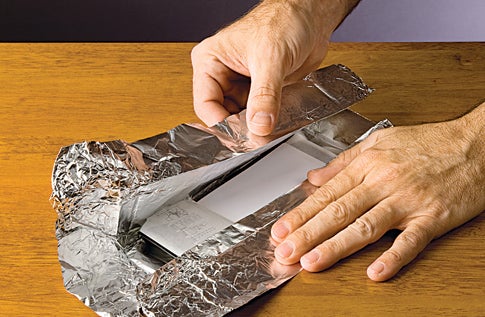 The author used tinfoil to protect the instant film from light. This step must be done in total darkness.

It’s not hard to repeat Becquerel’s experience at home with standard film. I took apart a 10-pack of Fujifilm ISO 3000 instant film and wrapped each piece in tinfoil. This must be done in absolute darkness because 3,000-speed film is extremely sensitive. (I sacrificed the first pack practicing in the light.)

Next I set a big, flat butterfly-shaped earring directly on top of the wrapped film. I suspended the most radioactive thing I have, a small radium puck from an old classroom set, several inches above the earring. This allowed the radiation to shine through it and onto the film, exposing it right through the foil wrapper. Then I developed the film by pulling it through the rollers of an old Polaroid camera (once again, in complete darkness).

This exposure took about 36 hours, determined by trial and lots of error. If you’re willing to wait longer, less-radioactive sources work too, even common salt substitute. Yes, sodium-free salt (potassium chloride) is sufficiently radioactive (from the isotope potassium-40) that after several months, a saltshaker-ful will form an image on film. Provided you don’t forget and eat the radioactive source on your breakfast. 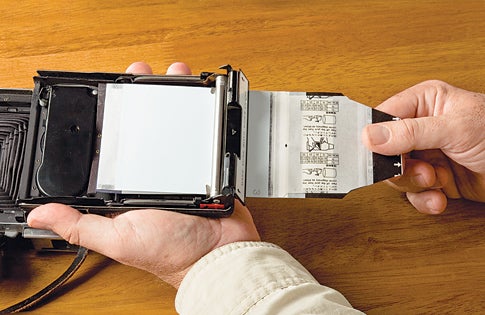 The Moment of Truth

Gray developed the film by pulling it through the rollers in an ancient Polaroid camera.

Achtung! Stronger radiation sources such as radium watch hands, and any source that’s flaking off fine particles, should be handled with care to minimize exposure and avoid contamination.