What parents need to know about ‘dry drowning’

Secondary and dry drowning are rare, but extremely serious. 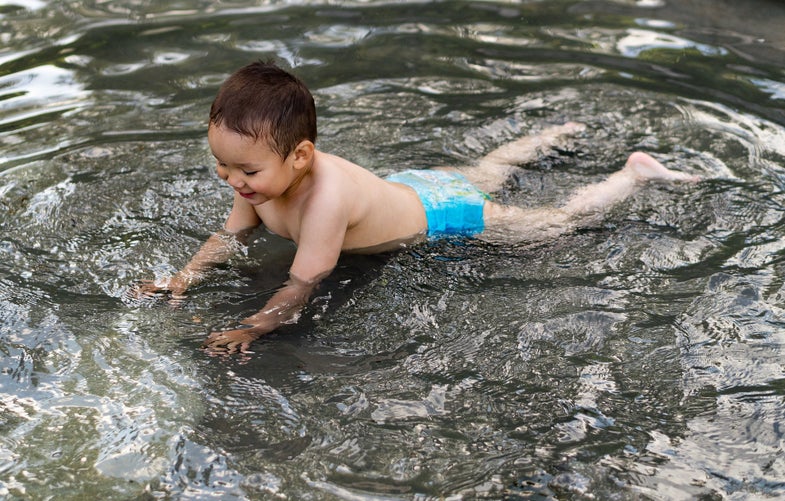 This past week, a Texas family suffered a heartbreaking loss when their four-year-old son succumbed to a suspected (though not officially confirmed) case of secondary drowning—a condition in which inhaled water causes fluid to build up in a person’s lungs. In these cases, death can occur hours after a child goes swimming. Such fatalities are extremely rare, but knowing the causes and symptoms can help put parents’ minds at ease—and help you act fast if something isn’t right.

According to local news reports, the Texas boy was splashing in knee-deep water when a wave knocked him over, submerging his head for a few seconds. He recovered quickly and seemed fine, but a few days later he developed diarrhea and vomiting as well as pain in his shoulder; within a few days, he stopped breathing and passed away.

Though doctors aren’t yet sure, they suspect that water got into the boy’s lungs when the wave knocked him down, resulting in fluid build-up and a condition called pulmonary edema. The fluid makes it difficult for a person to breathe and get oxygen into the lungs and throughout the body. Without an official autopsy report, however, the cause of the tragic death can’t be confirmed. Michael McHugh, the acting chair of the pediatric critical care until at The Cleveland Clinic, told The Washington Post that a bacterial or viral infection from untreated swimming water could also be to blame—and that symptoms of this type of atypical drowning usually manifest more rapidly.

Either way, secondary and dry drowning are both incredibly rare. In fact, as The Washington Post reports, while the Centers for Disease Control and Prevention say that about 10 people die from unintentional drowning daily, the agency doesn’t even collect statistics on “dry drowning.” One 2006 study out of the British Medical Journal states that they account for just two to five percent of all submersion incidents.

What to look out for

Atypical drowning usually results from one of two conditions: “secondary” (or “delayed”) drowning as described above and “dry drowning”, which occurs when water enters the airway and causes the muscles there to spasm, preventing air from entering the lungs. Both incidents, which occur most commonly in young children (but can also, on occasion, happen in adults) are considered a medical emergency, and any symptoms should be treated with urgency, according to the American Osteopathic Association.

The two types of atypical drownings share many of the same symptoms, though dry drowning usually occurs immediately (or very shortly after) the water inhalation incident. Secondary drowning can occur between one and 24 hours after the event.

The typical signs are: trouble breathing, coughing, sleepiness or a drop in energy level, chest pain, vomiting, and any type of irritability that is strange or abnormal for the child. The American Osteopathic Association warns that if parents notice any of these indicators after their child has spent time in the water, they should immediately go to the emergency room for evaluation. Sometimes the symptoms can be mild and improve on their own, but they can also quickly become life-threatening—and it’s often impossible to tell which outcome you’ll get. And because these symptoms can be hard to spot, especially in young children, it’s important to always note if something is just not quite right, or if your child is not acting like their normal self, if you know they’ve recently had the opportunity to inhale water.

In addition, parents should attempt to avoid these incidents altogether by teaching their kids about water safety, taking them to swimming lessons, and watching them closely—though there are always accidents that are unavoidable. Parents of teenagers should ensure that their children understand the risks involved with swimming while under the influence of drugs or alcohol, when accidental water inhalation becomes more common.