Cockroach tea and cricket crepes: How to add (delicious) bugs to your diet 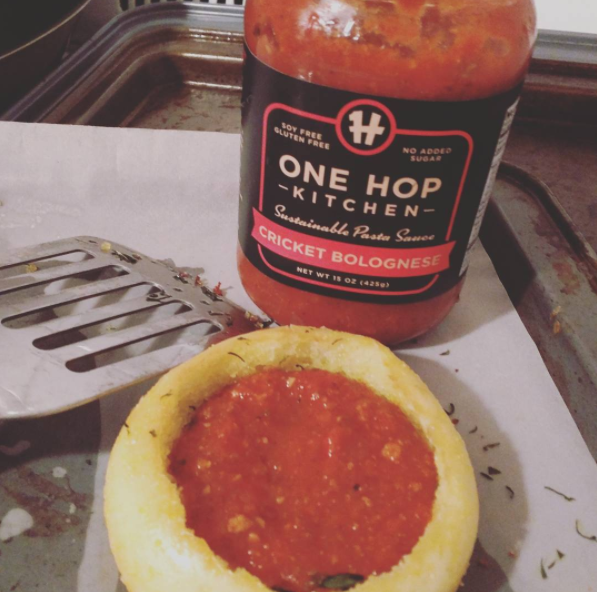 It’s easy to sing the praises of entomophagy, or the practice of eating insects. These animals clearly provide a superior source of protein: Pound per pound, their land requirements and water usage are laughably low compared to even the most sustainable beef and chicken. They’re also easier to farm ethically, since “slaughtering” them is usually as simple as lowering the temperature until they slow down and die.

And they taste pretty good, too. ChefPV, host of a new YouTube series called Buggin’ Out, came by on Wednesday morning to help editors at Pop Sci expand our insect palates. Our Facebook Live is embedded above, and it’s full of fascinating facts and useful cooking tips.

ChefPV started our meal with cricket crepes. These are easy (or as easy as crepes are, anyway). Just take some cricket flour which you can purchase here and mix a few tablespoons of it into your baking flour of choice. Cricket flour folds seamlessly into baked goods, but it doesn’t actually take the place of a starchy flour—so you’ll need wheat or coconut flour making up most of the mix. You can also use a pre-made cricket baking flour, which you should be able to purchase at your local Whole Foods or an online retailer. After that, you can pretty much follow a standard crepe recipe: ChefPV mixed in a little hemp milk and some spices.

ChefPV added touches like a blueberry ginger compote (just cook berries down in a pan with a little maple syrup or sugar, and grate ginger on top as the fruit turns syrupy) and yogurt. The PopSci team could taste a subtle earthy flavor to our sweet breakfast, but this in no way detracted from its total scrumptiousness.

For the second course, ChefPV opened up a couple jars of One Hop Kitchen’s cricket bolognese sauce (yes, that’s a thing you can buy). It smelled amazing, and the final result didn’t disappoint: ChefPV whipped up brunch by hollowing out some english muffins, dropping a spoon of sauce inside, adding an egg on top, and throwing the whole thing under the broiler.

The PopSci team was really surprised to find that the bolognese—which was delicious—had exactly the same mouthfeel as a sauce full of ground turkey or beef instead of ground crickets. The tiny chunks of meat added flavor and texture, but we didn’t feel like we were eating bugs. ChefPV’s special sauce of mayonnaise, horseradish mustard, and Sriracha didn’t hurt, either.

There’s also cockroach tea, which ChefPV has been experimenting with recently. While he cautions city residents not to harvest the bugs found in their own apartments (you never know what kind of poisons they might have eaten before making their way to your kitchen), he insists that cockroaches are the most delicious insect he’s worked with. Boiling them up in water creates a rich, umami-filled broth that can be used in just about anything. ChefPV has been drinking the liquid as a tea, and he says it tastes quite similar to medicinal mushroom tinctures. And it apparently does wonders for the digestive system.

You can see more of ChefPV’s creations on his YouTube channel. If you’re a teacher who thinks your class would enjoy snacking on insects, check out ChefPV’s crowdfunding campaign—he’s looking for schools to visit on his upcoming tour.