This Could Be The Combustion Engine That Works On Venus

Torpedo technology from the 1920s could fuel future spaceflight 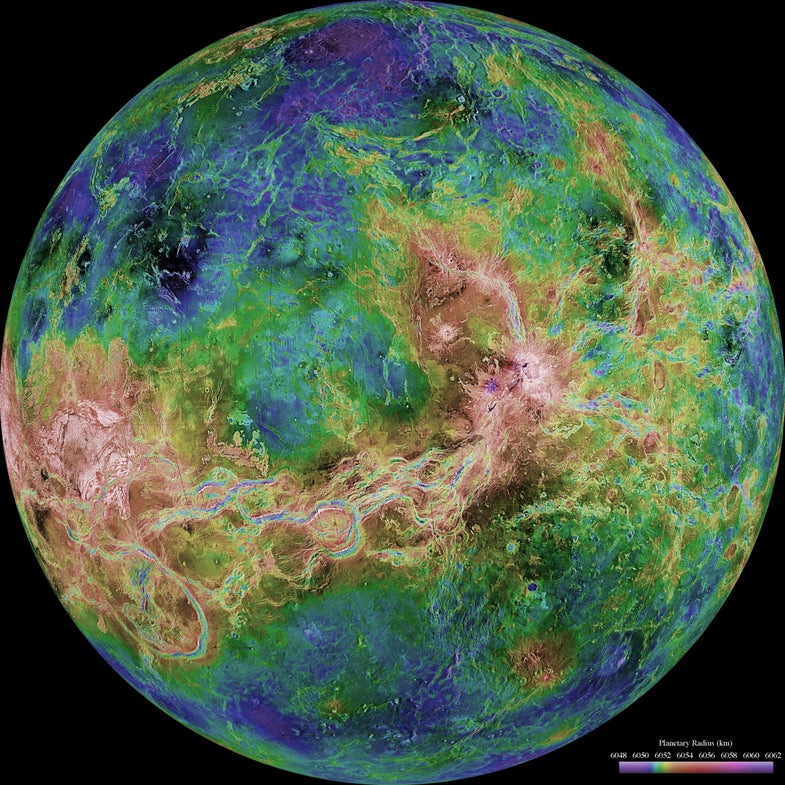 In the depths of space, when even starlight can’t be relied on, spacecraft need some form of long-lasting, chemical energy to endure potential decades without recharging.

SCEPS works by combustion, just like when you burn natural gas, says Michael Paul, except in this case the fuel is lithium. (Combustion requires oxygen and another element.) In their proposed core mission, a theoretical trip to Venus, Paul’s team has proposed absorbing the planet’s CO2-rich atmosphere as an oxidizer to mix with the lithium. In other words, they’re using Venus’ inhospitable climate to power their lander, and Paul says their SCEPS system could last up to thirty days.

The technology is not new, according to the US Navy, which says that it experimented with the process as early as the 1920s, and put SCEPS to work the Mk 50 torpedo in 1972.

With SCEPS there isn’t a problem of not making enough energy, but in scaling the energy down to manageable levels, according to the project description. Torpedoes like the Mk 50 could use thousands of kilowatts at a time, but NASA says that expeditions like the Phoenix Mars Lander only require hundreds of watts.

Other landers and spacecraft use different forms of energy like plutonium, but Paul says that plutonium can be difficult to work with in the United States, so there’s a great interest in developing alternative power structures for space. Right now, the Phoenix Mars Lander and the New Horizons expedition are both powered by plutonium.

Paul, who is also involved in the Titan Submarine in Phase 2 funding, says that his specialty is taking undersea technology like SCEPS and transitioning it to space applications.

This is Phase II of Paul’s funding through the NASA Innovative Advanced Concepts Program. In Phase I, the group explored SCEPS theoretical use for a mission to Venus, and now are receiving continued support through NASA to develop it further. Both phases are funded, but the more serious cash flows in Phase II, which are the ideas NASA sees as more viable possibilities for deployment. According to the NIAC website, $50,000-$75,000 can be granted in in Phase I, and can progress to $300,000-$400,000 in Phase II.