Ask a Geek: Should I Fully Drain My Laptop Battery Before Recharging It?

A case in which the conventional wisdom is scientifically inaccurate 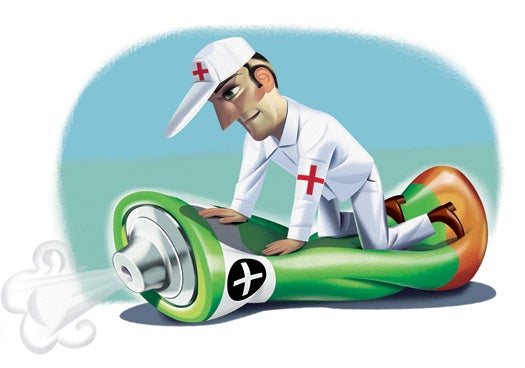 Laptop computers used to run on nickel-cadmium batteries, which experienced the “memory effect,” where they lost capacity over time if recharged before they were drained. That’s no longer the case. Newer laptops use lithium-ion or lithium-polymer batteries. Repeatedly discharging the battery to zero doesn’t help a lithium-ion; in fact, it will probably shorten its overall life and capacity. The only situation in which you may need to intentionally deep discharge your battery is if its built-in digital fuel gauge, which tracks the remaining battery power and reports it to your computer, gets out of whack as a result of long-term storage or heavy use. Some computers have built-in calibration tools, but if yours doesn’t, charge the battery to full and then run it down to zero by disabling power-saving profiles in the operating system.

What about removing the battery entirely? Laptop manufacturers offer conflicting advice. Here’s what I recommend: If the notebook remains plugged into an outlet for months or years, remove the battery and store it in a cool place with roughly a 50 percent charge. This is especially true if your computer gets very warm—heat is the enemy of lithium-ion. If you take it off AC power, say, once every week or even once a month, leaving the battery in place is fine, because smart charging systems will halt charging as the battery approaches full capacity. Many laptops even keep track of the age of the battery and will keep it below full to help extend its life.