For the first time, the FDA has asked a smartphone app company to send in data proving the app works. 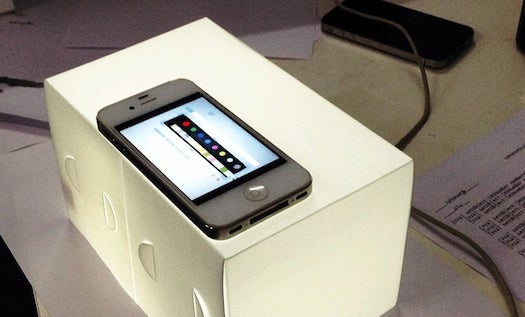 An iPhone app that reads urine sticks for you will now have to get U.S. Food and Drug Administration approval. The administration sent Silicon Valley-based Biosense Technologies a letter asking for data that shows its uChek app works as advertised. Bloomberg called the letter the first of its kind.

Could this be the start of more FDA oversight into medical smartphone apps? The agency first announced it would regulate medical apps in 2011, but officials are still working on final guidelines. They intend to finalize the guidelines this year, agency spokeswoman Synim Rivers told Bloomberg. In the meantime, health apps have proliferated without clear rules about what tests they have to undergo and whether they fall under the FDA’s purview at all.

UChek is designed to use a smartphone’s camera to automatically read colors on home urine dipsticks that are made by other companies and are already FDA-approved. The sticks detect 10 characteristics in urine, including pH, the presence of glucose, levels of different kinds of proteins and the presence of blood. Such measurements may help people manage conditions including diabetes and cirrhosis of the liver. They may also provide clues the user is pregnant, according to the uChek website.

Normally, people eyeball the sticks themselves. UChek standardizes that “is-this-dark-green-or-medium-green?” judgment. It also provides extra descriptors and information about the colorful results, Wired reported in February. Popular Science covered uChek earlier this year, after one of the Biosense founders gave a TED Talk.

Biosense staff plan to work with the FDA to keep their product on the market, one of Biosense’s co-founders, Abhishek Sen, told Bloomberg. The company has 30 business days to respond to the FDA’s request, according to the letter.