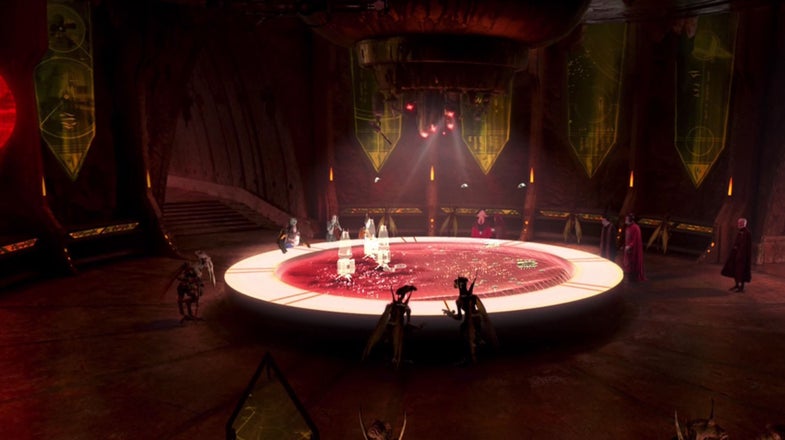 In Star Wars Episode II: Attack of the Clones, the Separatists observe the ongoing battle on a table mounted hologram. The AVIC GCS goes on better, you can actually control the drones with the help of its hologram. starwars.wikia.com
SHARE 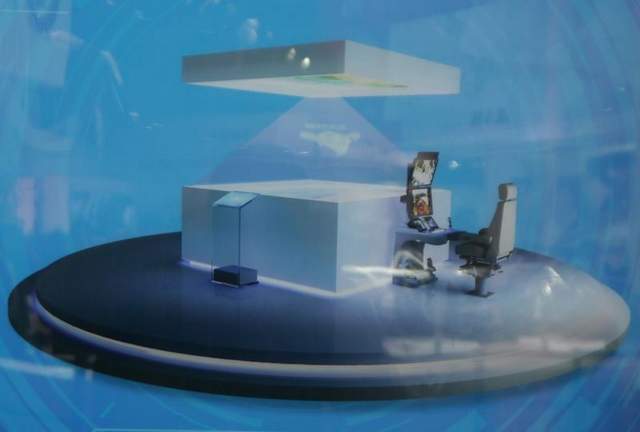 The Holographic Ground Control Station (GCS), displayed at the Zhuhai 2014 Airshow, allows for other personal to observe the drone pilot’s operations. A holographic control station on a major warship, like say the Type 055, creates an immersive but accessible way for commanders to get a grasp of the big picture without drowning in abstract data. 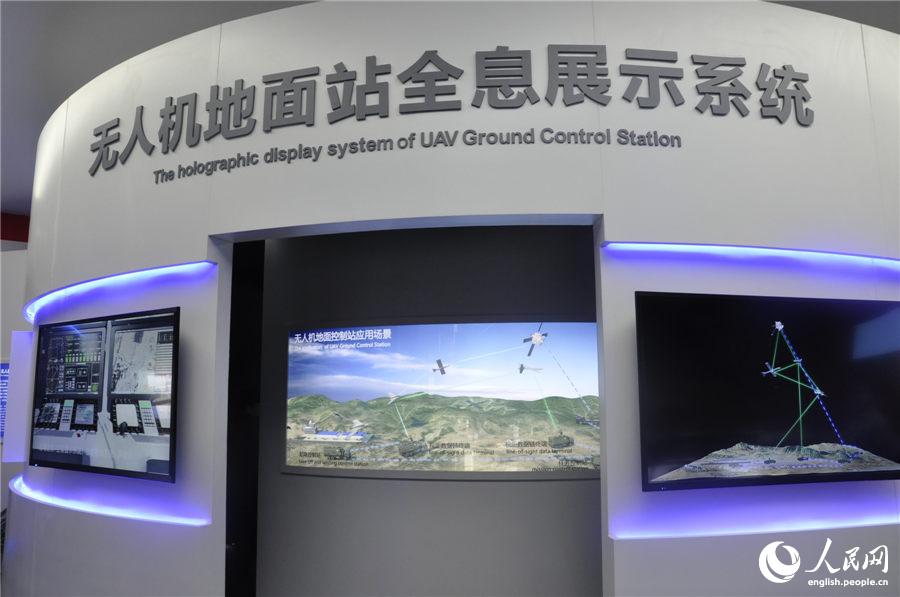 A photo of AVIC’s GCS display booth. Sadly, no working version of the control station was present at Zhuhai 2014. The GCS is designed to be compatible with a wide array of UAVs.

AVIC, China’s top aerospace manufacturer, is finding unexpected but sci-fi inspired ways to push the drone technological envelope. The Holographic Ground Control System (GCS) displays a holographic image of the drone, making it easier for the controller to intitutively understand UAV operations, by fusing together flight parameters, payload monitoring, weapons release and sensor data. The pilot is seated at the cockpit, while other personnel can observe the UAV and its environment on the hologram. 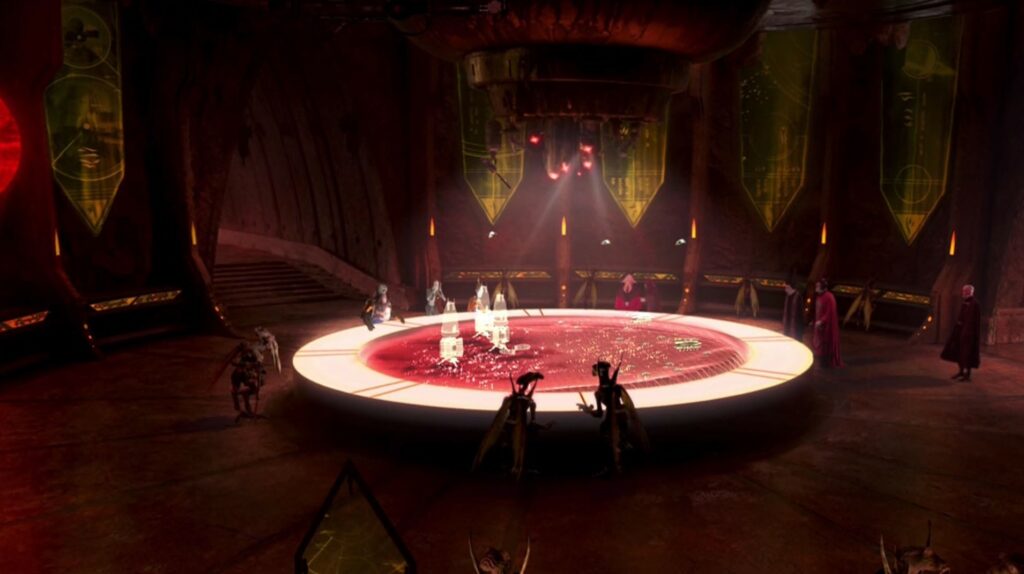 In Star Wars Episode II: Attack of the Clones, the Separatists observe the ongoing battle on a table mounted hologram. The AVIC GCS goes on better, you can actually control the drones with the help of its hologram.

Immersive human-machine interfaces have been a staple of science fiction ranging from Star Trek and Star Wars to Robocop. While virtual reality (VR) headsets allow for individual and networked immersive experiences for air flight, the GCS’s advantage lies in providing a holographic picture that multiple mission personnel, along with the UAV pilot, can view. This enhancement of unit situational awareness would provide a better picture of UAV operations and capabilities to liasion personnel in a joint mission like amphibious or special force assaults. 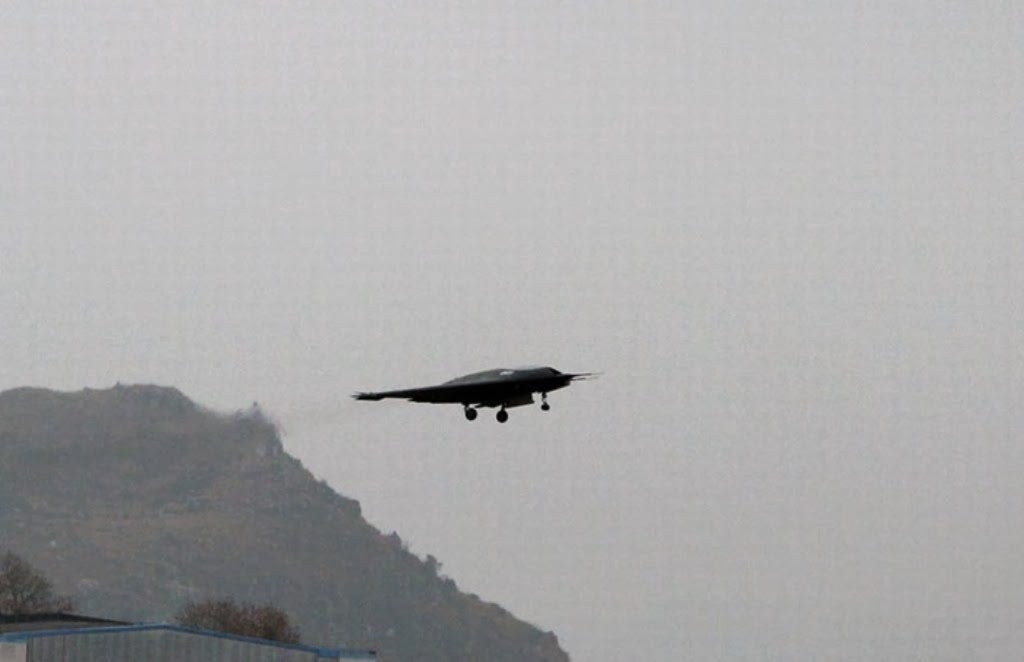 The Lijian stealth drone makes in first flight in Guizhou, on November 2013. The Lijian is similar to other stealth drones like the X-47B and Neuron, including provisions for internal weapons carriage and a degree of autonomous operations. The Lijian could operate from future Chinese aircraft carriers.

AVIC’s emphasis of combat UAV control missions for the GCS indicates that this system could be designed in mind not just for the WJ-1 Pterodactyl UCAV, but also for the Lijian stealth drone. Notably, the GCS’s ability to enable multiple persons to share the UAV pilot’s experience would be a valuable asset in conceptualizing and conducting UCAV operations for Chinese aircraft carriers.