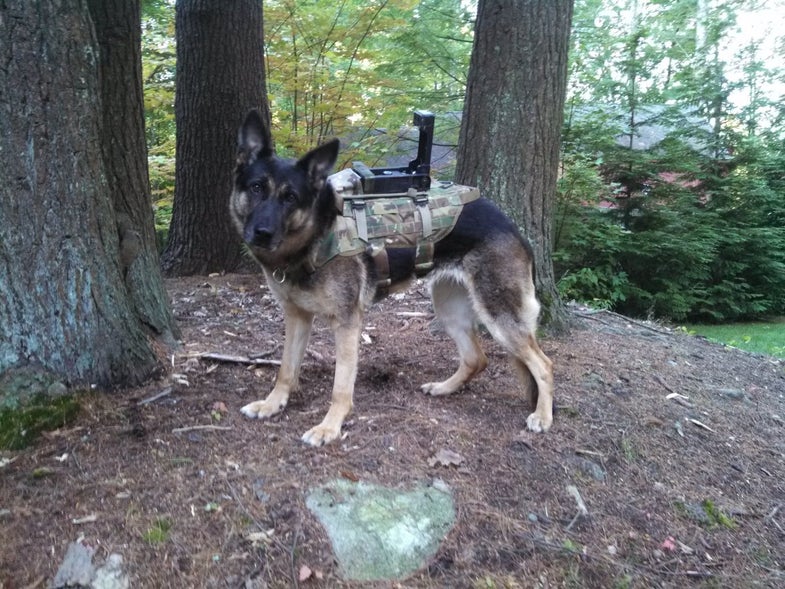 Named for the mythical guardian of the underworld, the Cerberus camera system from Visual Engineering puts a second head on a military or police dog. On display at London’s Defence and Security Equipment International exhibition this week, Cerberus upgrades dogs of war into scouts and more.

The harness-mounted camera includes a microphone, and can be upgraded to include thermal imaging, high definition cameras, and an audio recorder. Normally flat against the dog’s back, that camera springs up when activated by a trainer, who controls it over an encrypted link from up to 1600 feet away, and can watch the video through a hand-held receiver. The whole system is battery-powered.

Armies have used dogs since there were both armies and dogs. That work has expanded from guard duty to include drug detection and bomb sniffing. Adding a camera to a working dog means that not only can it go places humans can’t, but it can stream video in real time, potentially spying ambushers or other important information. Thanks to the microphone in the Cerberus kit, a handler could then call the dog back, having gained the needed information without giving away her position. Dog, camera, and handler working together become a three-headed threat.