Zoos, while generally considered places for the public to see wildlife up close, are also major centers of research and... 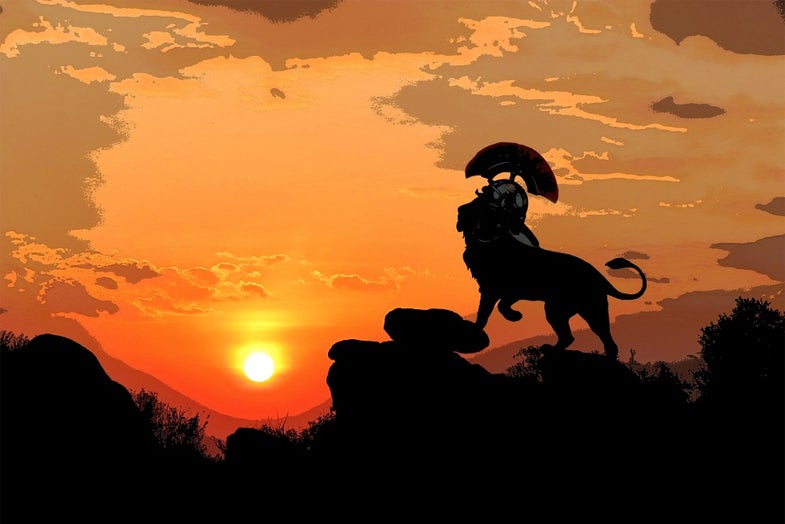 Zoos, while generally considered places for the public to see wildlife up close, are also major centers of research and conservation. In addition to striving to provide the best possible level of care to all animals under their purview, zoos are often wrestling with far more complicated issues. Some of these issues include trying to preserve endangered species, and making sure that the small populations of animals in captivity don’t become inbred and develop deformities.

Zoos on both sides of the Atlantic have limited space, and with their space limitations, they share a goal of controlling the size of their captive populations. But they have vastly different approaches to the issue. While many zoos in North America use contraception to control their animal populations, their European counterparts do not, even if that means they produce extra animals. Instead, the European zoos prefer that their animals get to experience giving birth and raising their young. To control the population, excess animals are then culled.

There are downsides to both approaches.

The Copenhagen Zoo, which has a longstanding policy of euthanasia, saw that controversy first-hand earlier this year when it became a target of international outrage for killing a giraffe and four lions within a few weeks of each other.

The animals at the Copenhagen Zoo were killed as part of a long-standing breeding program. The lions and the giraffes that were culled didn’t fit with the long-term effort to keep a diverse and thriving genetic population, but all were culled for different reasons. The giraffe’s genetic makeup wasn’t considered valuable to the breeding program. Two of the lions were an old breeding pair, who were nearing the end of life. But the other two lions are a bit more controversial: they were too young to fend for themselves against another new adult lion in their zoo habitat, who likely would have tried to kill them. That young adult male lion had been recently acquired by the zoo to mate with two female lions and continue the breeding process. To make room for him and make sure that no lions injured one another, the zookeepers removed the two younger animals.

Science Director of the Copenhagen Zoo Bengt Holst has been outspoken in defending the zoo’s unpopular decision, and was recently quoted as saying: “We should not tell the Disney story that animals are only cute and only get born and never die.” Zoos have to make hard decisions about how to allocate their space, and sometimes those decisions mean removing animals.

The incident in Copenhagen was a window into one of the deep issues zoos all over the world struggle with as they try to balance research, animal care, and visitors. If the Copenhagen Zoo had unlimited resources and space, Marius the giraffe and the lion family might still be alive. But, nothing on this planet is unlimited, and certainly not budgets or space.

The current European method favors culling over contraception to allow zoos to make (often very difficult) choices about what animals might be most valuable for the future preservation of the species.

If the idea of killing healthy animals because they don’t have the proper genes makes you squirm, you aren’t alone. Petitions to change the European Association of Zoos and Aquaria’s policies on euthanasia are circulating online. But at some point zoos have to make a decision about which of their animals they keep or allow to breed, and using contraception rather than culling isn’t without risk either.

Take Chicago’s Brookfield Zoo for example. In February, the Saint Louis Post Dispatch noted that contraception efforts at the zoo were working a little too well. So well, in fact, that long after being taken off the birth control Suprelorin, a lioness named Isis was still failing to give birth. And she wasn’t alone. All over the country lionesses that were once on birth control weren’t getting pregnant. It is still far too early to draw conclusions about the long-term effects of birth control on animals, but zookeepers are worried by the initial murmurings of the scant data available.

At the St. Louis Zoo, the headquarters for the Association of Zoos and Aquariums Wildlife Contraception Center, research into contraception methods continues. They acknowledge that individual animals, just like humans, present unique challenges. Animals living in herds might be more difficult to administer a drug to than those that live alone. Some might be too old or too young for a particular treatment. Others might have mitigating health issues. In their own words: “Zoos need options to best meet the needs of each animal and each situation.”

In the end, whether it’s in our subway systems, fields, or zoos, humans are now making decisions about which animals can reproduce and when. With that power comes the responsibility to find methods that are as responsible as possible—but figuring out the most efficient, humane and sustainable way of keeping our pests and pets from reproducing isn’t easy. As is always agonizingly the case, more research is needed.

This is part three in our three-part series exploring animal contraception. You can read part one (on pest control) here, and part two (on formerly endangered species) here.