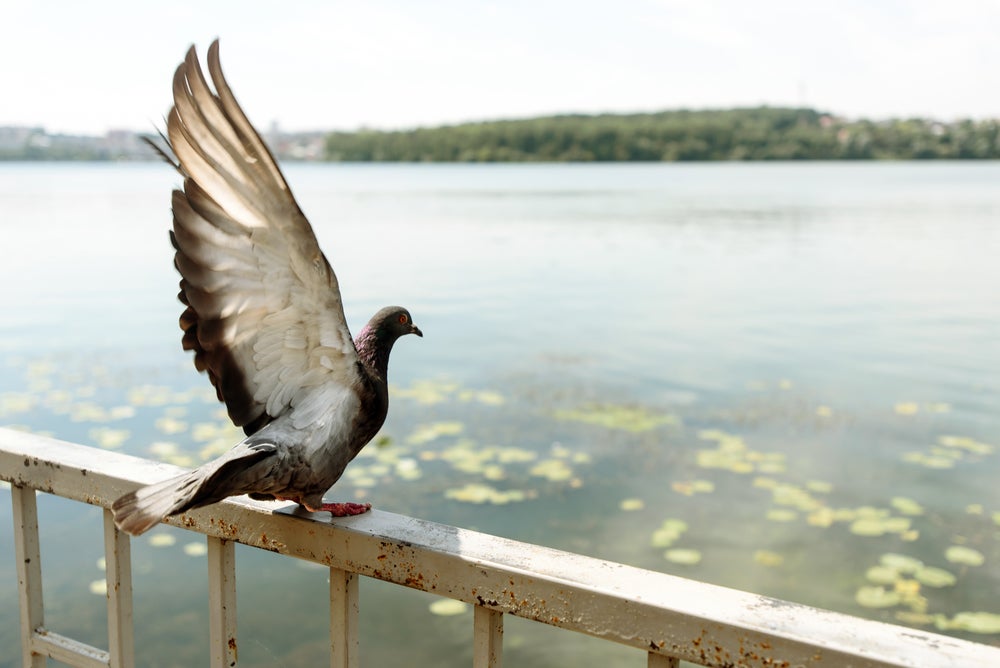 I was first introduced to the puzzling navigational abilities of homing pigeons in a university office overlooking the sunlit botanical gardens in Pisa, not very far from the famous Leaning Tower.

Paolo Luschi and Anna Gagliardo are both former pupils of the late Floriano Papi. Papi, who died only six months before my visit, had joined as a teenager the partisans fighting the Nazi forces then occupying Italy. He carried secret messages back and forth and would have been shot as a spy had he ever been caught. After the war, as a reward for his courageous services, Papi was given a scholarship to study at the Scuola Normale Superiore in Pisa, and went on to become an expert on flatworms, as well as light communication in fireflies. But Papi, who came from the island of Elba, was a keen sailor, and this prompted him to turn his attention to animal navigation.

Alfred Russell Wallace (1823–1913), joint discoverer with Darwin of the theory of evolution by natural selection, had proposed as long ago as 1873 that animals might find their way home with the help of smell:

*. . . the power many animals possess to find their way back over a road they have traveled blindfolded (shut up in a basket inside a coach, for example) has generally been considered to be an undoubted case of true instinct. But it seems to me that an animal so circumstanced will … take note of the successive odors of the way, which will leave on its mind a series of images as distinct and prominent as those we should receive by the sense of sight. The recurrence of these odors in their proper inverse order—every house, ditch, field, and village having its own well-marked individuality—would make it an easy matter for the animal in question to follow the identical route back, however many turnings and crossroads it may have followed.*

Despite Wallace’s prestige, other scientists did not rush to explore his idea. But in the 1970s, Papi picked up the challenge. He noticed that nobody had yet investigated the possibility that smell might play a part in the navigational repertoire of homing pigeons, though the importance of mysterious “atmospheric factors” had already been noted. At that time, students of bird navigation were focusing their attention almost exclusively on the use of celestial cues, especially the sun compass. Birds in general were not thought to make much use of smell, or even to have particularly sensitive noses. So when Papi deprived pigeons of their sense of smell (or made them “anosmic”), and found that they were unable to find their way home from an unfamiliar location thirty-four miles west of their loft in Florence—a journey that would not normally present them with any difficulty—it came as a big surprise, even to him.

Papi interpreted these puzzling results as evidence that the birds were paying very close attention to the different smells that blew across their home lofts. He thought they were associating the different scents carried to them with the direction from which the wind was blowing at the time. A pigeon that recognized one of these characteristic odors at the point where it was released would set a course for home by flying in the opposite direction to the one from which the wind had carried the same odor when it was sitting in its loft. This sounds strange, but in principle it is like taking a compass bearing of a distant landmark and then, having reached it, using the reversed (or “reciprocal”) course to find your way back to your starting point.

Thus was born the “olfactory navigation hypothesis.” But the notion that any useful long-distance navigational information could be derived from smells was greeted with incredulity. According to Gagliardo, Papi joked wryly that even his wife refused to believe in it.

At first, almost everyone found it impossible to accept that the sense of smell could operate usefully over distances of tens of miles. One particularly serious objection was that turbulence would surely mix up the air so much as to render any long-range olfactory information hopelessly confused by the time it reached the bird’s nostrils. It was also troubling that many scientists outside Italy had difficulty in replicating the results Papi had reported.

One very reasonable concern, originally shared by Papi himself, is that the procedures used to deprive the birds of their sense of smell might leave them so confused or distressed that they could no longer attend to navigational cues of any kind—olfactory or otherwise. However, this seems not to be the case. Many experiments have shown that pigeons deprived of their sense of smell can navigate successfully, if they are released in a familiar area where they are able to use landmark information to find their way home.

But is there any way of showing that the homing behavior of pigeons is affected by the direction of the winds reaching them in their loft?

Papi exposed young pigeons to winds that had been deflected to the left or right by vanes set up around their loft. He even tried reversing the wind direction with the help of fans. On the assumption that the winds are supplying crucial information, this piece of trickery might be expected to lead the birds astray, and that is indeed what happened. As demanded by Papi’s theory, the birds exposed to deflected winds headed off in the corresponding “wrong” direction when released.

There seems to be a crucial phase during their development when pigeons need access to wind information, if they are subsequently to make use of odors for navigational purposes. So perhaps, rather like salmon, young pigeons “imprint” on windborne smells.

But skeptics find the “deflector loft” experiments unconvincing. Some have suggested that the vanes of the deflectors interfered with the polarized light cues on which the pigeons’ sun compass may depend, 8 or that they distorted important acoustic cues.

Over the last forty-odd years, adherents of Papi’s hypothesis have worked hard to address these and other objections.

A leading German expert on bird navigation, Hans Wallraff, was initially as skeptical as anyone. He realized, however, that the proper response to Papi’s findings was to test them thoroughly. Walraff has recently listed no fewer than seventeen different kinds of experiment that have, he believes, “yielded a coherent collection of findings supporting olfaction-based navigation.”

Perhaps the most striking of these involved the use of a so-called false release site. Pigeons were taken in airtight containers ventilated with filtered, smell-free air to a site where they were allowed to breath the local air for a few hours, but not released. Then they were moved—again in purified air—to a new site located in the opposite direction with respect to their home loft. There they were deprived of their sense of smell, without having first had access to the local odors, and finally let go. The birds then headed in the “false home direction.” In other words, they went in the direction that would have made sense from the first site at which they had been allowed to sample the air but not released. By contrast, “control” birds that were exposed to the local air at the actual release site, before being rendered anosmic, followed the right course for home.

So it appeared that the first group of birds used the only information available to them—the smell to which they had been exposed at the first site—and therefore oriented in the wrong direction. On the other hand, the second group, having the advantage of the more up-to-date and relevant olfactory information, chose the right direction. This was ingenious, but it did not satisfy everyone. Critics of Papi’s theory have carried out similar “false release site” experiments, in which they exposed pigeons to nonsense, artificial odors at the “false” release site—odors that could not have provided them with any useful navigational information. They found that these birds were just as well oriented at the actual release site as controls exposed to the real, local air. They briskly concluded that “olfactory exposure provides no navigational information to pigeons whatsoever.” In their view, the smells, whether nonsense or real, serve only to alert the birds to the fact that they are somewhere strange, thereby triggering some completely different navigational system; they do not supply any other navigationally useful information.

More recently, however, when Gagliardo and other advocates of the olfactory navigation hypothesis tried to repeat the same experiment, they found that exposure to nonsense smells at the false release site did weaken the birds’ homing ability. It is possible that differences in the training, age and experience of the pigeons, or in their geographical surroundings, may account for these contradictory findings. So we seem to be at an impasse, and some experts now believe that the long-running debate about olfactory navigation in pigeons will not be settled until the two sides agree to collaborate on a new set of uniformly designed experiments.

Excerpted from Supernavigators: Exploring the Wonders of How Animals Find Their Way © David Barrie, 2019. Reprinted by permission of the publisher, The Experiment. Available wherever books are sold. theexperimentpublishing.com.