Check This Out: A 3-D Printer Made From E-Waste 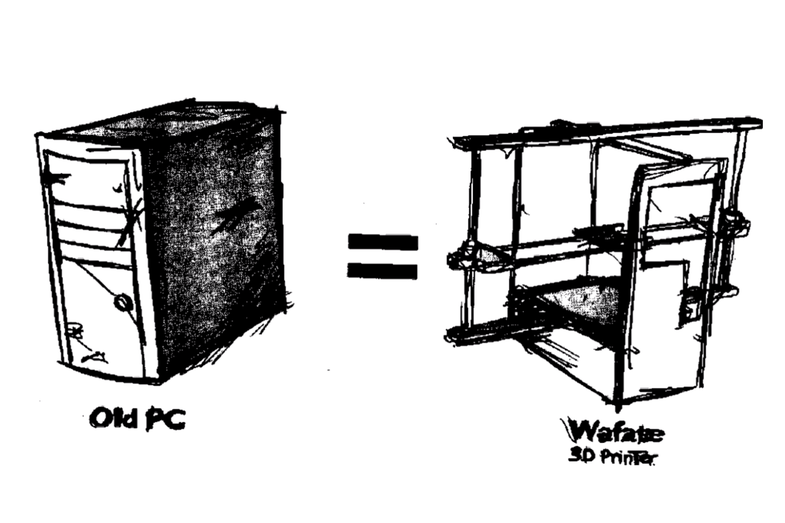 Gnikou is part of WoeLab, a hackerspace in the city of Lomé, as well as a geographer and an occasional maintenance technician, according to a crowd funding page for his project. He gets most of his material from a junk yard in Lomé, though he did have to buy a few parts. All together, the printer ended up costing him about $100, a far cry from the hundreds or thousands of dollars you’d shell out to buy one. (Even the minimalist Printrbot Simple retails at $299.) He told euronews, “My dream is to give young people hope and to show that Africa, too, has its place on the global market when it comes to technology.”

He and his printer system are part of this year’s NASA International Space Apps Challenge in Paris, proposing to use e-waste to make 3-D printers that would print tools to colonize Mars.