3 Beautiful Instruments Made From Stuff Nobody Wanted

They don't sound bad, either 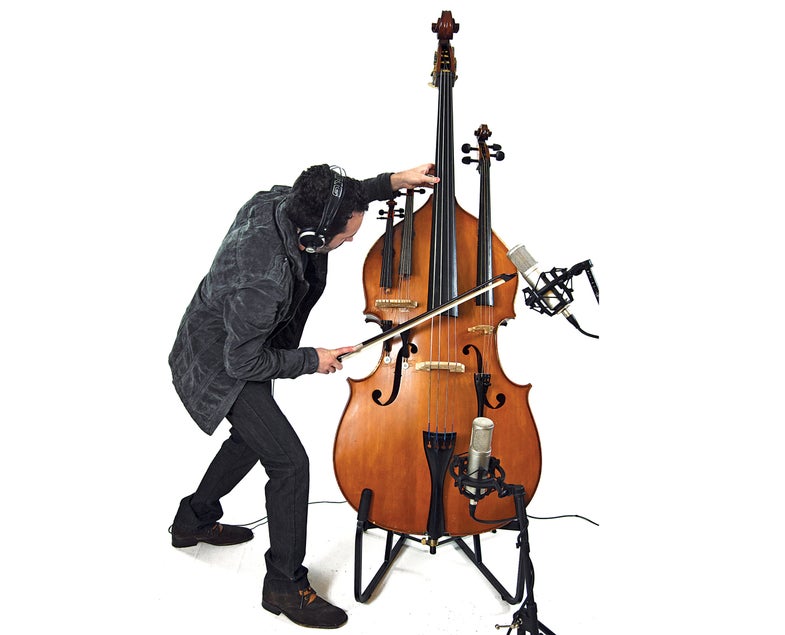 Diego Stocco crafted his first Frankeninstrument when he was 16. Today the 37-year-old Italian musician enlists more than 30 unique creations to write and play scores for popular movies, TV shows, and videogames. One of his favorites, and the centerpiece of his eclectic ensemble, is the Experibass. Stocco built it on a whim in 2009, melding parts from a broken violin, a viola, and a cello to an upright bass [pictured] just to see how it would sound. The finished device resonates somewhat like a piano when he plays, Stocco says, but none of the instruments it’s sourced from are easy to distinguish. “It doesn’t really sound like anything else,” Stocco says. “It’s just the Experibass.” 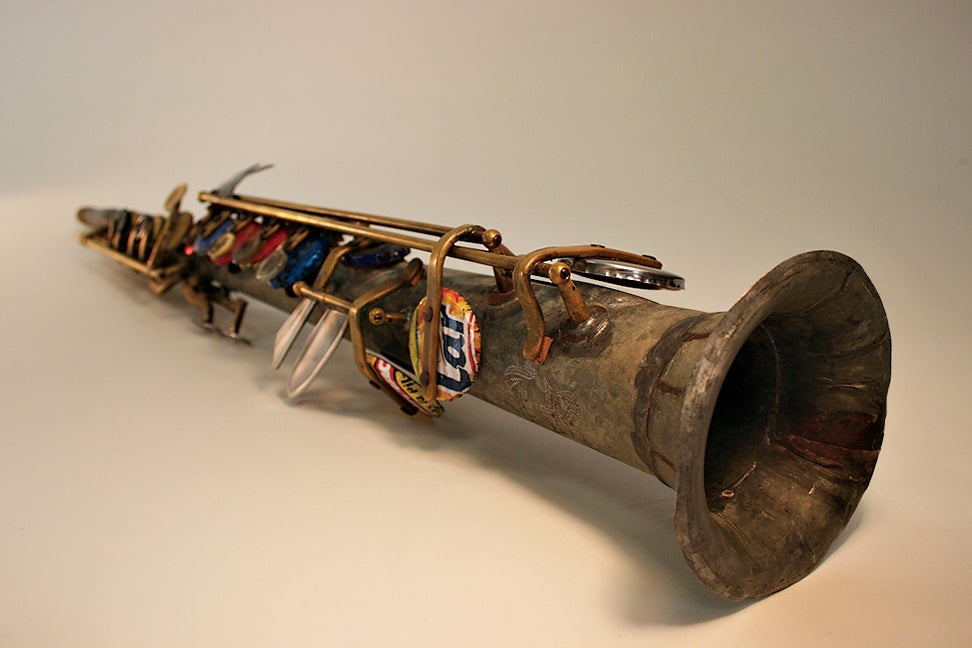 Environmental technologist Favio Chávez visited a slum in Cateura, Paraguay, in 2006 to start a recycling program. But the sight of school dropouts rummaging in a landfill inspired Chávez—a part-time music instructor—to provide the kids with a new opportunity: becoming trained musicians. Traditional instruments cost more than a house in Cateura, so Chávez asked local residents Nicolás Gómez and Tito Romero for help. The duo built cellos from oilcans, drums from radiographs, and violins from paint cans and forks. Their saxophone was made from beer caps and a water pipe.

The kids learned to play their instruments so well that they formed a group, called the Recycled Instruments Orchestra. They’ve performed in Brazil and the Netherlands and have a U.S. appearance in the works. Their ensemble is also the subject of an upcoming documentary, Landfill Harmonic, expected to premiere in early 2014. Executive producer Alejandra Nash says Chávez has infused the children with a newfound sense of pride. “They love showing off their instruments,” she says. Gómez has even begun to teach the kids to build their own music makers from junk. 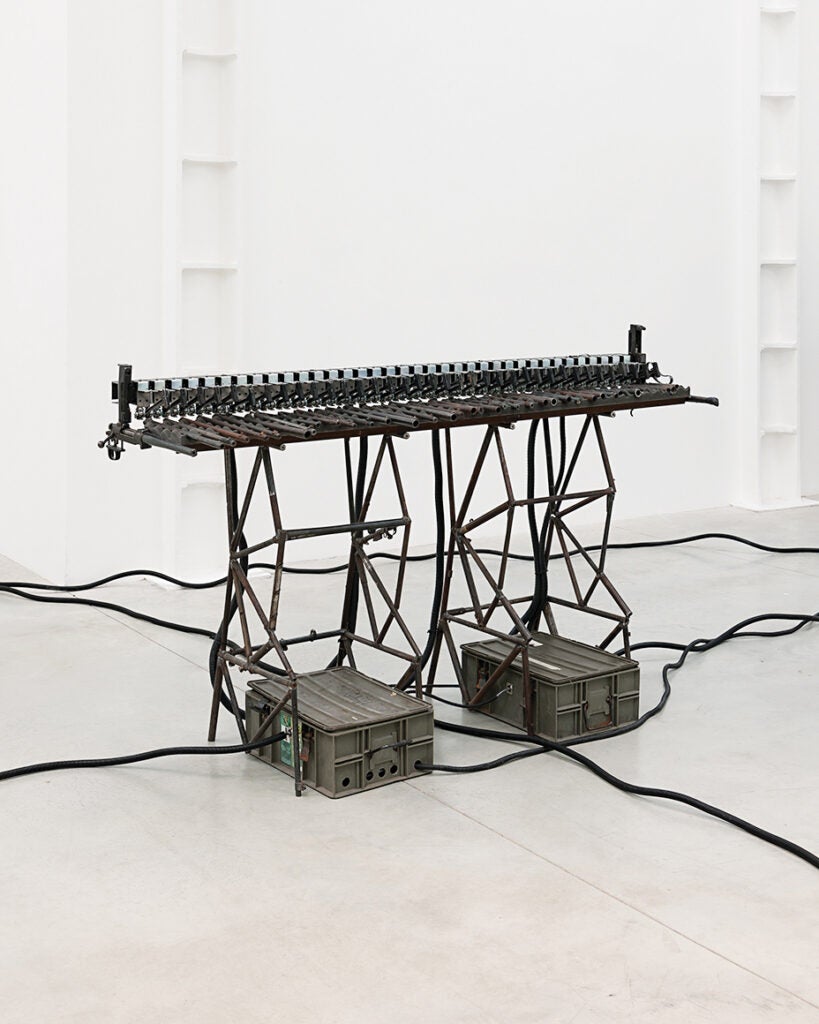 In 2008, Mexican artist Pedro Reyes melted down 1,527 discarded guns, cast the metal into 1,527 shovels, and began planting 1,527 trees with them. The Mexican army took notice and, last year, gave Reyes 6,700 confiscated guns. Reyes and a small team of musicians bent, sliced, and fused the weaponry into an ensemble called Disarm. They cut rifle barrels into a xylophone [above]. Gun barrels became flutes. Still other firearms formed an electric-guitar body. Reyes’s instruments now tour the world, so that musicians can play them—and spread a message of peace. “The same kind of transformation that the material experienced is a transformation that I wish to see in society,” he says.