Microwaves aren't easy enough. Not yet. 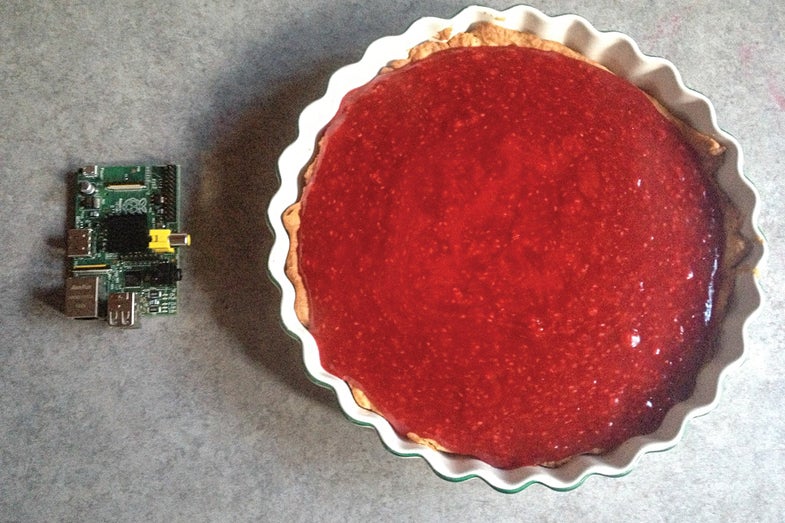 Paying homage to the microwave's electronic brain (a Raspberry Pi), one of the first things Broadbent cooked in his oven was a raspberry pie. Nathan Broadbent
SHARE

Web developer Nathan Broadbent loved automating everyday tasks. He also loved frozen dinners and wanted to program his microwave to prepare them. He suspected an oven could harness Universal Product Codes—the bar codes found on almost all food packaging—to download and execute cooking instructions all by itself. “We’re at this point with technology that we have everything we need to make this possible, but no one’s doing it,” he says. To prove it, Broadbent took apart a 1990s-era microwave, studied its circuitry, and integrated a Raspberry Pi mini computer (and a custom circuit board) to hijack the oven’s electronics. Next, he attached a Wi-Fi adapter, a microphone, a speaker, and a barcode scanner. When the scanner identifies a food, the Pi downloads cooking instructions from an online database that Broadbent created and programs the oven to carry them out. The appliance even obeys voice commands (e.g., “Cook on high for two minutes”) and accepts instructions wirelessly via Internet-connected devices. When something finishes cooking, the oven doesn’t just beep—it speaks and can also update a Twitter account. So now Broadbent can have his microwavable cake and tweet it too.