Japan Company To Give Maglev Tech To U.S. For Free

Might we get levitating train tech any time soon? 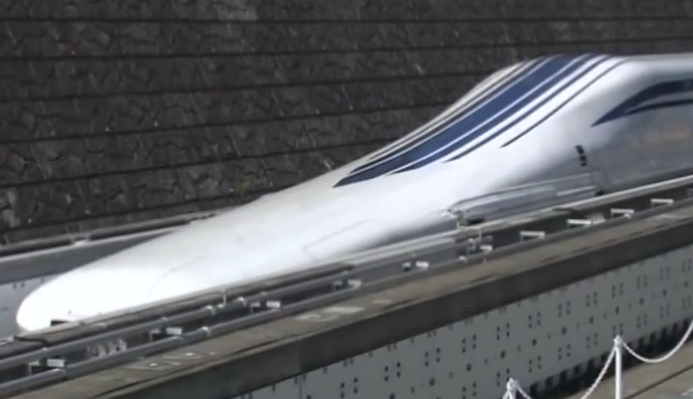 The Japanese rail operator JR Tokai said it would not charge the US to license its proprietary “maglev” technology, which allows trains to hover about 4 inches (10 centimeters) above tracks and travel at speeds of 310 mph (500 kph), according to Nikkei. It is hoping the US will use its train for a proposed high-speed rail line between Washington D.C. and Baltimore.

The magnetic-levitation technology works by creating magnetic fields with onboard superconducting magnets, which interact with ground coils in the rail, allowing the whole train to “float” just above the ground. And go really fast.

On Saturday (April 12), Prime Minister Shinzo Abe and U.S. Ambassador to Japan Caroline Kennedy took a ride on a maglev train in Yamanashi Prefecture, according to the Japan Times. “The government is making arrangements so that Prime Minister Shinzo Abe can offer the technological assistance when he meets with U.S. President Barack Obama in Tokyo on April 24,” the Times added.

One group, known as Northeast Maglev, is hoping to bring just such technology to the US, to build a train from New York to Washington. Here’s how Slate describes that idea:

This doesn’t have the best chance of happening in the near future, given (in part) the difficulty of funding rail projects in the US. But perhaps Japan’s offer will change things. As Nikkei reported, “the Japanese government intends to finance half of the estimated construction cost of 1 trillion yen ($9.75 billion) through the Japan Bank for International Cooperation.”