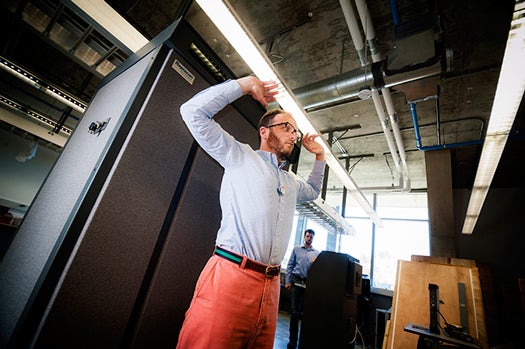 Since 2010, the Transportation Security Administration has largely dismissed the public’s worries about the use of full-body x-ray security scanners. The official line is that the “naked scanners,” despite privacy and health concerns, are crucial to prevent individuals from sneaking weapons, explosives, and other dangerous materials onto aircraft or into a government building.

As it turns out, the scanners are actually pretty easy to fool.

On Thursday, security researchers from UC San Diego, the University of Michigan, and Johns Hopkins presented results from a months-long study that show how someone can hide weapons from the scanners through a number of simple tricks. From using Teflon tape to cover an object or just strategic placement of an object around the body, to more cunning approaches like installing malware onto the scanner’s console, a person could get away with a concealed weapon or explosive with little trouble.

Although the scanners the researchers tested – the Rapiscan Secure 1000 machines – haven’t been used in airports since 2013, they are still widely used in federal buildings like jails and courthouses. It cost taxpayers over $1 billion to have them installed in more than 160 airports.

Wired has more details on the study. One of the more striking aspects is how the researchers approached their testing, which differs from past experiments:

If all it takes is some money spent on eBay to acquire a full-body scanner, there’s no telling what a motivated group of would-be attackers with time on their hands could learn, especially if they had access to more advanced physical and digital equipment. The researchers are imploring the TSA and other security agencies to conduct more of the type of aggressive, “adversarial” testing the researcher’s themselves ran.

So far, the TSA has yet to comment substantively on the study or its results.