You could live the dream and leave your laptop in your bag. 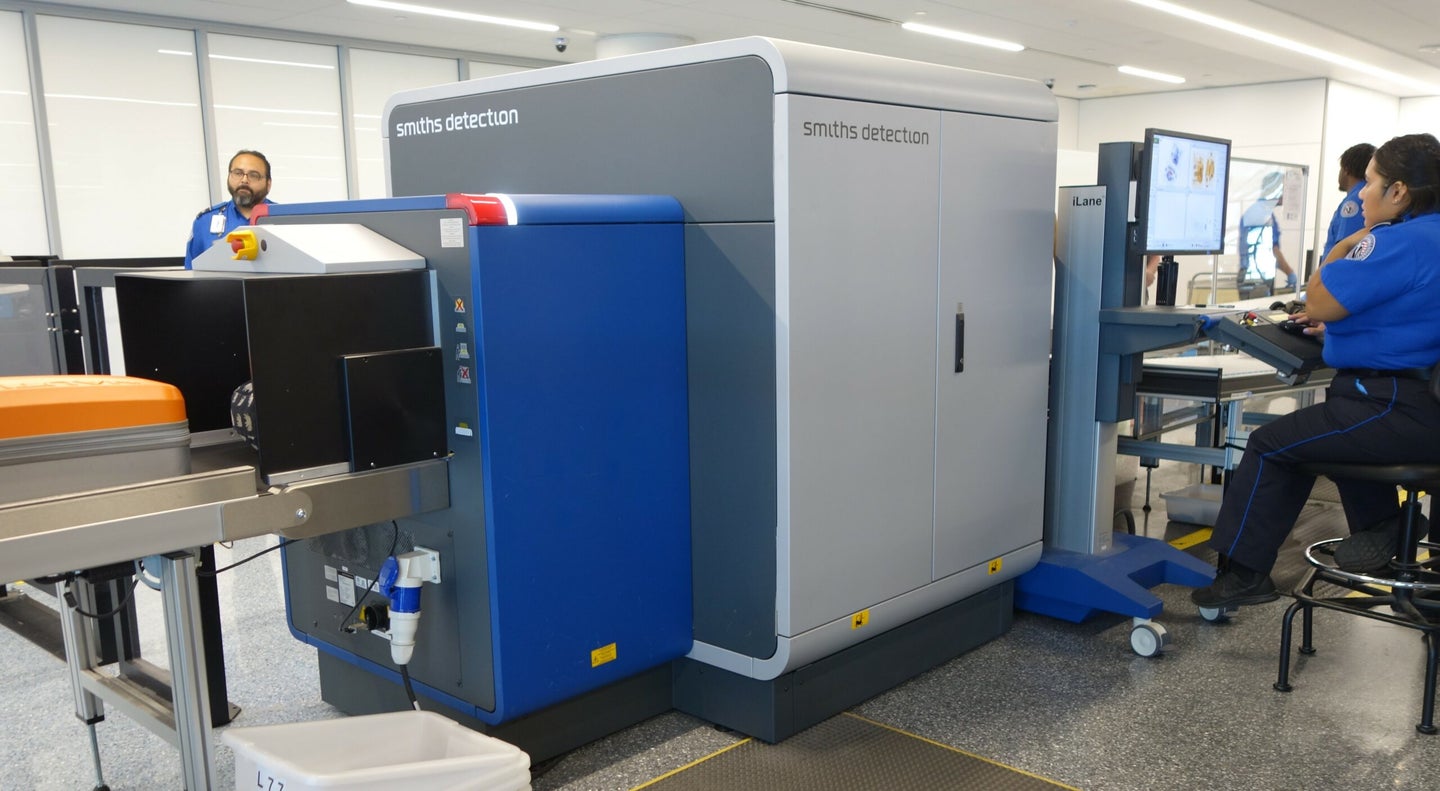 The worst part about going through a TSA security checkpoint to get to your flight is, well, every part. From waiting in line while fretting about the time, to taking off your shoes, to separating your stuff into bins, each moment is an annoyance. But the process may improve in the future as the TSA invests in more CT scanners for carry-on bags, meaning that travelers should be able to leave their laptops in their bags, and possibly small amounts of liquids someday, too.

The TSA announced late last month that it is ordering 300 new CT scanners—the initials stand for computed tomography—at a price of $96.8 million. While 22 CT scanners are already in place at checkpoints at airports such as Atlanta’s Hartsfield-Jackson and Chicago O’Hare, the new machines on order represent a significant ramp-up of a technology they first started testing in this manner in 2017.

The TSA says its goal is to eventually have the machines at every security checkpoint, and that the 300 new ones will be deployed by 2020.

Right now, in airports where CT machines already exist at TSA checkpoints, passengers can leave their laptops and other electronics in their carry-on bags. The next step, the TSA says, would be to allow small amounts of liquids (in line with their 3.4-oz rule) to stay in, too.

This latitude towards leaving electronics in the bag comes because a CT scanner produces such robust images.

The difference between the traditional x-ray machine you send your backpack and neck pillow through, and a CT scanner, is that the latter can check your stuff in three dimensions. “Current X-ray systems may operate with one to multiple generators scanning objects from different views,” a representative for Smiths Detection, which is making the new CT scanners, explained via email. “CT, however, rotates around an object to produce a more detailed 3-d image.” This digital image, the TSA says, is manipulatable by an officer who wants to inspect it from different perspectives.

Computed tomography scanners have already been used in the past to examine checked luggage—this difference here is that they’re coming to TSA checkpoints where officers inspect carry-ons.

Smiths Detection also said that their system “offers deep learning solutions for object recognition.” (Generally speaking, deep learning is a form of artificial intelligence in which computer algorithms learn from data—for example, machine learning systems can be trained to identify the objects it sees in photos, for example.) “This capability allows for automated detection of firearms, knives, lithium ion batteries and other prohibited items,” Smiths Detection added.

By the end of this year, the total number of CT scanners at US airports should be around 100, the TSA says. “Like existing CT technology used for checked baggage, the machines create such a clear picture of a bag’s contents that computers can automatically detect explosives, including liquids,” the TSA notes.