Wartime Bunkers: The Perfect Place For Research And Innovation

1. Power Plants One of Europe’s newest solar and biofuel-power stations is a former Hamburg air-raid shelter called the Energiebunker.... 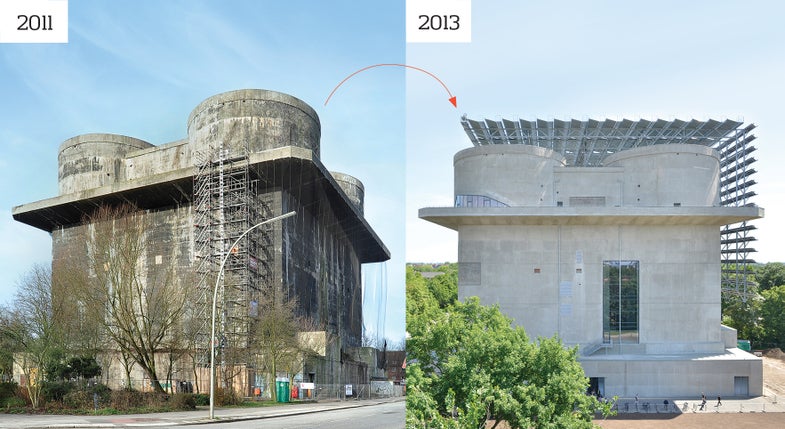 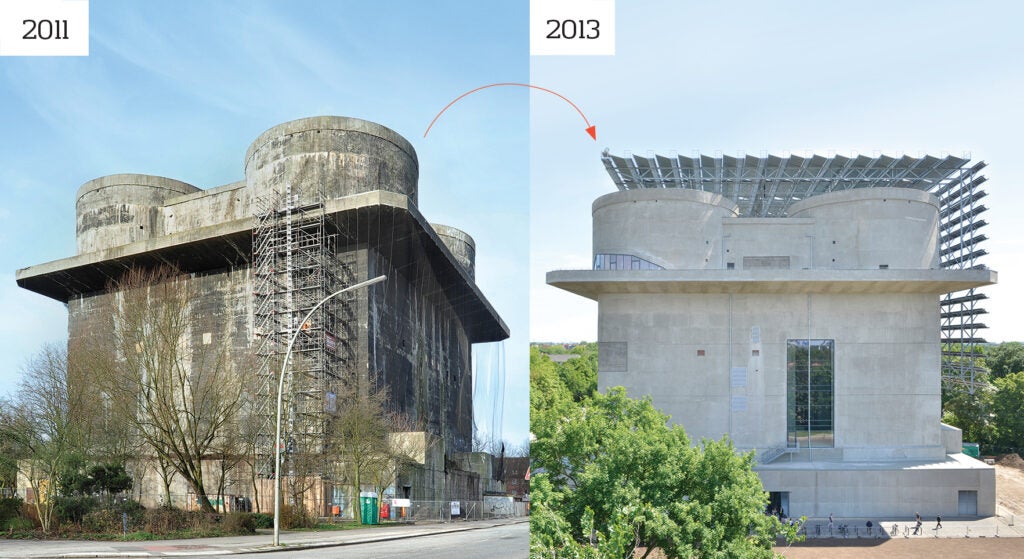 The Energiebunker in Hamburg held as many as 10,000 residents during Allied attacks.

One of Europe’s newest solar and biofuel-power stations is a former Hamburg air-raid shelter called the Energiebunker. The 138-foot-tall structure was inaugurated last year and is scheduled for completion in 2015. It holds equipment that will generate electricity for 1,000 households and heat for 3,000, creating 95 percent less carbon-dioxide emissions from heating than oil and gas boilers.

Six years ago, Tel Aviv University researchers found 10 species of endangered bats in abandoned bunkers on Israel’s Jordanian border. It’s a quiet home—much of the area is an off- limits minefield. The scientists added wire mesh and roughed-up cement for better bat grip and insulation.

Internet provider Bahnhof turned a Cold War–era, nuclear-bomb-proof bunker 98 feet below the streets of Stockholm into its exceptionally secure headquarters and data center. The newly renovated space, which once housed WikiLeaks’ data, opened in 2008 and safeguards 8,000 servers.