An Essay-Writing Machine Made To Fool Other Machines 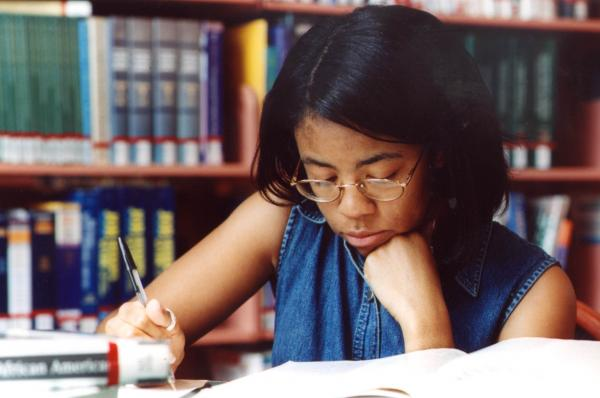 Step right up, ladies and gentlemen, we’re taking bets. The fight is machine versus machine. Will one of them be able to spot the tricks of the other?

Machine #1 is an algorithm, developed by computer science students at MIT and Harvard University, that is able to write an essay in under one second, The Chronicle of Higher Education reports. Before you get too excited, this is not the machine to get you through that English class you dread. It’s designed to come up with grammatically correct, keyword-stuffed nonsense. The essays are made to fool other machines, algorithms that several startups have made in recent years that automatically grade essays.

The idea is that essay-grading algorithms could save time and effort for teachers, professors, and standardized testing companies. Researchers have done studies to show the scores automated essay graders give to papers are similar to the scores human readers give. So maybe this is the machine to get you through English 101, if you know you’re being graded by algorithm.*

But some writing teachers say the machines are flawed and easy to exploit. After all, they’re machines. They can’t read like people. Instead, many look for shorthand markers for writing quality, such as sophisticated vocabulary, or transition words at the beginnings of paragraphs. That doesn’t mean they’re simple machines. Many are able to learn and improve over time using artificial intelligence. Still, detractors say they’re not good enough.

The new robot essay-writer project is led by one anti-robot-grader advocate, Les Perelman, a retired MIT writing instructor. He made it to reveal automated graders’ weaknesses. From the Chronicle report, it’s not clear if he has systematically pitted his creation against automated essay graders, but here’s to hoping. The Chronicle did offer one example, an essay generated from just one keyword, “privacy.” Here are a couple of example sentences from the paper: “Privateness has not been and undoubtedly never will be lauded, precarious, and decent. Humankind will always subjugate privateness.” Whew. The Chronicle reported an automated grading product called MY Access!, which is used in the grading of the Graduate Management Admission Test, gave that paper a score of 5.6 out of 6.

*_Popular Science_ is joking and does not condone cheating. English class is fun! You should do your reading.

The Chronicle of Higher Education