Here’s Where The Rosetta Lander Will Touch Down … Or Crash

The first ever landing on a comet may be a bumpy one. 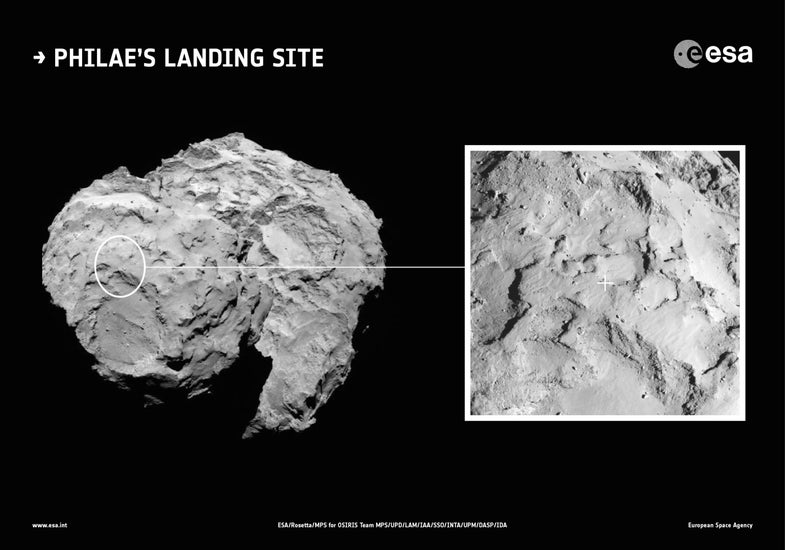 The European Space Agency has finally chosen a target for Rosetta’s lander.

The Rosetta spacecraft arrived at comet 67P/Churyumov-Gerasimenko in August, after a 10-year journey. Since then the orbiter has been circling the comet, looking for the perfect spot to deploy a lander onto the surface of the comet.

Choosing a landing site wasn’t easy, and the process was made more difficult by the odd, rubber ducky shape of the comet.

Of the five potential targets, the team has decided to aim for “Site J,” a relatively flat spot on the ‘head’ of the comet. The 220-pound lander, named Philae, is scheduled for touch down on November 11.

Scientists are warning that the landing may be a rough one, because the comet’s landscape is jagged, marked with deep depressions, cliffs, boulders, and fractures, the BBC reports.

If the November landing is successful, it’ll be the first time mankind has dropped a probe onto a comet’s surface. Since comet 67P formed at the dawn of the solar system, the hope is that studying its nature and composition will reveal how Earth and the solar system formed.

If the lander fails, the Rosetta orbiter will continue to follow the comet as its elliptical orbit brings it closer to the Sun. As it heats up, the comet’s ice will vaporize. By tasting the gas that comes off, Rosetta and (hopefully) Philae will get a clearer picture of how the comet — and the newborn solar system — were built. 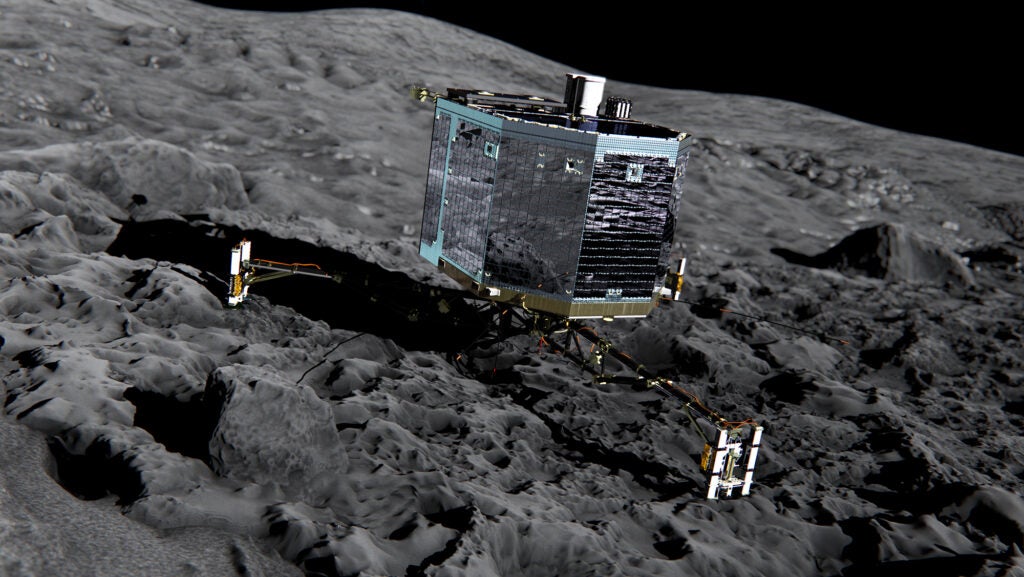 An artist’s impression of what Philae will look like once it anchors into the surface of comet 67P.
Space
ESA