Philae Lander Communicates From Comet After Seven Months of Silence 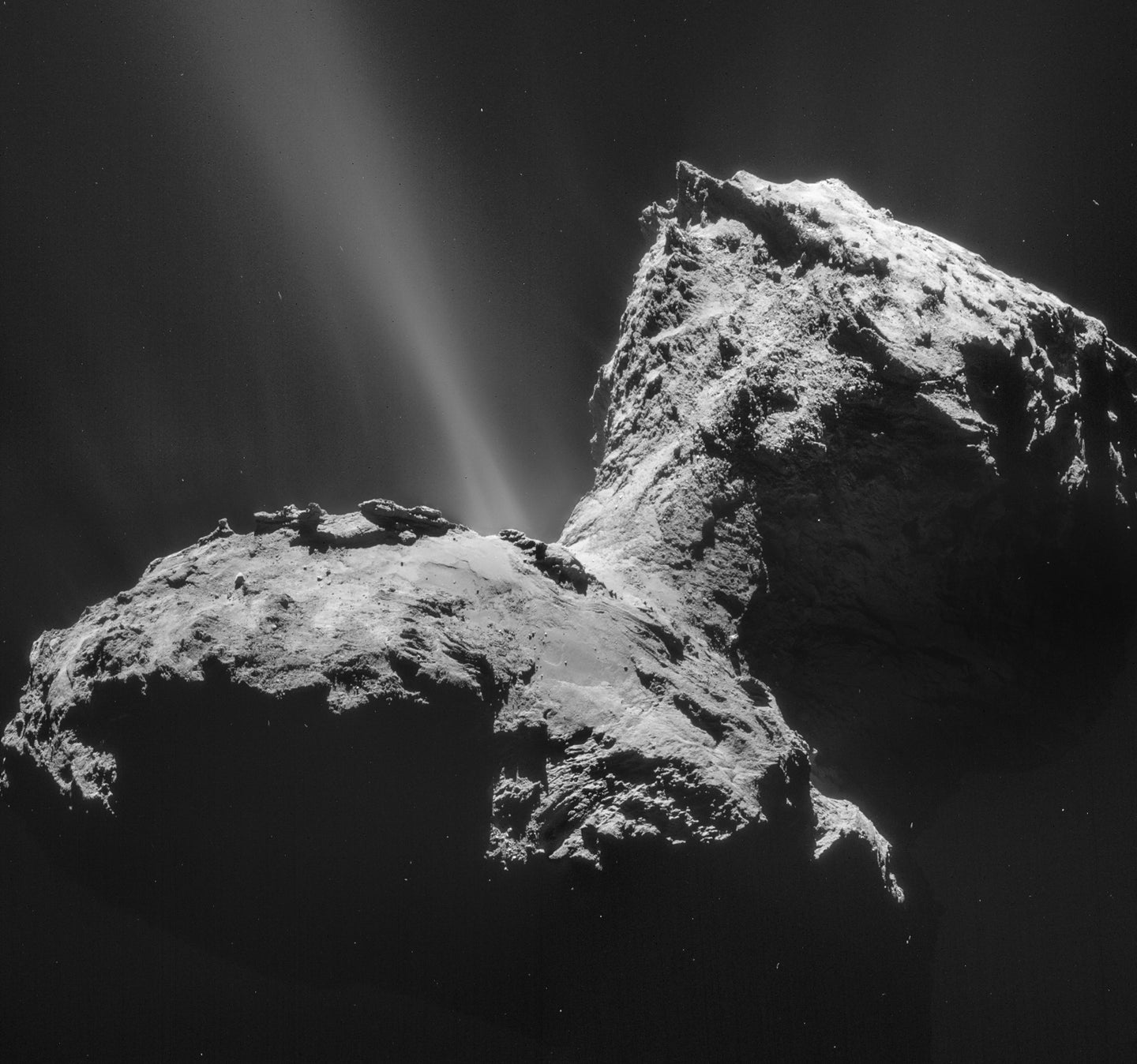 It’s alive! The first spacecraft ever to touch down on a comet is back from the dead.

In November, the Rosetta mission’s Philae lander was supposed to achieve the first-ever soft landing on a comet. That landing wasn’t as soft as planned, though. Unable to anchor into the comet’s surface, Philae ricocheted away from the nice, flat landing site that scientists had picked out for it, soaring at least half a mile until finally banging down in the shadow of what may be a jagged cliff. There, in the shade, Philae’s solar panels haven’t been able to collect enough sunlight to keep the power on. On November 15, the spacecraft went silent. But Philae was never actually dead, just hibernating—and now it has woken up.

On Saturday, the lander “spoke” with scientists at the European Space Agency’s mission control station for 85 seconds. Philae has apparently been awake for a few days now, collecting data. It has beamed back 300 information packets since Saturday, and is storing another 8000 packets that it collected in recent days.

The lander’s revival is not entirely surprising. Scientists had hoped that its solar panels would receive more light this spring as Comet 67P/Churyumov-Gerasimenko nears its perihelion—the spot where the comet is at its closest point to the Sun—on August 13.

For now, New Scientist reports that the Rosetta team is working to establish better communications link with the lander. Since the Rosetta orbiter relays the signal between the lander and Earth, we can only hear from Philae when the orbiter is overhead.